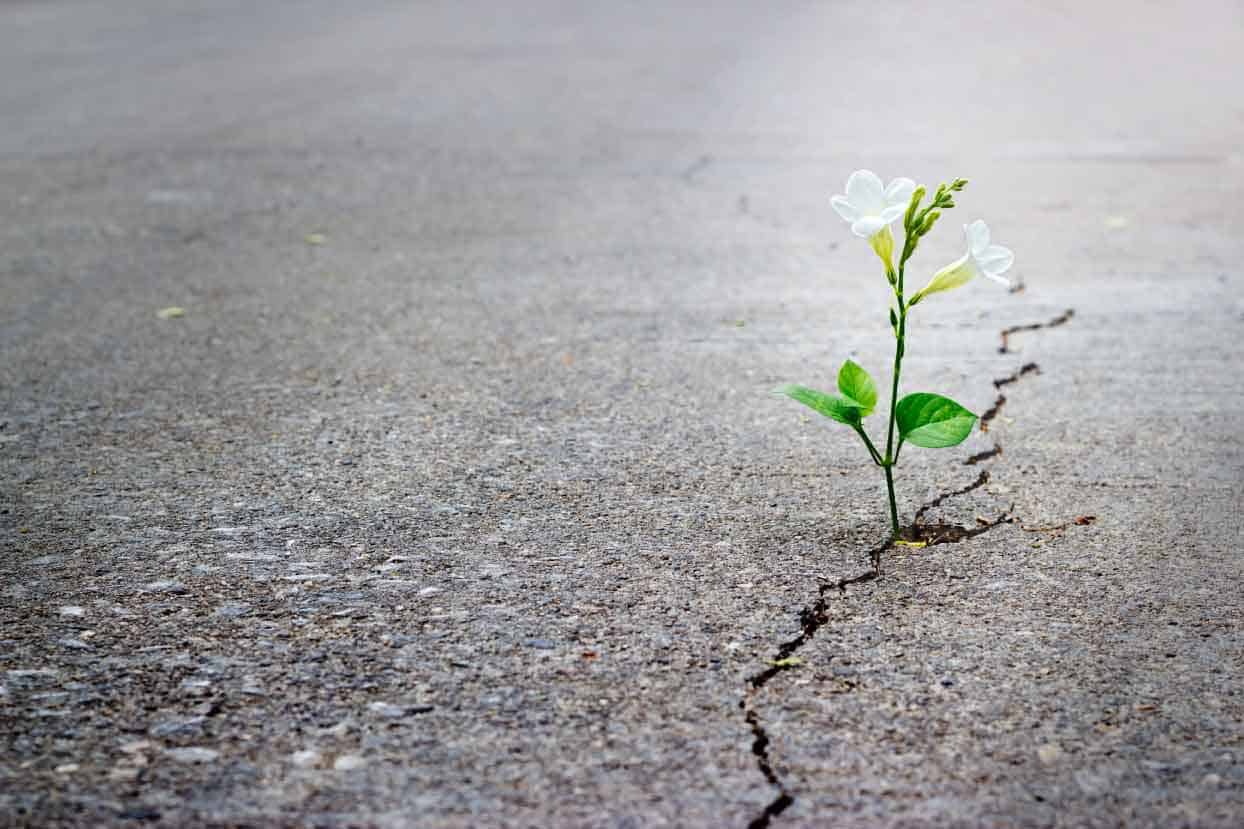 Just about everyone found something to dislike about 2016, from wars to politics and celebrity deaths. But hidden within this year’s news feeds were some really exciting news stories. And some of them can even give us hope for the future.

Though concerns about the future of AI still loom, 2016 was a great reminder that, when harnessed for good, AI can help humanity thrive.

Some of the most promising and hopefully more immediate breakthroughs and announcements were related to health. Google’s DeepMind announced a new division that would focus on helping doctors improve patient care. Harvard Business Review considered what an AI-enabled hospital might look like, which would improve the hospital experience for the patient, the doctor, and even the patient’s visitors and loved ones. A breakthrough from MIT researchers could see AI used to more quickly and effectively design new drug compounds that could be applied to a range of health needs.

More specifically, Microsoft wants to cure cancer, and the company has been working with research labs and doctors around the country to use AI to improve cancer research and treatment. But Microsoft isn’t the only company that hopes to cure cancer. DeepMind Health also partnered with University College London’s hospitals to apply machine learning to diagnose and treat head and neck cancers.

Other researchers are turning to AI to help solve social issues. While AI has what is known as the “white guy problem” and examples of bias cropped up in many news articles, Fei Fei Li has been working with STEM girls at Stanford to bridge the gender gap. Stanford researchers also published research that suggests  artificial intelligence could help us use satellite data to combat global poverty.

It was also a big year for research on how to keep artificial intelligence safe as it continues to develop. Google and the Future of Humanity Institute made big headlines with their work to design a “kill switch” for AI. Google Brain also published a research agenda on various problems AI researchers should be studying now to help ensure safe AI for the future.

Even the White House got involved in AI this year, hosting four symposia on AI and releasing reports in October and December about the potential impact of AI and the necessary areas of research. The White House reports are especially focused on the possible impact of automation on the economy, but they also look at how the government can contribute to AI safety, especially in the near future.

And of course there was AlphaGo. In January, Google’s DeepMind published a paper, which announced that the company had created a program, AlphaGo, that could beat one of Europe’s top Go players. Then, in March, in front of a live audience, AlphaGo beat the reigning world champion of Go in four out of five games. These results took the AI community by surprise and indicate that artificial intelligence may be progressing more rapidly than many in the field realized.

And AI went beyond research labs this year to be applied practically and beneficially in the real world. Perhaps most hopeful was some of the news that came out about the ways AI has been used to address issues connected with pollution and climate change. For example, IBM has had increasing success with a program that can forecast pollution in China, giving residents advanced warning about days of especially bad air. Meanwhile, Google was able to reduce its power usage by using DeepMind’s AI to manipulate things like its cooling systems.

And speaking of addressing climate change…

With recent news from climate scientists indicating that climate change may be coming on faster and stronger than previously anticipated and with limited political action on the issue, 2016 may not have made climate activists happy. But even here, there was some hopeful news.

Among the biggest news was the ratification of the Paris Climate Agreement. But more generally, countries, communities and businesses came together on various issues of global warming, and Voices of America offers five examples of how this was a year of incredible, global progress.

But there was also news of technological advancements that could soon help us address climate issues more effectively. Scientists at Oak Ridge National Laboratory have discovered a way to convert CO2 into ethanol. A researcher from UC Berkeley has developed a method for artificial photosynthesis, which could help us more effectively harness the energy of the sun. And a multi-disciplinary team has genetically engineered bacteria that could be used to help combat global warming.

Biotechnology -- with fears of designer babies and manmade pandemics – is easily one of most feared technologies. But rather than causing harm, the latest biotech advances could help to save millions of people.

In the course of about two years, CRISPR-cas9 went from a new development to what could become one of the world’s greatest advances in biology. Results of studies early in the year were promising, but as the year progressed, the news just got better. CRISPR was used to successfully remove HIV from human immune cells. A team in China used CRISPR on a patient for the first time in an attempt to treat lung cancer (treatments are still ongoing), and researchers in the US have also received approval to test CRISPR cancer treatment in patients. And CRISPR was also used to partially restore sight to blind animals.

Where CRISPR could have the most dramatic, life-saving effect is in gene drives. By using CRISPR to modify the genes of an invasive species, we could potentially eliminate the unwelcome plant or animal, reviving the local ecology and saving native species that may be on the brink of extinction. But perhaps most impressive is the hope that gene drive technology could be used to end mosquito- and tick-borne diseases, such as malaria, dengue, Lyme, etc. Eliminating these diseases could easily save over a million lives every year.

The year saw other biotech advances as well. Researchers at MIT addressed a major problem in synthetic biology in which engineered genetic circuits interfere with each other. Another team at MIT engineered an antimicrobial peptide that can eliminate many types of bacteria, including some of the antibiotic-resistant “superbugs.” And various groups are also using CRISPR to create new ways to fight antibiotic-resistant bacteria.

If ever there was a topic that does little to inspire hope, it’s nuclear weapons. Yet even here we saw some positive signs this year. The Cambridge City Council voted to divest their $1 billion pension fund from any companies connected with nuclear weapons, which earned them an official commendation from the U.S. Conference of Mayors. In fact, divestment may prove a useful tool for the general public to express their displeasure with nuclear policy, which will be good, since one cause for hope is that the growing awareness of the nuclear weapons situation will help stigmatize the new nuclear arms race.

In February, Londoners held the largest anti-nuclear rally Britain had seen in decades, and the following month MinutePhysics posted a video about nuclear weapons that’s been seen by nearly 1.3 million people. In May, scientific and religious leaders came together to call for steps to reduce nuclear risks. And all of that pales in comparison to the attention the U.S. elections brought to the risks of nuclear weapons.

As awareness of nuclear risks grows, so do our chances of instigating the change necessary to reduce those risks.

The United Nations Takes on Weapons

But if awareness alone isn’t enough, then recent actions by the United Nations may instead be a source of hope. As October came to a close, the United Nations voted to begin negotiations on a treaty that would ban nuclear weapons. While this might not have an immediate impact on nuclear weapons arsenals, the stigmatization caused by such a ban could increase pressure on countries and companies driving the new nuclear arms race.

The U.N. also announced recently that it would officially begin looking into the possibility of a ban on lethal autonomous weapons, a cause that’s been championed by Elon Musk, Steve Wozniak, Stephen Hawking and thousands of AI researchers and roboticists in an open letter.

And why limit our hope and ambition to merely one planet? This year, a group of influential scientists led by Yuri Milner announced an Alpha-Centauri starshot, in which they would send a rocket of space probes to our nearest star system. Elon Musk later announced his plans to colonize Mars. And an MIT scientist wants to make all of these trips possible for humans by using CRISPR to reengineer our own genes to keep us safe in space.

Yet for all of these exciting events and breakthroughs, perhaps what’s most inspiring and hopeful is that this represents only a tiny sampling of all of the amazing stories that made the news this year. If trends like these keep up, there’s plenty to look forward to in 2017. 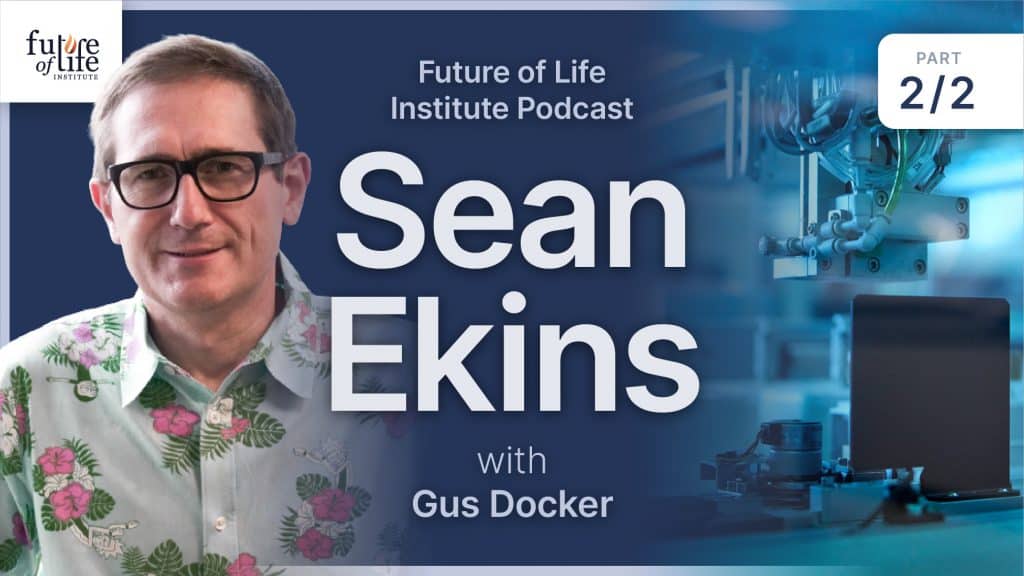