A Battle Is Waged

A battle over CRISPR is raging through the halls of justice. Almost literally. Two of the key players in the development of the CRISPR technology, Jennifer Doudna and Feng Zhang, have turned to the court system to determine which of them should receive patents for the discovery of the technology. The fight went public in January and was amplified by the release of an article in Cell that many argued presented a one-sided version of the history of CRISPR research. Yet, among CRISPR’s most amazing feats is not its history, but how rapidly progress in the field is accelerating. 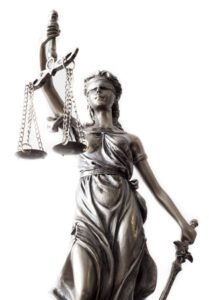 CRISPR, which stands for clustered regularly-interspaced short palindromic repeats, is DNA used in the immune systems of prokaryotes. The system relies on the Cas9 enzyme* and guide RNA’s to find specific, problematic segments of a gene and cut them out. Just three years ago, researchers discovered that this same technique could be applied to humans. As the accuracy, efficiency, and cost-effectiveness of the system became more and more apparent, researchers and pharmaceutical companies jumped on the technique, modifying it, improving it, and testing it on different genetic issues.

Then, in 2015, CRISPR really exploded onto the scene, earning recognition as the top scientific breakthrough of the year by Science Magazine. But not only is the technology not slowing down, it appears to be speeding up. In just two months — from mid-November, 2015 to mid-January, 2016 — ten major CRISPR developments (including the patent war) have grabbed headlines. More importantly, each of these developments could play a crucial role in steering the course of genetics research.

CRISPR made big headlines in late November of 2015, when researchers announced they could possibly eliminate malaria using the gene-editing technique to start a gene drive in mosquitos. A gene drive occurs when a preferred version of a gene replaces the unwanted version in every case of reproduction, overriding Mendelian genetics, which say that each two representations of a gene should have an equal chance of being passed on to the next generation. Gene drives had long been a theory, but there was no way to practically apply the theory. Then, along came CRISPR. With this new technology, researchers at UC campuses in Irvine and San Diego were able to create an effective gene drive against malaria in mosquitos in their labs. Because mosquitos are known to transmit malaria, a gene drive in the wild could potentially eradicate the disease very quickly. More research is necessary, though, to ensure effectiveness of the technique and to try to prevent any unanticipated negative effects that could occur if we permanently alter the genes of a species.

A few weeks later, just as 2015 was coming to an end, the New York Times reported that three different groups of researchers announced they’d successfully used CRISPR in mice to treat Duchenne muscular dystrophy (DMD), which, though rare, is among the most common fatal genetic diseases. With DMD, boys have a gene mutation that prevents the creation of a specific protein necessary to keep muscles from deteriorating. Patients are typically in wheel chairs by the time they’re ten, and they rarely live past their twenties due to heart failure. Scientists have often hoped this disease was one that would be well suited for gene therapy, but locating and removing the problematic DNA has proven difficult. In a new effort, researchers loaded CRISPR onto a harmless virus and either injected it into the mouse fetus or the diseased mice to remove the mutated section of the gene. While the DMD mice didn’t achieve the same levels of muscle mass seen in the control mice, they still showed significant improvement.

Writing for Gizmodo, George Dvorsky said, “For the first time ever, scientists have used the CRISPR gene-editing tool to successfully treat a genetic muscle disorder in a living adult mammal. It’s a promising medical breakthrough that could soon lead to human therapies.”

Only a few days after the DMD story broke, researchers from the Cedars-Sinai Board of Governors Regenerative Medicine Institute announced progress they’d made treating retinitis pigmentosa, an inherited retinal degenerative disease that causes blindness. Using the CRISPR technology on affected rats, the researchers were able to clip the problematic gene, which, according to the abstract in Molecular Therapy, “prevented retinal degeneration and improved visual function.” As Shaomei Wang, one of the scientists involved in the project, explained in the press release, “Our data show that with further development, it may be possible to use this gene-editing technique to treat inherited retinitis pigmentosa in patients.” This is an important step toward using CRISPR  in people, and it follows soon on the heels of news that came out in November from the biotech startup, Editas Medicine, which hopes to use CRISPR in people by 2017 to treat another rare genetic condition, Leber congenital amaurosis, that also causes blindness.

January saw another major development as scientists announced that they’d moved beyond using CRISPR to edit genes and were now using the technique to control genes. In this case, the Cas9 enzyme is essentially dead, such that, rather than clipping the gene, it acts as a transport for other molecules that can manipulate the gene in question. This progress was written up in The Atlantic, which explained: “Now, instead of a precise and versatile set of scissors, which can cut any gene you want, you have a precise and versatile delivery system, which can control any gene you want. You don’t just have an editor. You have a stimulant, a muzzle, a dimmer switch, a tracker.” There are countless benefits this could have, from boosting immunity to improving heart muscles after a heart attack. Or perhaps we could finally cure cancer. What better solution to a cell that’s reproducing uncontrollably than a system that can just turn it off?

The short answer to the first question is: There will always be risks. But not only is CRISPR-Cas9 incredibly accurate, scientists didn’t accept that as good enough, and they’ve been making it even more accurate. In December, researchers at the Broad Institute published the results of their successful attempt to tweak the RNA guides: they had decreased the likelihood of a mismatch between the gene that the RNA was supposed to guide to and the gene that it actually did guide to. Then, a month later, Nature published research out of Duke University, where scientists had tweaked another section of the Cas9 enzyme, making its cuts even more precise. And this is just a start. Researchers recognize that to successfully use CRISPR-Cas9 in people, it will have to be practically perfect every time.

But that raises the second question: Can we trust all scientists to do what’s right? Unfortunately, this question was asked in response to research out of China in April, in which scientists used CRISPR to attempt to genetically modify non-viable human embryos. While the results proved that we still have a long way to go before the technology will be ready for real human testing, the fact that the research was done at all raised red-flags and shackles among genetics researchers and the press. These questions may have popped up back in March and April of 2015, but the official response came at the start of December when geneticists, biologists and doctors from around the world convened in Washington D. C. for the International Summit on Human Gene Editing. Ultimately, though, the results of the summit were vague, essentially encouraging scientists to proceed with caution, but without any outright bans. However, at this stage of research, the benefits of CRISPR likely outweigh the risks.

“Proceed with caution” might be just the right advice for pharmaceutical companies that have jumped on the CRISPR bandwagon. With so many amazing possibilities to improve human health, it comes as no surprise that companies are betting, er, investing big money into CRISPR. Hundreds of millions of dollars flooded the biomedical start-up industry throughout 2015, with most going to two main players, Editas Medicine and Intellia Therapeutics. Then, in the middle of December, Bayer announced a joint venture with CRISPR Therapeutics to the tune of $300 million. That’s three major pharmaceutical players hoping to win big with a CRISPR gamble. But just how big of a gamble can such an impressive technology be? Well, every company is required to license the patent for a fee, but right now, because of the legal battles surrounding CRISPR, the original patents (which the companies have already licensed) have been put on hold while the courts try to figure out who is really entitled to them. If the patents change ownership, that could be a big game-changer for all of the biotech companies that have invested in CRISPR.

On January 14, a British court began reviewing a request by the Frances Crick Institute (FCI) to begin genetically modified research on human embryos. While Britain’s requirements on human embryo testing are more lax than the U.S. — which has a complete ban on genetically modifying any human embryos — the British are still strict, requiring that the embryo be destroyed after the 14th day. The FCI requested a license to begin research on day-old, “spare” IVF embryos to develop a better understanding of why some embryos die at early stages in the womb, in an attempt to decrease the number of miscarriages women have. This germ-line editing research is, of course, now possible because of the recent CRISPR breakthroughs. If this research is successful, The Independent argues, “it could lead to pressure to change the existing law to allow so-called “germ-line” editing of embryos and the birth of GM children.” However, Dr. Kathy Niacin, the lead researcher on the project, insists this will not create a slippery slope to “designer babies.” As she explained to the Independent, ““Because in the UK there are very tight regulations in this area, it would be completely illegal to move in that direction. Our research is in line with what is allowed an in-keeping in the UK since 2009 which is purely for research purposes.”

Woolly Mammoths! What better way to end an article about how CRISPR can help humanity than with the news that it can also help bring back species that have gone extinct? Ok. Admittedly, the news that George Church wants to resurrect the woolly mammoth has been around since last spring. But the Huffington Post did a feature about his work in December, and it turns out his research has advanced enough now that he predicts the woolly mammoth could return in as little as seven years. Though this won’t be a true woolly mammoth. In fact, it will actually be an Asian elephant boosted by woolly mammoth DNA. Among the goals of the project is to help prevent the extinction of the Asian elephant, and woolly mammoth DNA could help achieve that. The idea is that a hybrid elephant would be able to survive more successfully as the climate changes. If this works, the method could be applied to other plants and animal species to increase stability and decrease extinction rates. As Church tells Huffington Post, “the fact is we’re not bringing back species — strengthening existing species.” 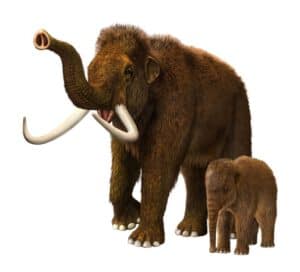 And what more could we ask of genetics research than to strengthen a species?

*Cas9 is only one of the enzymes that can work with the CRISPR system, but researchers have found it to be the most accurate and efficient.

Advertise here
How can we live longer and healthier lives while avoiding risks such as engineered pandemics?

Are Humans Dethroned in Go? AI Experts Weigh In