Nuclear Weapons Are Scary — But We Can Do Something About Them 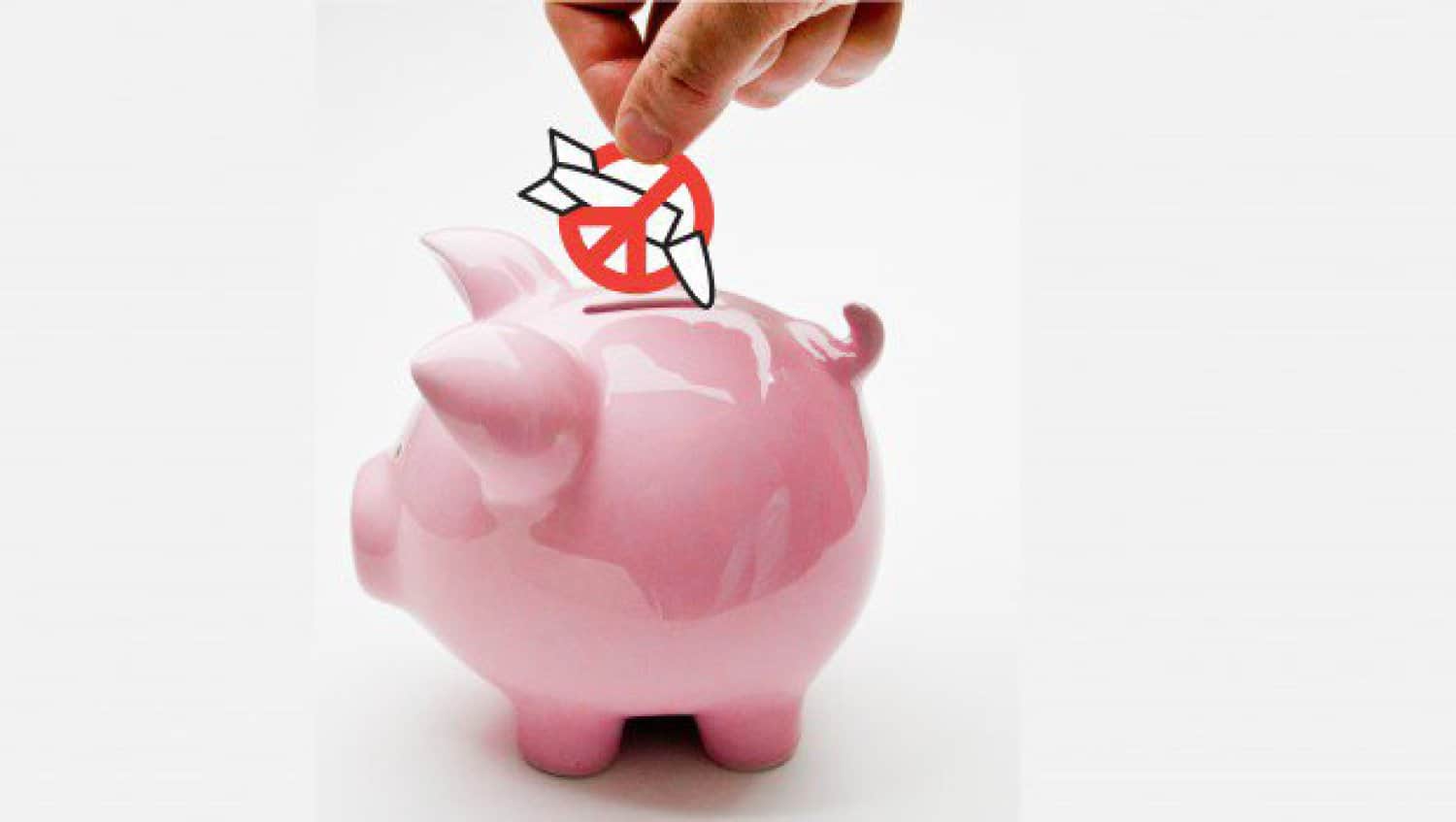 We're ending our Huffington Post nuclear security series on a high note, with this article by Susi Snyder, explaining how people can take real action to decrease the threat of nuclear weapons.

Nuclear weapons are scary. The risk of use by accident, intention or terror. The climate consequences. The fact that they are designed and built to vaporize thousands of people with the push of a button. Scary. Fortunately, there is something we can do.

We know that nuclear weapons are scary, but we must be much louder in defining them as unacceptable, as illegitimate. By following the money, we can cut it off, and while this isn’t the only thing necessary to make nuclear weapons extinct, it will help.

That’s why we made Don’t Bank on the Bomb. Because we want to do something about nuclear weapons. Investments are not neutral. Financing and investing are active choices, based on a clear assessment of a company and its plans. Any financial service delivered to a company by a financial institution or other investor gives a tacit approval of their activities. To make nuclear weapons, you need money. Governments pay for a lot of things, but the companies most heavily involved in producing key components for nuclear warheads need additional investment — from banks, pension funds, and insurance companies — to sustain the working capital they need to maintain and modernize nuclear bombs.

We can steer these companies in a new direction. We can influence their decision making, by making sure our own investments don’t go anywhere near nuclear weapon producing companies. Choosing to avoid investment in controversial items or the companies that make them — from tobacco to nuclear arms — can result in changed policies and reduces the chances of humanitarian harm. Just as it wasn’t smokers that got smoking banned indoors across the planet, it’s not likely that the nuclear armed countries will show the normative leadership necessary to cut off the flow of money to their nuclear bomb producers.

Public exclusions by investors have a stigmatizing effect on companies associated with illegitimate activities. There are lots of examples from child labor to tobacco where financial pressure had a profound impact on industry. While it is unlikely that divestment by a single financial institution or government would enough for a company to cancel its nuclear weapons associated contracts, divestment by even a few institutions, or countries, for the same reason can affect a company’s strategic direction.

Divestment, and legal imperatives to divest are powerful tools to compel change. The divestment efforts in the 1980s around South Africa are often cited as having a profound impact on ending the Apartheid Regime. Global efforts divesting from tobacco stocks, have not ended the production or sale of tobacco products, but have compelled the producing companies to significantly modify behaviors — and they’ve helped to delegitimize smoking.

According to a 2013 report by Oxford University “in almost every divestment campaign ... from adult services to Darfur, tobacco to Apartheid, divestment campaigns were effective in lobbying for restricting legislation affecting stigmatized firms.” The current global fossil fuel divestment campaign is mobilizing at all levels of society to stigmatize relationships with the fossil fuel industry resulting in divestment by institutions representing over $3.4 trillion in assets, and inspiring investment towards sustainable energy solutions.

US company Lockheed Martin, which describes itself as the worlds largest arms manufacturer, announced it ceased its involvement with the production of rockets, missiles or other delivery systems for cluster munitions and stated it will not accept such orders in the future. The arms manufacturer expressed the hope that its decision to cease the activities in the area of cluster munitions would enable it to be included in investors portfolios again, thereby suggesting that pressure by financial institutions had something to do with its decision.

And they’re talking about divestment too. For example, the Ambassador from Jamaica said:

Governments are talking about divestment, and it’s something you can do too.

If you have a bank account, find out if your bank invests in nuclear weapon producing companies. You can either look at our website and see if your bank is listed, or you can ask your bank directly. We found that a few people, asking the same bank about questionable investments, was enough to get that bank to adopt a policy preventing them from having any relationship with nuclear weapon producing companies.

Anyone, no matter where they are can have some influence over nuclear weapons decision making. From the heads of government to you from your very own pocket — everyone can do something about this issue. It doesn’t take a lot of time, or money, to make a difference, but it does take you. Together we can stop the scary threat of massive nuclear violence. If you want to help end the threat of nuclear weapons, then put your money where your mouth is, and Don’t Bank on the Bomb.