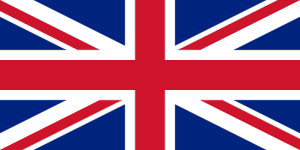 The following description of AI policy in the United Kingdom provides a snapshot summary of some previous and ongoing initiatives throughout the country. It is regularly updated as feasible, but it is not intended to be comprehensive.

As of February 2020, there is also extensive information, data, and graphics about AI policy in the United Kingdom available at the OECD AI Policy Observatory.

UK Prime Minister Theresa May announced at the 2018 World Economic Forum Annual Meeting, “we are establishing the UK as a world leader in Artificial Intelligence… We are absolutely determined to make our country the place to come and set up to seize the opportunities of Artificial Intelligence for the future. But as we seize these opportunities of technology, so we also have to shape this change to ensure it works for everyone…This includes establishing the rules and standards that can make the most of Artificial Intelligence in a responsible way.” Notably, the UK was ranked #1 in the 2017 Government AI Readiness Index developed by Oxford Insights due to measures including digital skills training and data quality. The Index considers public service reform, economy and skills, and digital infrastructure.

On March 6, 2018 the UK government launched a Sector Deal for AI led by Business Secretary Greg Clark. The Deal aims to take “immediate, tangible actions” to advance the UK’s ambitions in AI that are consistent with the Industrial Strategy as well as the 2017 review by Professor Dame Wendy Hall and Jérôme Pesenti, which are described below.

In September 2018, the UK government launched an experiment with the World Economic Forum to develop procurement policies for AI. The partnership will bring together diverse stakeholders to collectively develop guidelines to capitalize on governments’ buying power to support the responsible deployment and design of AI technologies.

Prior to this, the UK has had several governmental initiatives exploring and planning the right ways to harness AI technology. For example, in September 2016, the House of Commons Science and Technology Committee published a 44-page report on “Robotics and artificial intelligence,” which investigates the economic and social implications of employment changes; ethical and legal issues around safety, verification, bias, privacy, and accountability; and strategies to enhance research, funding, and innovation. And in January 2017, an All Party Parliamentary Group on Artificial Intelligence (APPG AI) was established to address ethical issues, social impact, industry norms, and regulatory options for AI in Parliament. The group’s first findings are described here: “1 Key Recommendation, 6 Policy Focus Areas.” The key recommendation made in the report is to appoint a Minister for AI in the Cabinet Office.

The Parliament established the Select Committee on AI in June 2017 to further consider the economic, ethical and social implications of advances in artificial intelligence, and to make recommendations. All written and oral evidence received by the Committee can be seen here. In April 2018, the Committee published a 183-page report, “AI in the UK: ready, willing and able?” which considers AI development and governance in the UK. It acknowledges that the UK cannot compete with the US or China in terms of funding or people, but suggests the country may have a competitive advantage in considering the ethics of AI. The report is a useful and thorough AI policy document resulting from a great deal of oral and written evidence over the course of a year. The Committee report encourages the UK to establish a national AI strategy and proposes an “AI Code” with five principles: (1) Artificial intelligence should be developed for the common good and benefit of humanity. (2) Artificial intelligence should operate on principles of intelligibility and fairness. (3) Artificial intelligence should not be used to diminish the data rights or privacy of individuals, families or communities. (4) All citizens have the right to be educated to enable them to flourish mentally, emotionally and economically alongside artificial intelligence. (5) The autonomous power to hurt, destroy or deceive human beings should never be vested in artificial intelligence. In June 2018, the government responded to the report’s recommendations in a 41-page document available here. The government’s response highlights many of the UK’s intentions and recommendations for managing the development of AI moving forward.

Another, earlier, prominent report about encouraging AI in the UK is an independent report published in October 2017 titled, “Growing the artificial intelligence industry in the UK.” This review, carried out by Dame Wendy Hall (Regius Professor of Computer Science, University of Southampton) and Jérôme Pesenti (CEO, BenevelentTech), reports on how the AI industry can be grown in the UK. It makes recommendations about improving access to data and appropriate skills, maximizing UK AI research, and supporting the uptake of AI in the UK.

The UK Government’s Industrial Strategy was published in November 2017. The section on the Grand Challenges (pg. 30) features AI. The first of the four grand challenges is to put the UK at the forefront of the artificial intelligence and data revolution. The document states, “Embedding AI across the UK will create thousands of good quality jobs and drive economic growth. A recent study found digital technologies including AI created a net total of 80,000 new jobs annually across a population similar to the UK20. By one estimate, AI could add £232bn to the UK economy by 2030.” The Industrial Strategy also described a plan to take an “international leadership role” by investing £9m in a new Centre for Data Ethics and Innovation. This advisory body is intended to review the existing governance landscape and advise the government on ethical, safe and innovative uses of data, including AI. Finally, the strategy announced a new Future Sectors team that will help grow the sectors developing “the technologies and business models of the future, such as robotics and artificial intelligence.”