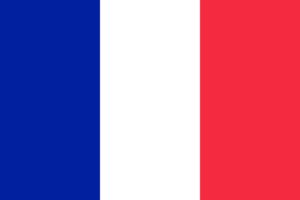 The following description of AI policy in France provides a snapshot summary of some previous and ongoing initiatives throughout the country. It is regularly updated as feasible, but it is not intended to be comprehensive.

As of February 2020, there is also extensive information, data, and graphics about French AI policy available at the OECD AI Policy Observatory.

France developed a national strategy for AI titled “AI for Humanity” over the course of about a year, with several different entities and strands included. Cédric Villani, mathematician and winner of the Fields Medal in 2010, was tasked by the Prime Minister with examining France’s strategy on artificial intelligence within Europe, and an AI Policy Initiative was launched in 2017. The process of creating the strategy involved hundreds of interviews and prioritized the creation of a public debate. It culminated in a 147-page “Villani Report” titled, “For a Meaningful Artificial Intelligence,” which was unveiled in March 2018.

Primary themes of the Villani Report are: (1) developing an aggressive data policy [to improve access to big data], (2) targeting four strategic sectors [healthcare, environment, transport, and defence], (3) boosting the potential of French research [and investing in talent], (4) planning for the impact of AI on labour, (5) making AI more environmentally friendly, (6) opening up the black boxes of AI, and (7) ensuring that AI supports inclusivity and diversity.

French President Emmanuel Macron presented his vision and strategy for AI at the Collège de France on March 29, 2018. He also announced that he would invest 1.5 billion euros into AI research until the end of his term in 2022 to boost France’s AI capabilities.

Another strand of this effort was the #FranceIA Strategy launched at the Agoranov Incubator by Axelle Lemaire, Secretary of State for Innovation and Digital, and Thierry Mandon, Secretary of State for Higher Education and Research. This brought multidisciplinary actors together over the course of two months to help determine guidelines for AI in France and concluded March 28th, 2018 with a workshop called “IA Days.” The resulting report, “France Intelligence Artificielle” is available in French here.

A third strand was developed by France’s National Commission for Information Technology and Liberties (CNIL), which was tasked with the organization of an ethical debate on AI by the Digital Republic Bill. Its objective included ensuring “characteristics that must be at the heart of the French AI model: respect for privacy, protection of personal data, transparency, accountability of actors and contribution to collective wellbeing.” Throughout 2017, CNIL held 45 debates and events involving around 3,000 people to inform its ultimate report, titled, “HOW CAN HUMANS KEEP THE UPPER HAND? The ethical matters raised by algorithms and artificial intelligence,” which was released in May 2018 in English (original French version published December 2017). The report highlighted two founding principles to “put artificial intelligence at the service of humans.” These include: “A principle of loyalty,” meaning that algorithms and AI systems should be loyal towards users as consumers, citizens, and community-members; and “A principle of continued attention and vigilance,” meaning that all stakeholders involved in “algorithmic chains” need to be in a state of alert about potential unforeseen consequences. The report also makes 6 policy recommendations involving education about ethics, improving interpretability and auditability of AI systems, and promoting human freedom.

Separately, French President Emmanuel Macron and Canadian Prime Minister Justin Trudeau announced the creation of an international study group for AI on June 7, 2018, ahead of the G7 Summit in Quebec. The independent expert group will bring together policymakers, scientists, and representatives from industry and civil society. It will identify challenges and opportunities presented by AI, and determine best practices to ensure that AI fulfills its potential of creating economic and societal benefits. Trudeau and Macron will create a working group to make recommendations about how to form the panel and will invite other nations to join.