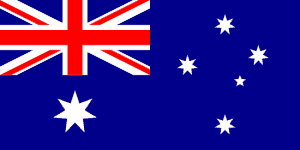 The following description of AI policy in Australia provides a snapshot summary of some previous and ongoing initiatives throughout the country. It is regularly updated as feasible, but it is not intended to be comprehensive.

As of February 2020, there is also extensive information, data, and graphics about Australian AI policy available at the OECD AI Policy Observatory.

The federal government has earmarked $29.9 million over four years to enhance Australia’s efforts in artificial intelligence and machine learning in the country’s 2018-19 budget. Part of what the government will fund includes the development of a national AI Ethics Framework, technology roadmap, and set of standards. In 2019, Australia’s Commonwealth Scientific and Industrial Research Organization (CSIRO) published a discussion paper on Australia’s AI ethics framework, and launched a public consultation.

AI and automation are already considered under the national Innovation Strategy and are also featured in several more recent initiatives. For example, the Victorian All-Party Parliamentary Group on Artificial Intelligence (VAPPGAI) was launched in Australia at the Parliament House on March 7, 2018. The launch was led by the Minister for Innovation Philip Dalidakis and Shadow Minister David Southwick. The AI parliamentary group will discuss the critical and transformative nature of AI from all sides of the political spectrum.

The Australian Government unveiled a new Digital Economy Strategy on September 19, 2017, with the goal of launching the strategy in 2018. The strategy lays out a roadmap for the government, the private sector and the community to work together to discover new sources of growth, develop world-leading digital business, support lifelong learning, and address the ‘digital divide’ in skills and confidence. Artificial intelligence is one of the emerging technologies mentioned.