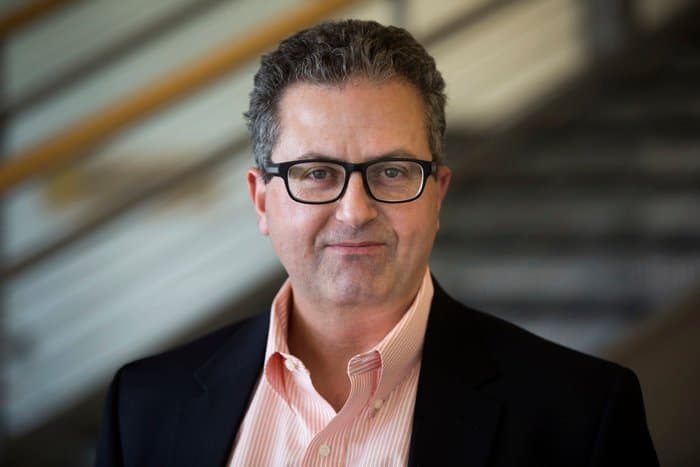 Lynn A. Conway Professor of Computer Science and Engineering

Project: Understanding and Mitigating AI Threats to the Financial System

The devastation of the 2008 financial crisis remains a fresh memory seven years later, and its effects still reverberate in the global economy. The loss of trillions of dollars in output, and associated tragedy of displacement for millions of people demonstrate in the most vivid way the crucial role of a functional financial system for modern civilization. Unlike physical disasters, financial crises are essentially information events: shocks in the beliefs and expectations of individuals and organizations–about asset values, ability of counterparties to meet obligations, etc.–that nevertheless have real consequences for everyone.

This pivotal and fragile sector also happens to be at the leading edge of autonomous computational (AI) decision making. For large classes of financial assets, trading is dominated by algorithms, or “bots”, operating at speeds well beyond the scale of human reaction times. This regime change is a fait accompli, despite our unresolved debates and generally poor understanding of its implications for fundamental market stability as well as performance and efficiency.

We propose a systematic in-depth study of AI risks to the financial system. Our goals are to identify the main pathways of concern and generate constructive solutions for making financial infrastructure more robust to interaction with AI participants.

The financial system presents a critical sector of our society, at the leading-edge of AI engagement and especially vulnerable to impact from near-term AI advances. Algorithmic and high-frequency trading now dominate financial markets, yet their implications for market stability are poorly understood. In this project we undertake a systematic investigation of how AI traders can impact market stability, and how extreme movements in securities markets in turn can impact the real economy. We develop a general framework for automated trading based on a flexible architecture for arbitrage reasoning. Through agent-based simulation combined with game-theoretic strategy selection, we search for vulnerabilities in financial markets, and characterize the conditions that enable or prevent their exploitation. A new approach to modeling complex networks of financial obligations is applied to the study of contagion between asset-pricing anomalies and panics in the broader financial system. Results from this study will be employed to design market rules, monitoring technologies, and regulation techniques that promote stability in a world of algorithmic traders.

Automated algorithms currently manage over half of trading volume in US equities, and as AI improves, it will continue to assume control over important financial decisions. But these systems aren’t foolproof. A small glitch could send shares plunging, potentially costing investors billions of dollars.

For firms, the decision to accept this risk is simple. The algorithms in automated systems are faster and more accurate than any human, and deploying the most advanced AI technology can keep firms in business.

But for the rest of society, the consequences aren’t clear. Artificial intelligence gives firms a competitive edge, but will these rapidly advancing systems remain safe and robust? What happens when they make mistakes?

Michael Wellman, a professor of computer science at the University of Michigan, studies AI’s threats to the financial system. He explains, “The financial system is one of the leading edges of where AI is automating things, and it’s also an especially vulnerable sector. It can be easily disrupted, and bad things can happen.”

Consider the story of Knight Capital. On August 1, 2012, Knight decided to try out new software to stay competitive in a new trading pool. The software passed its safety tests, but when Knight deployed it, the algorithm activated its testing software instead of the live trading program. The testing software sent millions of bad orders in the following minutes as Knight frantically tried to stop it. But the damage was done.

In just 45 minutes, Knight Capital lost $440 million – nearly four times their profit in 2011 – all because of one line of code.

In this case, the damage was constrained to Knight, but what happens when one line of code can impact the entire financial system?

Wellman argues that autonomous trading agents are difficult to control because they process and respond to information at unprecedented speeds, they can be easily replicated on a large scale, they act independently, and they adapt to their environment.

In order to prevent AI systems from undermining market transparency and stability, government agencies and academics must learn how these agents work.

Even benign uses of AI can hinder market transparency, but Wellman worries that AI systems will learn to manipulate markets.

Autonomous trading agents are especially effective at exploiting arbitrage opportunities – where they simultaneously purchase and sell an asset to profit from pricing differences. If, for example, a stock trades at $30 in one market and $32 in a second market, an agent can buy the $30 stock and immediately sell it for $32 in the second market, making a $2 profit.

Market inefficiency naturally creates arbitrage opportunities. However, an AI may learn – on its own – to create pricing discrepancies by taking misleading actions that move the market to generate profit.

One manipulative technique is ‘spoofing’ – the act of bidding for a stock item with the intent to cancel the bid before execution. This moves the market in a certain direction, and the spoofer profits from the false signal.

Wellman and his team recently reproduced spoofing in their laboratory models, as part of an effort to understand the situations where spoofing can be effective. He explains, “We’re doing this in the laboratory to see if we can characterize the signature of AIs doing this, so that we reliably detect it and design markets to reduce vulnerability.”

As agents improve, they may learn to exploit arbitrage more maliciously by creating artificial items on the market to mislead traders, or by hacking accounts to report false events that move markets. Wellman’s work aims to produce methods to help control such manipulative behavior.

Secrecy in the Financial World

But the secretive nature of finance prevents academics from fully understanding the role of AI.

Wellman explains, “We know they use AI and machine learning to a significant extent, and they are constantly trying to improve their algorithms. We don’t know to what extent things like market manipulation and spoofing are automated right now, but we know that they could be automated and that could lead to something of an arms race between market manipulators and the systems trying to detect and run surveillance for market bad behavior.”

Government agencies – such as the Securities and Exchange Commission – watch financial markets, but “they’re really outgunned as far as the technology goes,” Wellman notes. “They don’t have the expertise or the infrastructure to keep up with how fast things are changing in the industry.”

But academics can help. According to Wellman, “even without doing the trading for money ourselves, we can reverse engineer what must be going on in the financial world and figure out what can happen.”

Although Wellman studies current and near-term AI, he’s concerned about the threat of advanced, general AI.

“One thing we can do to try to understand the far-out AI is to get experience with dealing with the near-term AI,” he explains. “That’s why we want to look at regulation of autonomous agents that are very near on the horizon or current. The hope is that we’ll learn some lessons that we can then later apply when the superintelligence comes along.”

AI systems are improving rapidly, and there is intense competition between financial firms to use them. Understanding and tracking AI’s role in finance will help financial markets remain stable and transparent.

“We may not be able to manage this threat with 100% reliability,” Wellman admits, “but I’m hopeful that we can redesign markets to make them safer for the AIs and eliminate some forms of the arms race, and that we’ll be able to get a good handle on preventing some of the most egregious behaviors.”