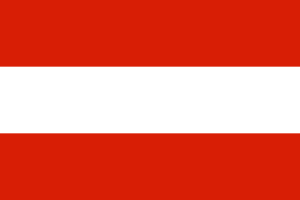 The following description of AI policy in Austria provides a snapshot summary of some previous and ongoing initiatives throughout the country. It is regularly updated as feasible, but it is not intended to be comprehensive.

As of February 2020, there is also extensive information, data, and graphics about Austrian AI policy available at the OECD AI Policy Observatory.

In October 2018, the government of Austria issued Artificial Intelligence Mission Austria 2030, which defined first steps towards an official AI national strategy. The report identifies seven priority areas: Qualification and training; Research and innovation; AI in the economy; AI in the public sector; Society, ethics and labour market; AI governance, security and legal aspects; and Infrastructure for industrial leadership positions. Austria additionally has a Council on Robotics and Artificial Intelligence (ACRAI), established by the Minister of the Federal Ministry for Transport, Innovation and Technology, to provide interdisciplinary advice to the government and help the public understand upcoming changes and expectations in the field.

Austria had previously established a Robot Council in August 2017, launched by Infrastructure Minister Jörg Leichtfried, and given one million euros as a working budget from the Ministry. The Robot Council reportedly had its first meeting in March 2018, resulting in a set of policy recommendations. In January 2018, the new government proposed the establishment of an Ethics Council for Digitalization, which would collaborate or merge with the Robot Council.

Prior to establishing the Robot Council, the Ministry commissioned a representative survey of 1,000 Austrian citizens, and found that around two thirds of the population want Austria to develop a strategy for handling robots and AI for the country. The survey also identified views about appropriate and inappropriate uses of robots throughout society. Minister Leichtfried has emphasized finding the right way to integrate robotics and AI into the lives of Austrians, saying,  “We decide where the journey goes. The human being must always be the center of attention.”

Austria also has the Austrian Society for Measurement, Automation, and Robotics Technology, which established the National Robotics-Technology Platform (GMAR) in 2015, supported by the Austrian Ministry of Transport, Innovation and Technology. GMAR aims to (1) promote networking and information exchanges among key players, (2) secure Austria’s competitiveness in these industries, (3) promote robotics, automation, and AI technology, (4) provide advice to policy makers, and (5) connect internationally relevant communities.