Dr. Strangelove is back: say hi to the cobalt bomb! 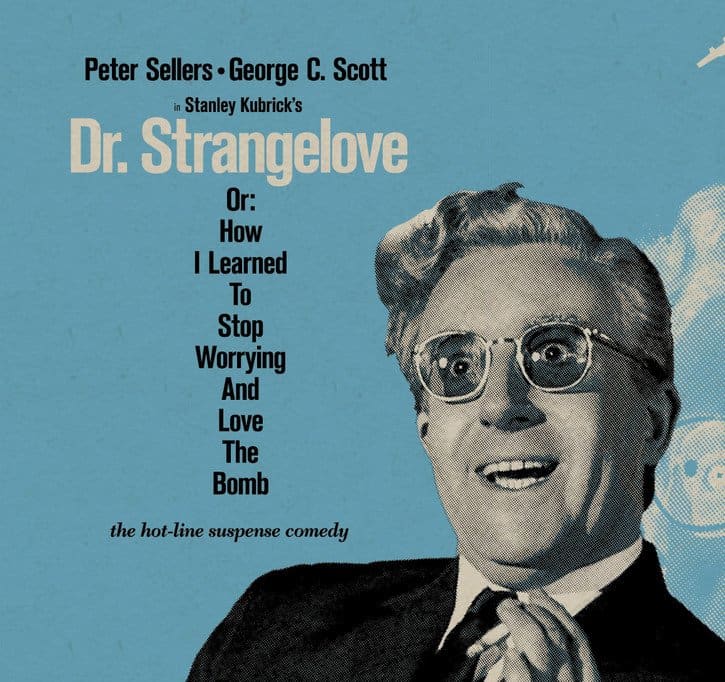 I must confess that, as a physics professor, some of my nightmares are extra geeky. My worst one is the C-bomb, a hydrogen bomb surrounded by large amounts of cobalt. When I first heard about this doomsday device in Stanley Kubrik's dark nuclear satire "Dr. Strangelove", I wasn't sure if it was physically possible. Now I unfortunately know better, and it seems like it Russia may be building it.

The idea is terrifyingly simple: just encase a really powerful H-bomb in massive amounts of cobalt. When it explodes, it makes the cobalt radioactive and spreads it around the area or the globe, depending on the design. The half-life of the radioactive cobalt produced is about 5 years, which is long enough to give the fallout plenty of time to settle before it decays and kills, but short enough to produce intense radiation for a lot longer than you'd last in a fallout shelter. There's almost no upper limit to how much cobalt and explosive power you can put in nukes that are buried for deterrence or transported by sea, and climate simulations have shown how hydrogen bombs can potentially lift fallout high enough to enshroud the globe, so if someone really wanted to risk the extinction of humanity, starting a C-bomb arms race is arguably one of the most promising strategies.

Not that anyone in their right mind would ever do such a thing, I figured back when I first saw the film. Although U.S. General Douglas MacArthur did suggest dropping some small cobalt bombs on the Korean border in the 1950s to deter Chinese troops, his request was denied and, as far as we know, no C-bombs were ever built. I felt relieved that my geeky nightmare was indeed nothing but a bad dream.

Except that life is imitating art: the other week, Russian state media "accidentally" leaked plans for a huge underwater drone that seems to contain a C-bomb. The leak was hardly accidental, as Dr. Strangelove himself explained in the movie: "the whole point of a Doomsday Machine is lost if you keep it a secret."

So what should we do about this? Shouldn't we encourage the superpowers to keep their current nuclear arsenals forever, since their nuclear deterrent has arguably saved millions of lives by preventing superpower wars since 1945? No, nuclear deterrence isn't a viable long-term strategy unless the risk of accidental nuclear war can be reduced to zero. The annual probability of accidental nuclear war is poorly known, but it certainly isn't zero: John F. Kennedy estimated the probability of the Cuban Missile Crisis escalating to war between 33% and 50%, and near-misses keep occurring regularly. Even if the annual risk of global nuclear war is as low is 1%, we'll probably have one within a century and almost certainly within a few hundred years. This future nuclear war would almost certainly take more lives than nuclear deterrence ever saved - especially with nuclear winter and C-bombs.

What should Barack Obama do? He should keep his election promise and take US nuclear missiles off hair-trigger alert, then cancel the planned trillion dollar nuclear weapons upgrade, and ratchet up international pressure on Russia to follow suit. But wouldn't reducing US nuclear arsenals weaken US nuclear deterrence? No, even just a handful of nuclear weapons provide powerful deterrence, and all but two nuclear powers have decided that a few hundred nuclear weapons suffice. Since the US and Russia currently have about 7000 each, thousands of which are on hair-trigger alert, the main effect of reducing their arsenals would not be to weaken deterrence but to reduce the risk of accidental war and incentivize nuclear non-proliferation. The trillion dollars saved can be used to strengthen US national security in many ways.

Let's put an end to Dr. Strangelove's absurdity before it puts an end to us.

This article can also be found on the Huffington Post.