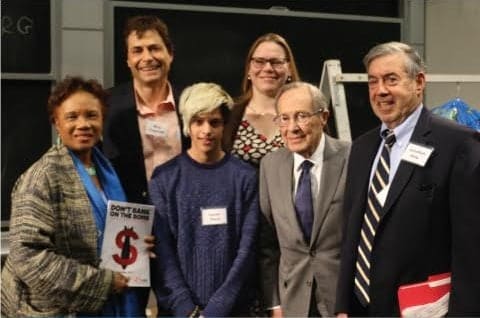 We’re thrilled to announce the successful launch of our Nuclear Divestment Campaign. Our first success came to fruition at the well-attended MIT Nuclear Conference on April 2, when Cambridge Mayor Denise Simmons announced that the City of Cambridge would divest its $1 billion pension fund from companies producing nuclear weapons. FLI and especially Lucas Perry worked hard  to bring the option of nuclear divestment to the attention of the Cambridge City Council and to help establish financial alternatives.

The conference featured many influential speakers, including Former Secretary of Defense William Perry (no relation to Lucas), Mayor Simmons, Ploughshares Fund President Joe Cirincione, Federation of American Scientists President Charles Ferguson, Susi Snyder of the Don’t Bank on the Bomb campaign, and many others. Though Stephen Hawking couldn’t attend, he did send a clear message: “Don’t Bank on the Bomb!”

Videos of all speakers can be found on our conference page and our new YouTube channel.

In conjunction with our Nuclear Divestment Campaign, we’ve also launched two new features to help people understand and visualize just how terrifying the US nuclear weapons policy really is. Max worked with Henry Reich of MinutePhysics to create a fun and entertaining video  about the potential horrors of nuclear weapons. We also took the data from the National Security Archives about the declassified 1956 US nuclear targets, and then we partnered with Alex Wellerstein to create interactive maps of all 1100 targets, including the option to “detonate” a nuclear bomb over each target.

We kicked off May with a collaboration with the Huffington Post and some of today’s most influential nuclear policy advocates to create a series about nuclear security, which featured the wonderful articles below:

Climate Change for the Impatient: A Nuclear Mini Ice Age ‎by Max Tegmark
Passing the Nuclear Baton by Joe Cirincione
What President Obama Should Say When He Goes to Hiroshima by Drs. David Wright and Lisbeth Gronlund of the Union of Concerned Scientists
A Call for Russia and the U.S. to Cooperate in Protecting Against Nuclear Terrorism by Former Secretary of Defense William Perry and California Governor Jerry Brown
Nuclear Weapons Are Scary — But We Can Do Something About Them
by Susi Snyder

Info is now online about the second workshop for “Computers Gone Wild”, in which participants at Harvard Law School discussed the impact of artificial intelligence.

FLI wrote a popular rebuttal to two of Slate’s inaccurate articles about the possible future of AI. Matt Scherer, founder of the Law and AI blog, wrote about the chatbot, Tay, and as well as the new Nvidia computer chip and one of Slate’s problematic AI articles.

Erica Fein wrote about the irrationality of spending $1 trillion to upgrade the nuclear arsenal, while efforts to prevent nuclear terrorism, arguably the greater threat, remain muted.

Various faith groups joined with the UCS to create steps for the U.S. government to reduce the dangers caused by nuclear weapons.

The Pentagon has been defending the $1 trillion dollar upgrades on the nuclear triad.

The first-ever comprehensive non-classified paper on the hydrogen bomb and problems with its early testing, written by Max’s father, Harold Shapiro, was republished

In March, DeepMind made big news when AlphaGo continued its winning streak, beating world champion Lee Se-dol four games to one. Eliezer Yudkowsky explained how AlphaGo achieved this feat. Meanwhile, the British Science Association found that 60 percent of the public now fear AI will take over their jobs - as impressive as AlphaGo is, it has not helped assuage these fears. 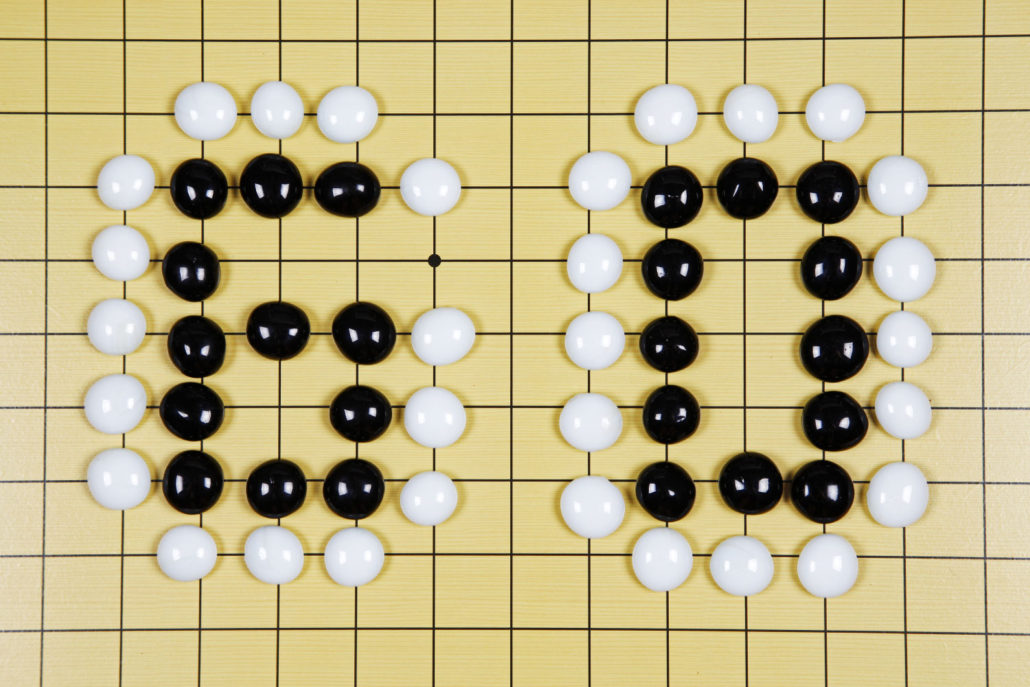