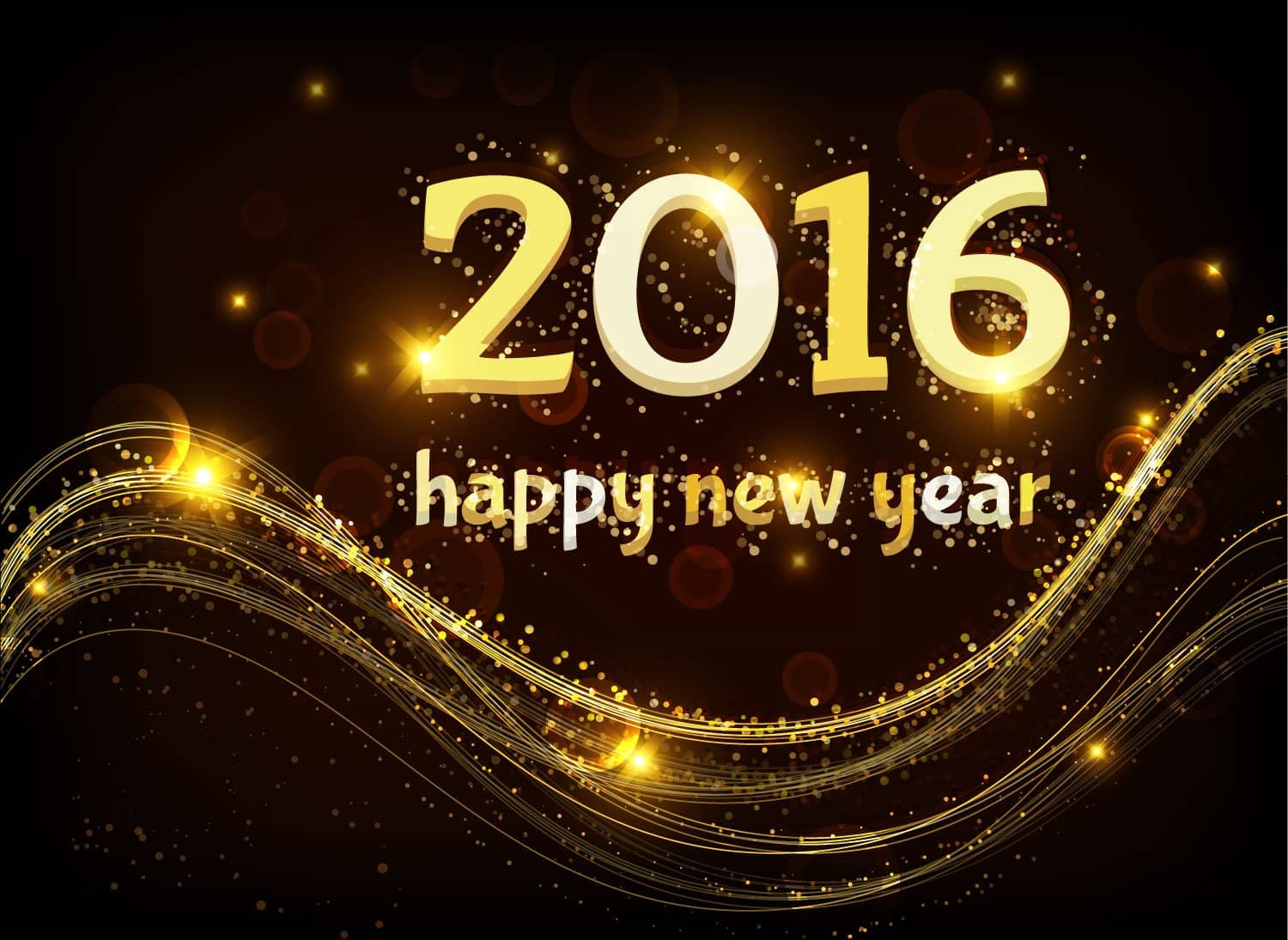 Just four days before the end of the year, the Washington Post published an article, arguing that 2015 was the year the beneficial AI movement went mainstream. FLI couldn’t be more excited and grateful to have helped make this happen and to have emerged as integral part of this movement. And that’s only a part of what we’ve accomplished in the last 12 months. It’s been a big year for us…

Participants and attendees of the inaugural Puerto Rico conference.

2015 began with a bang, as we kicked off the New Year with our Puerto Rico conference, “The Future of AI: Opportunities and Challenges,” which was held January 2-5. We brought together about 80 top AI researchers, industry leaders and experts in economics, law and ethics to discuss the future of AI. The goal, which was successfully achieved, was to identify promising research directions that can help maximize the future benefits of AI while avoiding pitfalls. Before the conference, relatively few AI researchers were thinking about AI safety, but by the end of the conference, essentially everyone had signed the open letter, which argued for timely research to make AI more robust and beneficial. That open letter was ultimately signed by thousands of top minds in science, academia and industry, including Elon Musk, Stephen Hawking, and Steve Wozniak, and a veritable Who’s Who of AI researchers. This letter endorsed a detailed Research Priorities Document that emerged as the key product of the conference.

At the end of the conference, Musk announced a donation of $10 million to FLI for the creation of an AI safety research grants program to carry out this prioritized research for beneficial AI. We received nearly 300 research grant applications from researchers around the world, and on July 1, we announced the 37 AI safety research teams who would be awarded a total of $7 million for this first round of research. The research is funded by Musk, as well as the Open Philanthropy Project.

On April 4, we held a large brainstorming meeting on biotech risk mitigation that included George Church and several other experts from the Harvard Wyss Institute and the Cambridge Working Group. We concluded that there are interesting opportunities for FLI to contribute in this area, and we endorsed the CWG statement on the Creation of Potential Pandemic Pathogens.

On June 29, we organized a SciFoo workshop at Google, which Meia Chita-Tegmark wrote about for the Huffington Post. We held a media outreach dinner event that evening in San Francisco with Stuart Russell, Murray Shanahan, Ilya Sutskever and Jaan Tallinn as speakers. 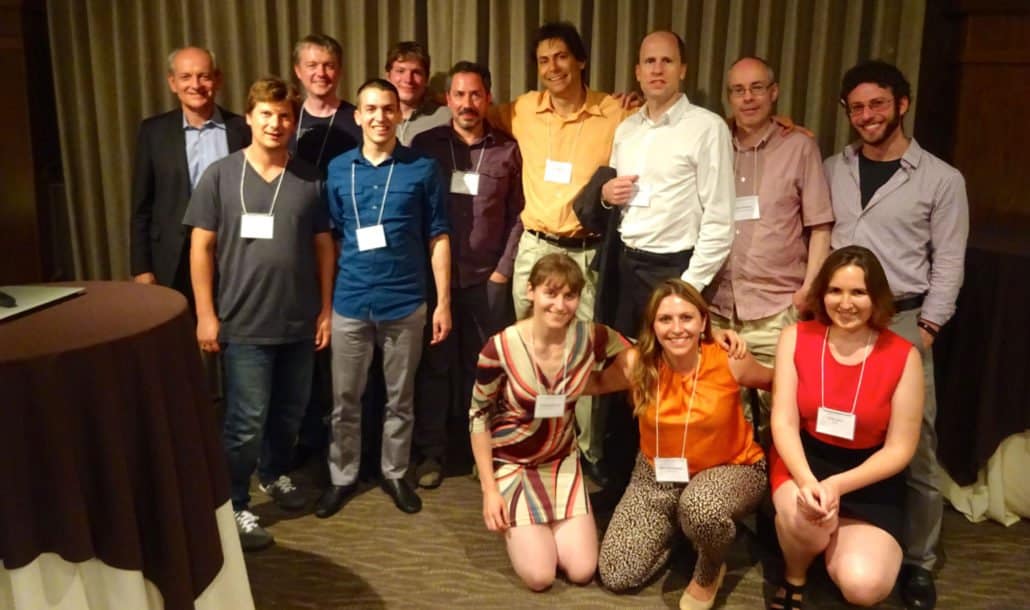 Less than a month later, we published another open letter, this time advocating for a global ban on offensive autonomous weapons development. Stuart Russell and Toby Walsh presented the autonomous weapons open letter at the International Joint Conference on Artificial Intelligence in Buenos Aires, Argentina, while Richard Mallah garnered more support and signatories engaging AGI researchers at the Conference on Artificial General Intelligence in Berlin. The letter has been signed by over 3,000 AI and robotics researchers, including leaders such as Demis Hassabis (DeepMind), Yann LeCun (Facebook), Eric Horvitz (Microsoft), Peter Norvig (Google), Oren Etzioni (Allen Institute), six past presidents of the AAAI, and over 17,000 other scientists and concerned individuals, including Stephen Hawking, Elon Musk, and Steve Wozniak.

This was followed by an open letter about the economic impacts of AI, which was spearheaded by Erik Brynjolfsson, a member of our Scientific Advisory Board. Inspired by our Puerto Rico AI conference and the resulting open letter, a team of economists and business leaders launched their own open letter about AI’s future impact on the economy. It includes specific policy suggestions to ensure positive economic impact.

By October 2015, we wanted to try to bring more public attention to not only artificial intelligence, but also other issues that could pose an existential risk, including biotechnology, nuclear weapons, and climate change. We launched a new incarnation of our website, which now focuses on relevant news and the latest research in all of these fields. The goal is to draw more public attention to both the risks and the opportunities that technology provides.

Besides these major projects and events, we also organized, helped with, and participated in numerous other events and discussions.

Richard Mallah, Max Tegmark, Francesca Rossi and Stuart Russell went to the Association for the Advancement of Artificial Intelligence conference in January, where they encouraged researchers to consider safety issues. Stuart spoke to about 500 people about the long-term future of AI. Max spoke at the first annual International Workshop on AI, Ethics, and Society, organized by Toby Walsh, as well as at a funding workshop, where he presented the FLI grants program.

Max spoke again, at the start of March, this time for the Helen Caldicott Nuclear Weapons Conference, about reducing the risk of accidental nuclear war and how this relates to automation and AI. At the end of the month, he gave a talk at Harvard Effective Altruism entitled, “The Future of Life with AI and other Powerful Technologies.” This year, Max also gave talks about the Future of Life Institute at a Harvard-Smithsonian Center for Astrophysics colloquium, MIT Effective Altruism, and the MIT “Dissolve Conference” (with Prof. Jonathan King), at a movie screening of “Dr. Strangelove,” and at a meeting in Cambridge about reducing the risk of nuclear war.

In June, Richard presented at Boston University’s Science and the Humanities Confront the Anthropocene conference about the risks associated with emerging technologies. That same month, Stuart Russell and MIRI Executive Director, Nate Soares, participated in a panel discussion about the risks and policy implications of AI (video here).

Concerns about autonomous weapons led to an open letter calling for a ban.

Richard then led the FLI booth at the International Conference on Machine Learning in July, where he engaged with hundreds of researchers about AI safety and beneficence. He also spoke at the SmartData conference in August about the relationship between ontology alignment and value alignment, and he participated in the DARPA Wait, What? conference in September.

Victoria Krakovna and Anthony Aguirre both spoke at the Effective Altruism Global conference at Google headquarters in July, where Elon Musk, Stuart Russell, Nate Soares and Nick Bostrom also participated in a panel discussion. A month later, Jaan Tallin spoke at the EA Global Oxford conference. Victoria and Anthony also organized a brainstorming dinner on biotech, which was attended by many of the Bay area’s synthetic biology experts, and Victoria put together two Machine Learning Safety meetings in the Bay Area. The latter were dinner meetings, which aimed to bring researchers and FLI grant awardees together to help strengthen connections and discuss promising research directions. One of the dinners included a Q&A with Stuart Russell.

September saw FLI and CSER co-organize an event at the Policy Exchange in London where Huw Price, Stuart Russell, Nick Bostrom, Michael Osborne and Murray Shanahan discussed AI safety to the scientifically minded in Westminster, including many British members of parliament.

Only a month later, Max Tegmark and Nick Bostrom were invited to speak at a United Nations event about AI safety, and our Scientific Advisory Board member, Stephen Hawking released his answers to the Reddit “Ask Me Anything” (AMA) about artificial intelligence.

Toward the end of the year, we began to focus more effort on nuclear weapons issues. We’ve partnered with the Don’t Bank on the Bomb campaign, and we’re pleased to support financial research to determines which companies and institutions invest in and profit from the production of new nuclear weapons systems. The goal is to draw attention to and stigmatize such production, which arguably increases the risk of accidental nuclear war without notably improving today’s nuclear deterrence. In November, Lucas Perry presented some of our research at the Massachusetts Peace Action conference.

Anthony launched a new site, Metaculus.com. The Metaculus project, which is something of an offshoot of FLI, is a new platform for soliciting and aggregating predictions about technological breakthroughs, scientific discoveries, world happenings, and other events.  The aim of this project is to build an all-purpose, crowd-powered forecasting engine that can help organizations (like FLI) or individuals better understand the trajectory of future events and technological progress. This will allow for more quantitatively informed predictions and decisions about how to optimize the future for the better.

Richard Mallah speaking at the third panel discussion of the NIPS symposium.

In December, Max participated in a panel discussion at the Nobel Week Dialogue about The Future of Intelligence and moderated two related panels. Richard, Victoria, and Ariel Conn helped organize the Neural Information Processing Systems symposium, “Algorithms Among Us: The Societal Impacts of Machine Learning,” where Richard participated in the panel discussion on long-term research priorities. To date, we’ve posted two articles with takeaways from the symposium and NIPS as a whole. Just a couple days later, Victoria rounded out the active year with her attendance at the Machine Learning and the Market for Intelligence conference in Toronto, and Richard presented to the IEEE Standards Association.

We’re excited about all we’ve achieved this year, and we feel honored to have received so much press about our work. For example:

Max, along with our Science Advisory Board member, Stuart Russell, and Erik Horvitz from Microsoft, were interviewed on NPR’s Science Friday about AI safety.

Max was later interviewed on NPR’s On Point Radio, along with FLI grant recipients Manuela Veloso and Thomas Dietterich, for a lively discussion about the AI safety research program.

Throughout the year, Victoria was interviewed by Popular Science, Engineering and Technology Magazine, Boston Magazine and Blog Talk Radio.

In addition we had a few extra special articles on our new website:

Nobel-prize winning physicist, Frank Wilczek, shared a sci-fi short story he wrote about a future of AI wars. FLI volunteer, Eric Gastfriend, wrote a popular piece, in which he consider the impact of exponential increase in the number of scientists. Richard wrote a widely read article laying out the most important AI breakthroughs of the year. We launched the FLI Audio Files with a podcast about the Paris Climate Agreement. And Max wrote an article comparing Russia’s warning of a cobalt bomb to Dr. Strangelove.

On the last day of the year, the New Yorker published an article listing the top 10 tech quotes of 2015, and a quote from our autonomous weapons open letter came in at number one.

2015 has now come to an end, but we believe this is really just the beginning. 2016 has the potential to be an even bigger year, bringing new and exciting challenges and opportunities. The FLI slogan says, “Technology is giving life the potential to flourish like never before…or to self-destruct.” We look forward to another year of doing all we can to help humanity flourish! 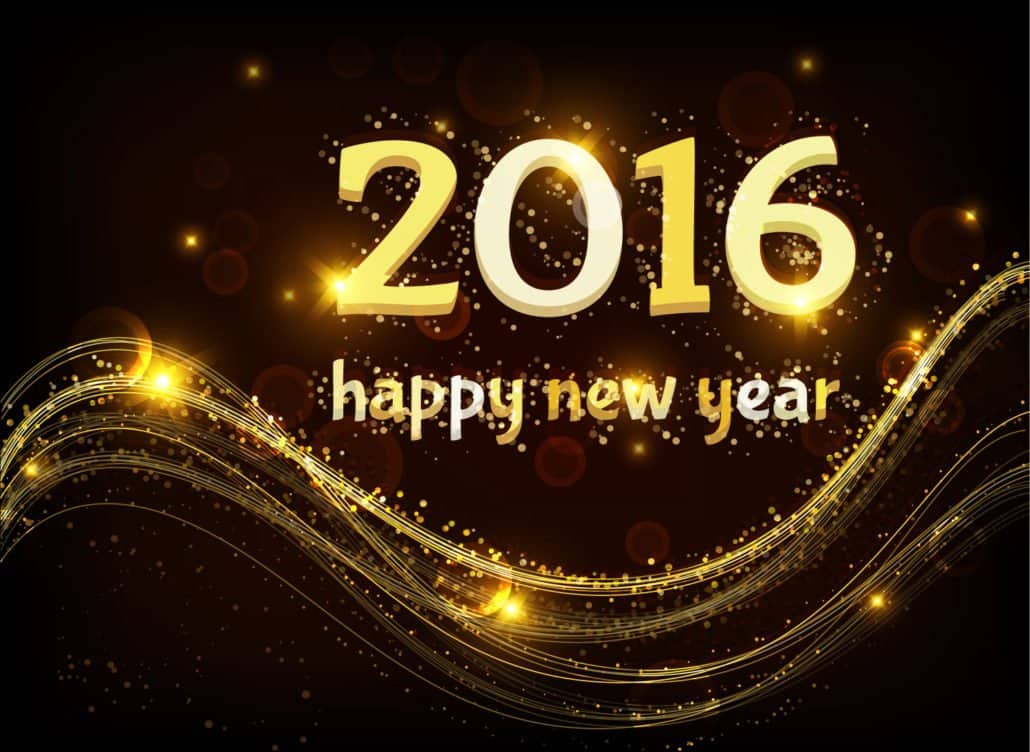