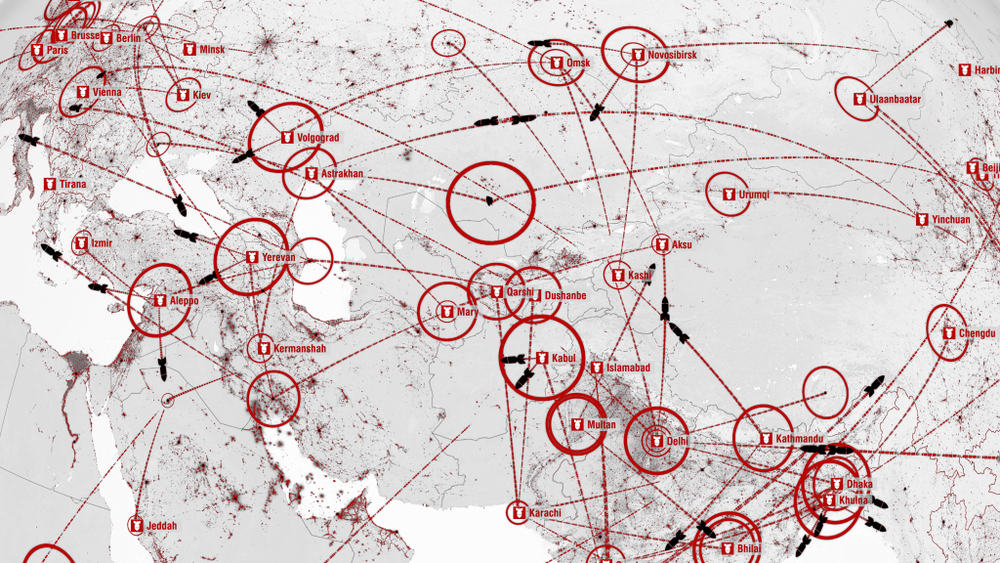 The Humanitarian Impacts of Nuclear War

An International Request for Research Proposals

I. Background on FLI

The Future of Life Institute (FLI) is an independent non-profit, established in 2015, that works to steer transformative technology towards benefiting life and away from extreme large-scale risks.
We seek to reduce large-scale harm, catastrophe, and existential risk resulting from accidental or intentional misuse of transformative technologies. FLI presently focuses on issues of advanced artificial intelligence, militarized AI, nuclear war, bio-risk, biodiversity preservation and new pro-social platforms. The present request for proposals is part of the broader grant program described here.

II. Research on the Humanitarian Impacts of Nuclear War

With the risk of nuclear weapons use growing and the recent threats to use nuclear weapons, a deeper evidence-based understanding of the consequences of nuclear war is urgently needed. The current request for proposals targets research on the humanitarian impacts of nuclear weapons use and nuclear war. This focus builds upon the 2022 Future of Life Award. On August 6, 2022, FLI presented John Birks, Paul Crutzen, Jeannie Peterson, Alan Robock, Carl Sagan, Georgiy Stenchikov, Brian Toon and Richard Turco with the Future of Life Award for their roles in discovering nuclear winter and bringing it to the world's attention. Nuclear winter is the severe and prolonged global climatic cooling that may result from a nuclear war. Nuclear detonations over fuel-dense areas may start violent firestorms, lofting large quantities of soot and smoke into the stratosphere. State-of-the-art climate models suggest it might envelop the planet, blocking out sunlight for years, chilling the planet and devastating global agriculture.

However, even just one nuclear detonation, by accident, miscalculation or design would unleash catastrophic humanitarian impact. Urban areas look very different than in 1945, and rising geopolitical tensions call for more research and knowledge about any type of nuclear weapons use.

The proposed research program can address issues such as:

In this competition, grants totaling at least $3M will be available to researchers in academic and other non-profit institutions for projects of duration up to three years. Grant applications will be subject to a competitive process of external and confidential expert peer review similar to that employed by all major U.S. scientific funding agencies. Renewal funding is possible and contingent on submitting timely reports demonstrating satisfactory progress.

Proposals will be evaluated according to their relevance and impact.

Acceptable uses of grant funds include:

Applications will be accepted electronically through a standard form at grants.futureoflife.org and evaluated in a two-part process, as follows:

A review panel assembled by FLI will screen each Letter of Intent according to the criteria. Based on the review panel assessment, anticipated to be completed by December 11, 2022, FLI will invite some applicants to submit a full proposal. Please keep in mind that however positive FLI may be about a proposal at any stage, it may still be turned down for funding after full peer review.

Completed Full Proposals will undergo a competitive process of external and confidential expert peer review, evaluated according to the criteria described above. A review panel of scientists in the relevant fields will be convened to produce a final rank ordering of the proposals, and make budgetary adjustments if necessary. We aim to make public award announcements by June 1, 2023. Funding should be planned to start around September 1, 2023.

FLI will direct these grants through a Donor Advised Fund (DAF) at the Silicon Valley Community Foundation. FLI will solicit and review grant applications, and based on these reviews, FLI will send the DAF the funding recommendations. After SVCF has completed its due diligence on the grantee institutes and disbursed funds, FLI will work with SVCF to monitor grantee performance via grant reports. In this way, researchers will continue to interact with FLI, while SVCF mostly interacts with the institutes’ administrative or grants management offices.

Submit Your Letter of Intent Here