When Should Machines Make Decisions? 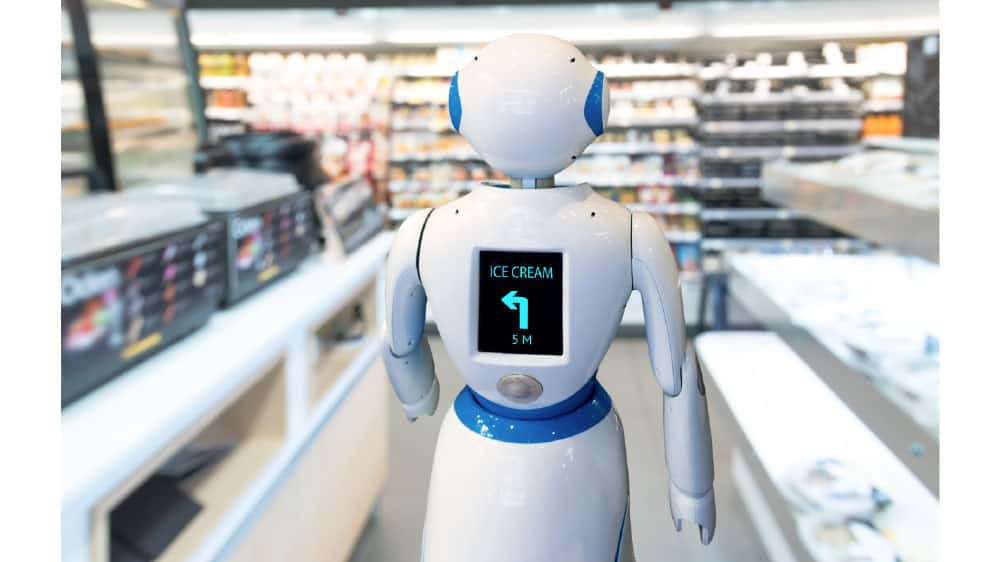 Human Control: Humans should choose how and whether to delegate decisions to AI systems, to accomplish human-chosen objectives.

When is it okay to let a machine make a decision instead of a person? Most of us allow Google Maps to choose the best route to a new location. Many of us are excited to let self-driving cars take us to our destinations while we work or daydream. But are you ready to let your car choose your destination for you? The car might recognize that your ultimate objective is to eat or to shop or to run some errand, but most of the time, we have specific stores or restaurants that we want to go to, and we may not want the vehicle making those decisions for us.

What about more challenging decisions? Should weapons be allowed to choose who to kill? If so, how do they make that choice? And how do we address the question of control when artificial intelligence becomes much smarter than people? If an AI knows more about the world and our preferences than we do, would it be better if the AI made all of our decisions for us?

Questions like these are not easy to address. In fact, two of the AI experts I interviewed responded to this Principle with comments like, “Yeah, this is tough,” and “Right, that’s very, very tricky.”

And everyone I talked to agreed that this question of human control taps into some of the most challenging problems facing the design of AI.

“I think this is hugely important,” said Susan Craw, a Research Professor at Robert Gordon University Aberdeen. “Otherwise you’ll have systems wanting to do things for you that you don’t necessarily want them to do, or situations where you don’t agree with the way that systems are doing something.”

What does human control mean?

Joshua Greene, a psychologist at Harvard, cut right to the most important questions surrounding this Principle.

“This is an interesting one because it’s not clear what it would mean to violate that rule,” Greene explained. “What kind of decision could an AI system make that was not in some sense delegated to the system by a human? AI is a human creation. This principle, in practice, is more about what specific decisions we consciously choose to let the machines make. One way of putting it is that we don’t mind letting the machines make decisions, but whatever decisions they make, we want to have decided that they are the ones making those decisions.

“In, say, a navigating robot that walks on legs like a human, the person controlling it is not going to decide every angle of every movement. The humans won’t be making decisions about where exactly each foot will land, but the humans will have said, ‘I’m comfortable with the machine making those decisions as long as it doesn’t conflict with some other higher level command.’”

Roman Yampolskiy, an AI researcher at the University of Louisville, suggested that we might be even closer to giving AI decision-making power than many realize.

“In many ways we have already surrendered control to machines,” Yampolskiy said. “AIs make over 85% of all stock trades, control operation of power plants, nuclear reactors, electric grid, traffic light coordination and in some cases military nuclear response aka “dead hand.” Complexity and speed required to meaningfully control those sophisticated processes prevent meaningful human control. We are simply not quick enough to respond to ultrafast events, such as those in algorithmic trading and more and more seen in military drones. We are also not capable enough to keep thousands of variables in mind or to understand complicated mathematical models. Our reliance on machines will only increase but as long as they make good decisions (decisions we would make if we were smart enough, had enough data and enough time) we are OK with them making such decisions. It is only in cases where machine decisions diverge from ours that we would like to be able to intervene. Of course figuring out cases in which we diverge is exactly the unsolved Value Alignment Problem.”

Greene also elaborated on this idea: “The worry is when you have machines that are making more complicated and consequential decisions than ‘where do to put the next footstep.’ When you have a machine that can behave in an open-ended flexible way, how do you delegate anything without delegating everything? When you have someone who works for you and you have some problem that needs to be solved and you say, ‘Go figure it out,’ you don’t specify, ‘But don’t murder anybody in the process. Don’t break any laws and don’t spend all the company’s money trying to solve this one small-sized problem.’ There are assumptions in the background that are unspecified and fairly loose, but nevertheless very important.

“I like the spirit of this principle. It’s a specification of what follows from the more general idea of responsibility, that every decision is either made by a person or specifically delegated to the machine. But this one will be especially hard to implement once AI systems start behaving in more flexible, open-ended ways.”

AI is often compared to a child, both in terms of what level of learning a system has achieved and also how the system is learning. And just as we would be with a child, we’re hesitant to give a machine too much control until it’s proved it can be trusted to be safe and accountable. Artificial intelligence systems may have earned our trust when it comes to maps, financial trading, and the operation of power grids, but some question whether this trend can continue as AI systems become even more complex or when safety and well-being are at greater risk.

John Havens, the Executive Director of The IEEE Global Initiative for Ethical Considerations in Artificial Intelligence and Autonomous Systems, explained, “Until universally systems can show that humans can be completely out of the loop and more often than not it will be beneficial, then I think humans need to be in the loop.”

“However, the research I’ve seen also shows that right now is the most dangerous time, where humans are told, ‘Just sit there, the system works 99% of the time, and we’re good.’ That’s the most dangerous situation,” he added, in reference to recent research that has found people stop paying attention if a system, like a self-driving car, rarely has problems. The research indicates that when problems do arise, people struggle to refocus and address the problem.

“I think it still has to be humans delegating first,” Havens concluded.

In addition to the issues already mentioned with decision-making machines, Patrick Lin, a philosopher at California Polytechnic State University, doesn’t believe it’s clear who would be held responsible if something does go wrong.

“I wouldn’t say that you must always have meaningful human control in everything you do,” Lin said. “I mean, it depends on the decision, but also I think this gives rise to new challenges. … This is related to the idea of human control and responsibility. If you don’t have human control, it could be unclear who’s responsible ... the context matters. It really does depend on what kind of decisions we’re talking about, that will help determine how much human control there needs to be.”

Susan Schneider, a philosopher at the University of Connecticut, also worried about how these problems could be exacerbated if we achieve superintelligence.

“Even now it’s sometimes difficult to understand why a deep learning system made the decisions that it did,” she said, adding later, “If we delegate decisions to a system that’s vastly smarter than us, I don’t know how we’ll be able to trust it, since traditional methods of verification seem break down.”

What do you think?

Should humans be in control of a machine’s decisions at all times? Is that even possible? When is it appropriate for a machine to take over, and when do we need to make sure a person is “awake at the wheel,” so to speak? There are clearly times when machines are more equipped to safely address a situation than humans, but is that all that matters? When are you comfortable with a machine making decisions for you, and when would you rather remain in control?