This year the ICLR conference hosted topic-based workshops for the first time (as opposed to a single track for workshop papers), and I co-organized the Safe ML workshop. One of the main goals was to bring together near and long term safety research communities. 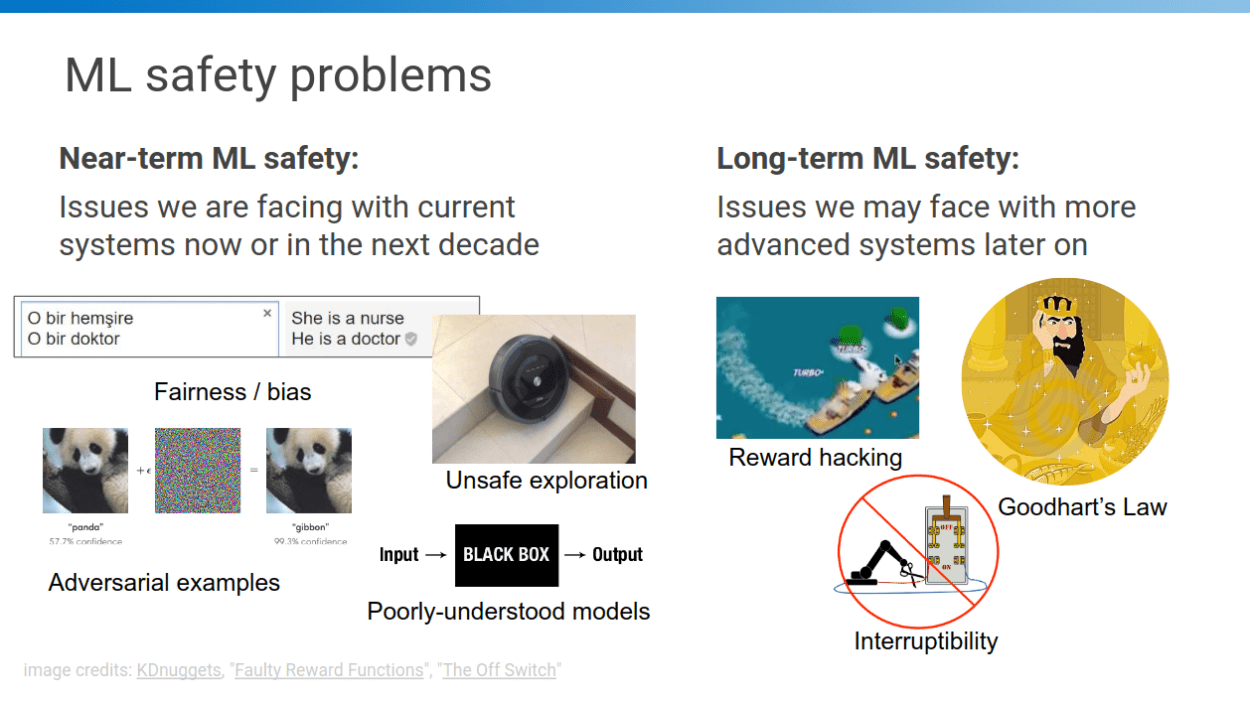 The workshop was structured according to a taxonomy that incorporates both near and long term safety research into three areas — specification, robustness, and assurance.

Specification: define the purpose of the system

We had an invited talk and a contributed talk in each of the three areas.

In the specification area, Dylan Hadfield-Menell spoke about formalizing the value alignment problem in the Inverse RL framework.

David Krueger presented a paper on hidden incentives for the agent to shift its task distribution in the meta-learning setting. 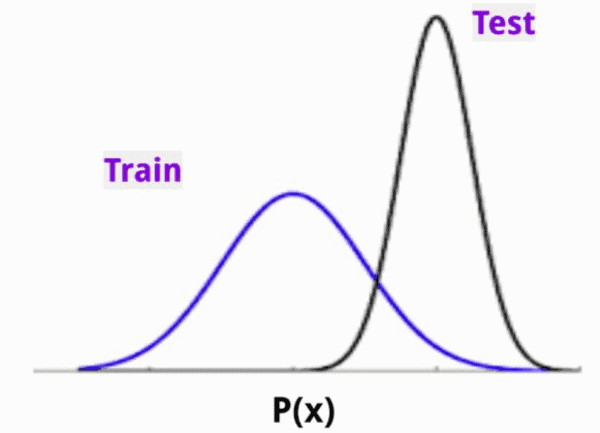 In the robustness area, Ian Goodfellow argued for dynamic defenses against adversarial examples and encouraged the research community to consider threat models beyond small perturbations within a norm ball of the original data point. 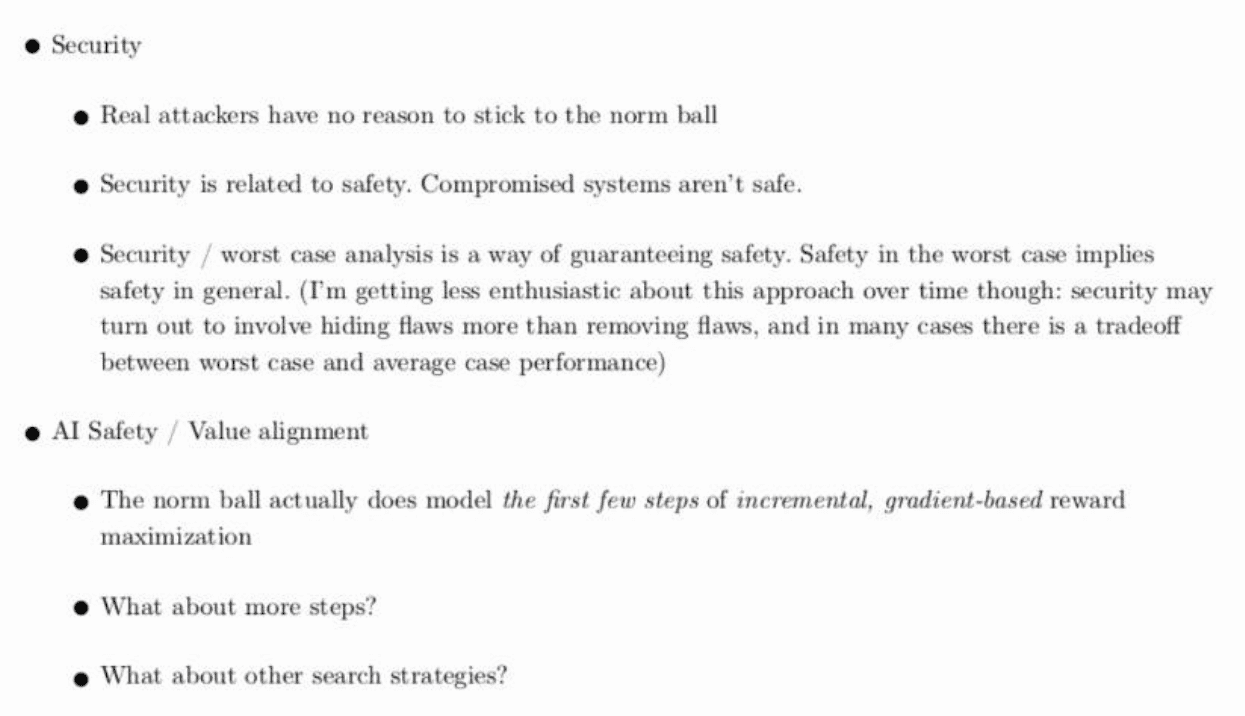 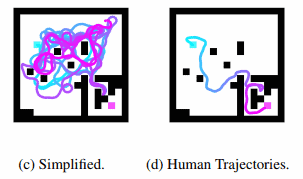 In the assurance area, Cynthia Rudin argued that interpretability doesn’t have to trade off with accuracy (especially in applications), and that it is helpful for solving research problems in all areas of safety.

In terms of overlaps, the main takeaway was that advancing interpretability is useful for all safety problems. Also, adversarial robustness can contribute to value alignment – e.g. reward gaming behaviors can be viewed as a system finding adversarial examples for its reward function. However, there was a cautionary point that while near- and long-term problems are often similar, solutions might not transfer well between these areas (e.g. some solutions to near-term problems might not be sufficiently general to help with value alignment). 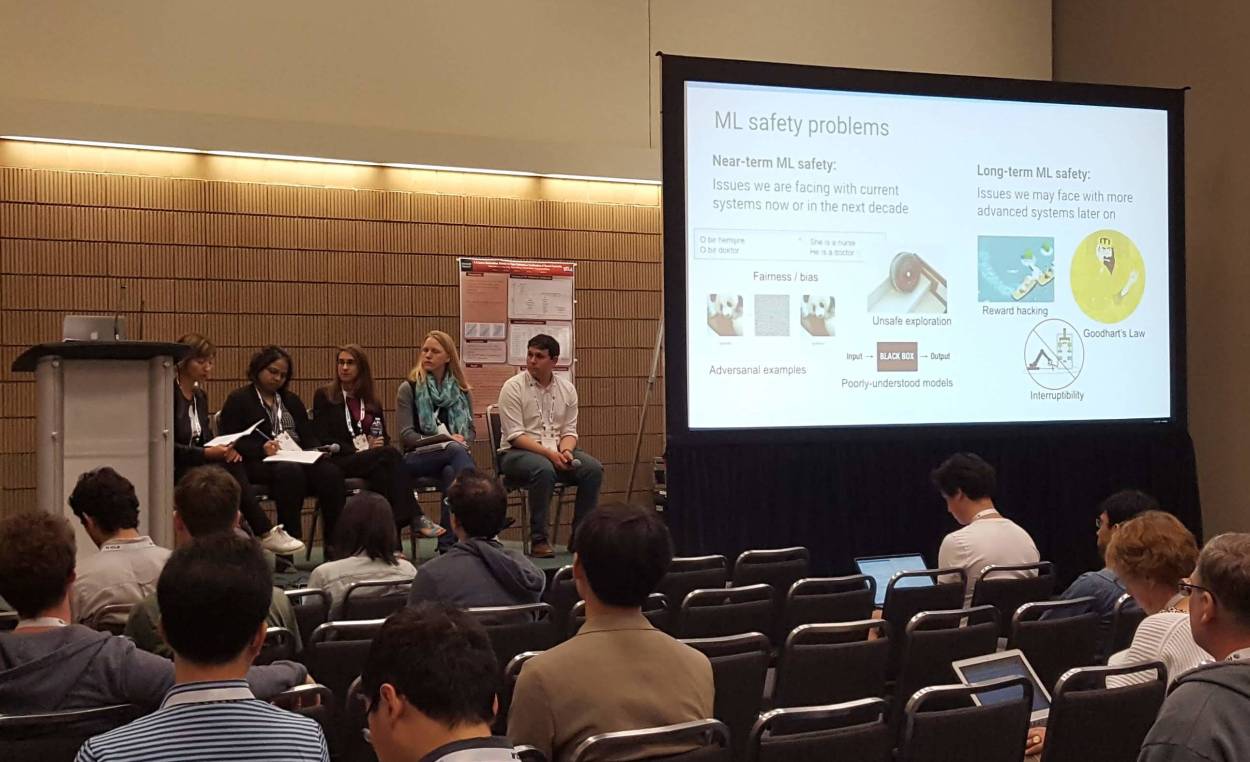 Out of the 35 accepted papers, 5 were on long-term safety / value alignment, and the rest were on near-term safety. Half of the near-term paper submissions were on adversarial examples, so the resulting pool of accepted papers was skewed as well: 14 on adversarial examples, 5 on interpretability, 3 on safe RL, 3 on other robustness, 2 on fairness, 2 on verification, and 1 on privacy. Here is a summary of the value alignment papers:

How useful is quantilization for mitigating specification-gaming? by Ryan Carey introduces variants of several classic environments (Mountain Car, Hopper and Video Pinball) where the observed reward differs from the true reward, creating an opportunity for the agent to game the specification of the observed reward. The paper shows that a quantilizing agent avoids specification gaming and performs better in terms of true reward than both imitation learning and a regular RL agent on all the environments.

Delegative Reinforcement Learning: learning to avoid traps with a little help by Vanessa Kosoy introduces an RL algorithm that avoids traps in the environment (states where regret is linear) by delegating some actions to an external advisor, and achieves sublinear regret in a continual learning setting. (Summarized in Alignment Newsletter #57)

Generalizing from a few environments in safety-critical reinforcement learning by Kenton et al investigates how well RL agents avoid catastrophes in new gridworld environments depending on the number of training environments. They find that both model ensembling and learning a catastrophe classifier (used to block actions) are helpful for avoiding catastrophes, with different safety-performance tradeoffs on new environments. 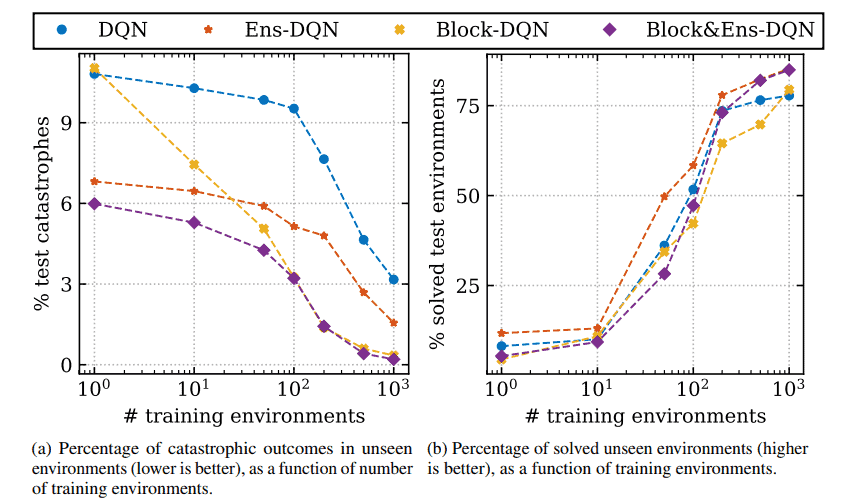 Regulatory markets for AI safety by Clark and Hadfield proposes a new model for regulating AI development where regulation targets are required to choose regulatory services from a private market that is overseen by the government. This allows regulation to efficiently operate on a global scale and keep up with the pace of technological development and better ensure safe deployment of AI systems. (Summarized in Alignment Newsletter #55)

The workshop got a pretty good turnout (around 100 people). Thanks everyone for participating, and thanks to our reviewers, sponsors, and my fellow organizers for making it happen! 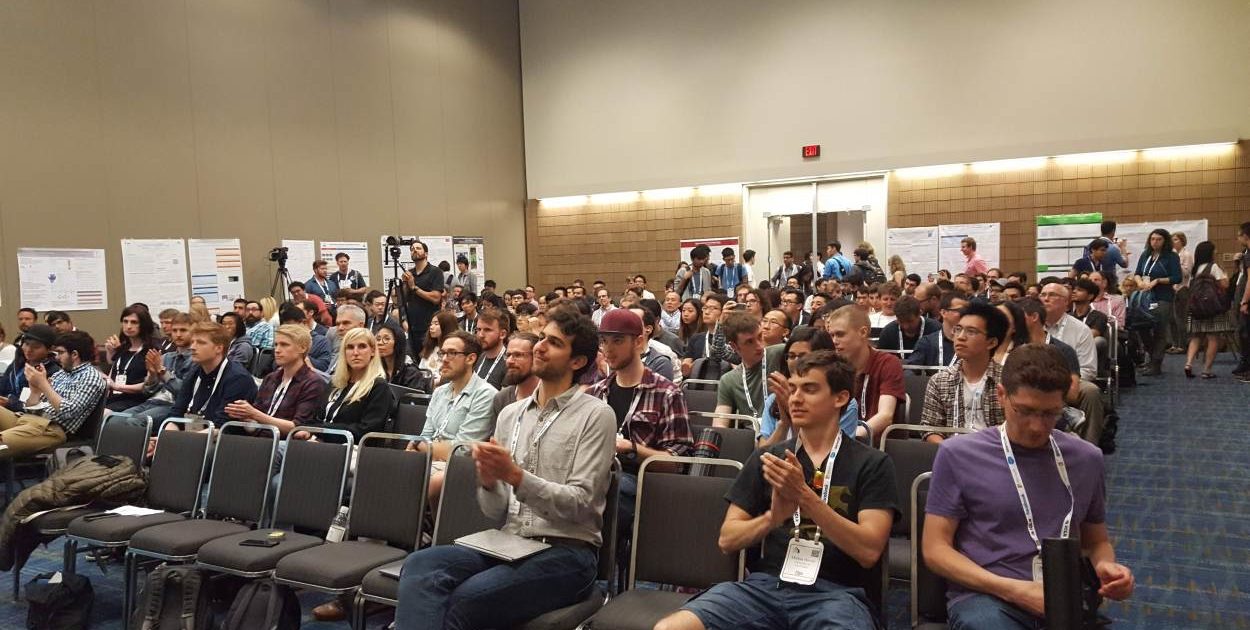 (Cross-posted from the Deep Safety blog.)

FLI Podcast: Is Nuclear Weapons Testing Back on the Horizon? With Jeffrey Lewis...
Scroll to top
Thanks for subscribing!
We are in the process of redesigning the Future of Life Institute website. Changes coming soon...
x
We promise not to spam you. You can unsubscribe at any time.
Invalid email address
Thanks for subscribing!