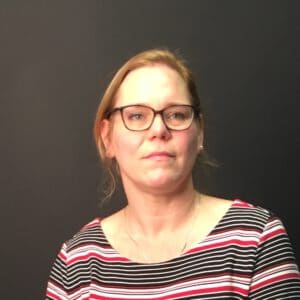 How did you get started in this field? I’ll be honest, it wasn’t in my life-plan. I was traveling a bit, and met some individuals who explained their experiences of US treaty violation, gross human rights abuse, and decades of deceit. In particular, one individual, Corbin Harney told me stories of his people as we stood on their traditional lands. The land was beautiful (I love oceans and deserts both, and this was the latter). He was the spiritual leader of the Western Shoshone nation. His people were forcibly relocated from their traditional lands when the US wanted to build an on-continent nuclear weapons proving ground. His people considered themselves responsible for protecting the land for the generations to come-  borrowers from the future rather than owners. It resonated.

That and the fact that they were resisting what are the absolute worst weapons ever designed.

There were these really cool and nice people, they were welcoming, they were passionate, it was contagious. I got hooked.

Most people would say “and I never looked back”, but actually I look back all the time.  How the heck did this girl from NYC wind up in Las Vegas organising communities around the Great Basin bio-region to resist nuclear threats?  And clearly, what happened in Vegas didn’t stay in Vegas!  I wound up back in NYC, working alongside the UN, eventually leading me to Switzerland, to negotiate new treaties (with countries that have a decent track record of abiding by them) and now to the Netherlands making those treaties matter.

It’s been a hell of a ride, more exciting than the roller coaster at New York New York.

(For more on Susi's backstory, check out this interview.)

What do you like about your work? I love the people. The passionate, creative, inspired people that I’m lucky enough to work with. I also really like dealing with the reality that we are working to change something that’s been just accepted for so long. I know that we can.  I also really like the fact that we celebrate our wins. The International Campaign to Abolish Nuclear Weapons is the most fun campaign I’ve ever worked on, and one of the most successful. I don’t think that’s an accident either.

What do you not like about your work? Have you seen the news lately?  There is a bit of fear that comes and goes when dealing with existential issues. I also hate writing funding proposals. (but doesn’t everyone?)

Do you have any advice for women who want to enter this field? Do it! Find your passion, produce the research that supports your policy recommendation and demand the space to say your piece. I always think to the first US woman that ran on a major party for President- Shirley Chisholm, she said “if they don’t give you a seat, bring a folding chair”.  I think about the fact that there are (some) more seats now, and that’s amazing. There is still a long, long way to go before equity, but there are some serious efforts to move closer to that day.

Practically speaking, find mentors, and if you are doing well, find someone to mentor. There will always be global challenges, and it's our responsibility to make sure we leave a legacy of those who can address them.

What makes you hopeful for the future? So many things, but one little story.  I did a university lecture the other day. I do these every so often, they are fun and I like getting up in front of students. I started off my lecture saying I was going to talk about nuclear weapons with a feminist flair. There were cheers. As someone who believes no progress on anything is really possible without considering gendered impacts, as someone who is intrigued by the push towards feminist foreign policy (and who is currently watching the Dutch national debate on nuclear weapons take a pronounced gendered flair). That group of mixed gender students cheering makes me hopeful.

New Report: Don't Be Evil - A Survey of the Tech Sector’s Stance on Lethal Autonomous Weapons