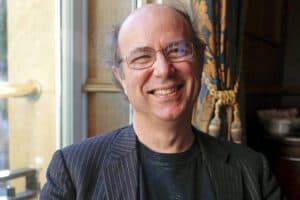 Frank Wilczek is a physics professor at MIT and a 2004 Nobel laureate for his work on the strong nuclear force. He is known, among other things, for the discovery of asymptotic freedom, the development of quantum chromodynamics, the invention of axions, and the discovery and exploitation of new forms of quantum statistics (anyons). When only 21 years old and a graduate student at Princeton University, in work with David Gross, he defined the properties of color gluons, which hold quarks together in protons and neutrons.