Scientists to Congress: The Iran Deal is a Keeper 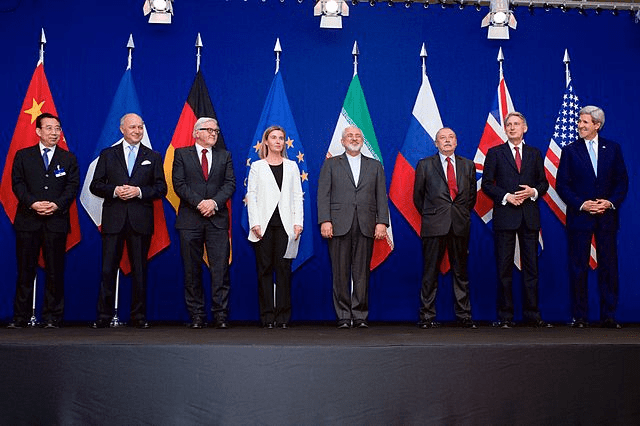 The following article was written by Dr. Lisbeth Gronlund and originally posted on the Union of Concerned Scientists blog.

The July 2015 Iran Deal, which places strict, verified restrictions on Iran’s nuclear activities, is again under attack by President Trump. This time he’s kicked responsibility over to Congress to “fix” the agreement and promised that if Congress fails to do so, he will withdraw from it.

As the New York Times reported, in response to this development over 90 prominent scientists sent a letter to leading members of Congress yesterday urging them to support the Iran Deal—making the case that continued US participation will enhance US security.

Many of these scientists also signed a letter strongly supporting the Iran Deal to President Obama in August 2015, as well as a letter to President-elect Trump in January. In all three cases, the first signatory is Richard L. Garwin, a long-standing UCS board member who helped develop the H-bomb as a young man and has since advised the government on all matters of security issues. Last year, he was awarded a Presidential Medal of Freedom.

If President Trump did pull out of the agreement, what would that mean? First, the Joint Comprehensive Plan of Action (JCPoA) (as it is formally named) is not an agreement between just Iran and the US—but also includes China, France, Germany, Russia, the UK, and the European Union. So the agreement will continue—unless Iran responds by quitting as well. (More on that later.)

The Iran Deal is not a treaty, and did not require Senate ratification. Instead, the United States participates in the JCPoA by presidential action. However, Congress wanted to get into the act and passed The Iran Agreement Review Act of 2015, which requires the president to certify every 90 days that Iran remains in compliance.

President Trump has done so twice, but declined to do so this month and instead called for Congress—and US allies—to work with the administration “to address the deal’s many serious flaws.” Among those supposed flaws is that the deal covering Iran’s nuclear activities does not also cover its missile activities!

According to President Trump’s October 13 remarks:

Key House and Senate leaders are drafting legislation that would amend the Iran Nuclear Agreement Review Act to strengthen enforcement, prevent Iran from developing an inter– —this is so totally important—an intercontinental ballistic missile, and make all restrictions on Iran’s nuclear activity permanent under US law.

First, according to the International Atomic Energy Agency, which verifies the agreement, Iran remains in compliance. This was echoed by Norman Roule, who retired this month after working at the CIA for three decades. He served as the point person for US intelligence on Iran under multiple administrations. He told an NPR interviewer, “I believe we can have confidence in the International Atomic Energy Agency’s efforts.”

Second, the Iran Deal was the product of several years of negotiations. Not surprisingly, recent statements by the United Kingdom, France, Germany, the European Union, and Iran make clear that they will not agree to renegotiate the agreement. It just won’t happen. US allies are highly supportive of the Iran Deal.

Third, Congress can change US law by amending the Iran Nuclear Agreement Review Act, but this will have no effect on the terms of the Iran Deal. This may be a face-saving way for President Trump to stay with the agreement—for now. However, such amendments will lay the groundwork for a future withdrawal and give credence to President Trump’s claims that the agreement is a “bad deal.” That’s why the scientists urged Congress to support the Iran Deal as it is.

The End of a Good Deal?

If President Trump pulls out of the Iran Deal and reimposes sanctions against Iran, our allies will urge Iran to stay with the deal. But Iran has its own hardliners who want to leave the deal—and a US withdrawal is exactly what they are hoping for.

If Iran leaves the agreement, President Trump will have a lot to answer for. Here is an agreement that significantly extends the time it would take for Iran to produce enough material for a nuclear weapon, and that would give the world an alarm if they started to do so. For the United States to throw that out the window would be deeply irresponsible. It would not just undermine its own security, but that of Iran’s neighbors and the rest of the world.

Let’s hope these four men will do what’s needed to prevent the end of a good deal—a very good deal.