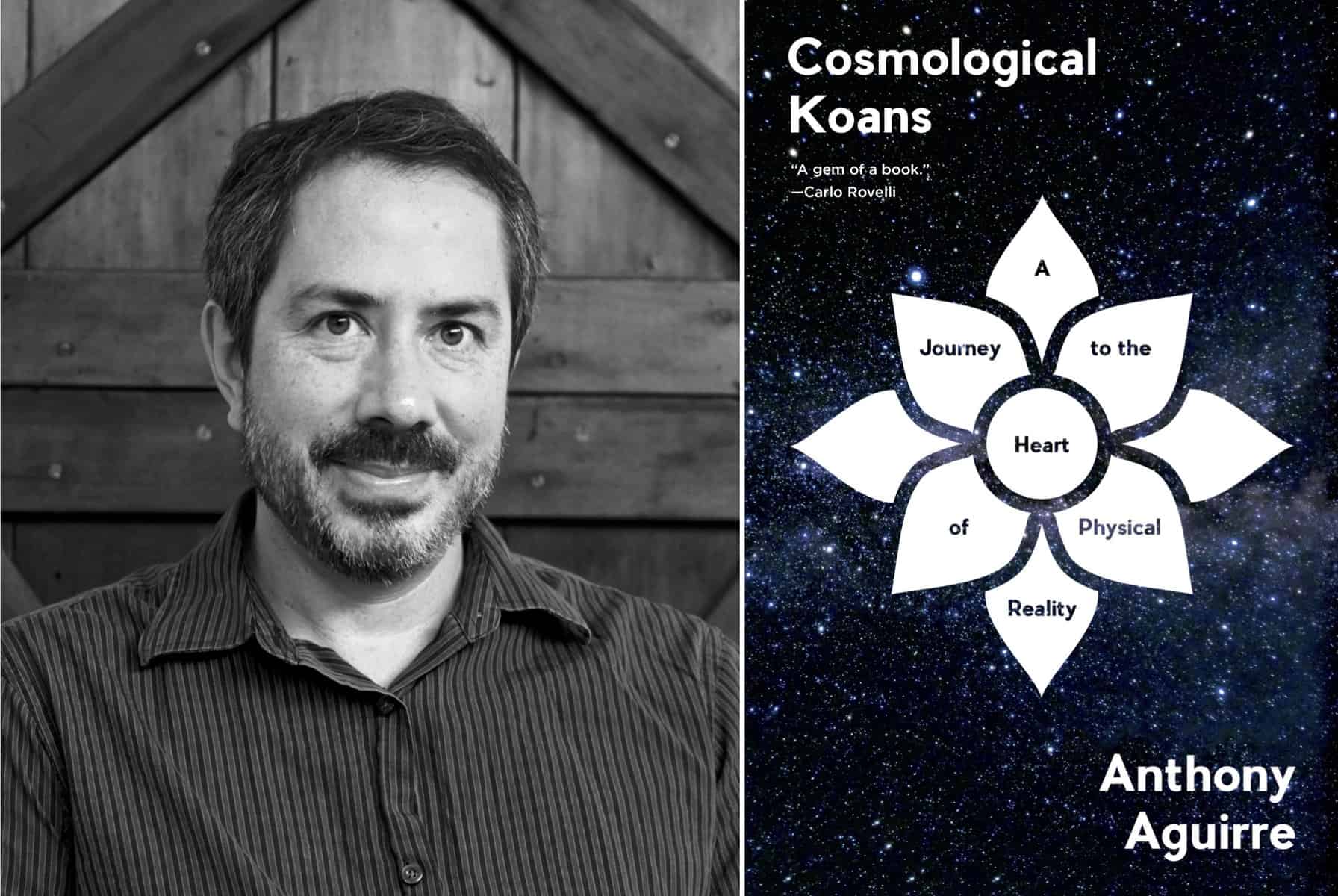 Cosmological Koans: A Journey to the Heart of Physical Reality with Anthony Aguirre 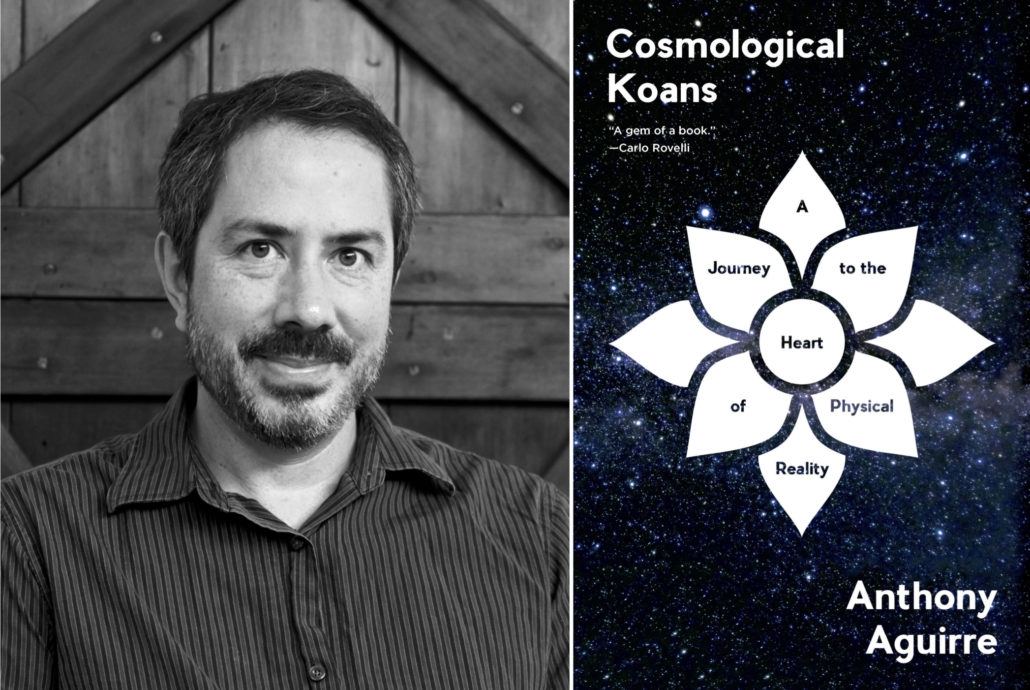 There exist many facts about the nature of reality which stand at odds with our commonly held intuitions and experiences of the world. Ultimately, there is a relativity of the simultaneity of events and there is no universal "now." Are these facts baked into our experience of the world? Or are our experiences and intuitions at odds with these facts? When we consider this, the origins of our mental models, and what modern physics and cosmology tell us about the nature of reality, we are beckoned to identify our commonly held experiences and intuitions of the world, to analyze them in the light of modern science and philosophy, and to come to new implicit, explicit, and experiential understandings of the world.

On the latest episode of the FLI podcast, FLI co-founder Anthony Aguirre joined Lucas Perry for a conversation based around his new book, Cosmological Koans: A Journey into the Heart of Physical Reality. Cosmological Koans explores the nature of space, time, motion, quantum physics, cosmology, the observer, identity, and existence itself through Zen koans fueled by science and designed to elicit questions, experiences, and conceptual shifts in the reader. The universe can be deeply counter-intuitive at many levels and this conversation, rooted in Anthony's book, is an attempt at exploring this problem and articulating the contemporary frontiers of science and philosophy. Listen here.

A huge thank you to Ariel Conn, who has hosted the FLI podcast series for the last several years. Ariel is transitioning out of her role and will be passing the FLI podcast over to Lucas Perry, current host of the AI Alignment Podcast. We're excited about the future of the podcast, and we'll continue to evolve the series to best serve you, our listeners. 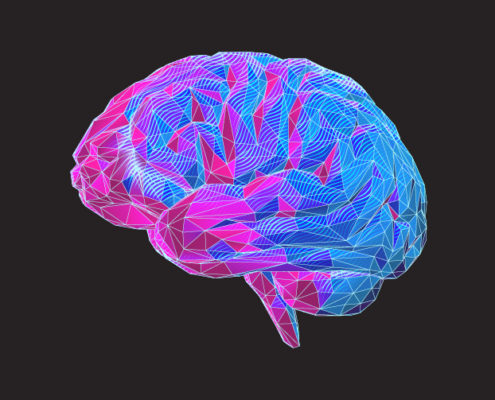 The Psychology of Existential Risk: Moral Judgments about Human Extinction

Humanity’s ever-increasing technological powers can, if handled well, greatly improve life on Earth. But if they’re not handled well, they may instead cause our ultimate demise: human extinction. In a recently published report, Stefan Schubert, Lucius Caviola, and Nadira Faber examined the public's attitudes towards human extinction. Read Stefan's summary of their findings and conclusions here. 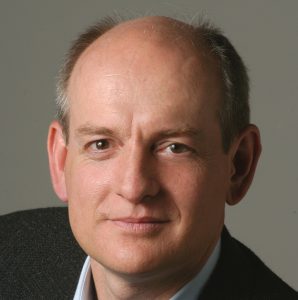 This month's AI Alignment Podcast featured Stuart Russell, one of AI’s true pioneers and a present-day leader in the field. Stuart released a new book, Human Compatible: Artificial Intelligence and the Problem of Control, early this month, in which he articulates the civilization-scale problem of aligning machine intelligence with human goals and values. Not only does he further develop the AI alignment problem, but he also proposes a novel solution for the creation of beneficial machine intelligence. He joined host Lucas for an in-depth discussion of the foundational work. Listen here.


Not Cool: A Climate Podcast 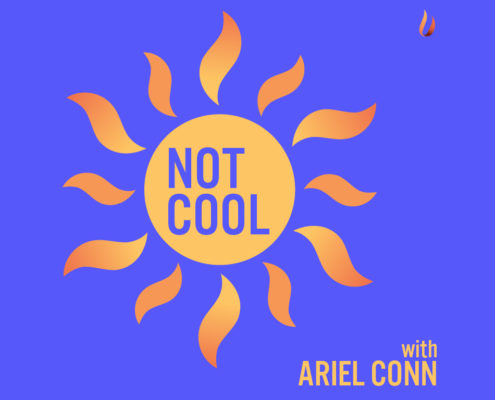 This month we continued our limited podcast series on the climate crisis, Not Cool with Ariel Conn. We started this podcast because the news about climate change seems to get worse with each new article and report, and the solutions, at least as reported, remain vague and elusive. We've been talking to climate experts from around the world about a whole range of issues, including the basic science behind climate change, the steps we can take to mitigate its effects, and the ways in which people are adapting to their changing environments. October's episodes looked at extreme weather events, impacts on human health, ecosystem-based adaptation, carbon finance, climate justice, climate applications of machine learning, the global carbon budget, non-carbon pollutants, and more. Find a list of new episodes below. 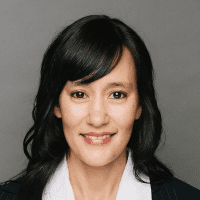 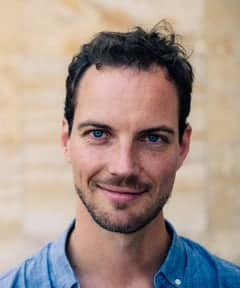 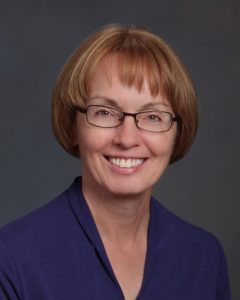 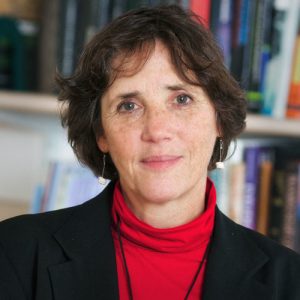 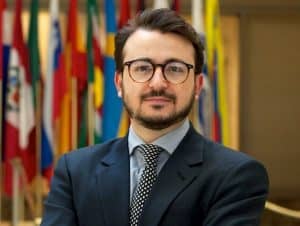 Episode 14: Filippo Berardi on carbon finance and the economics of climate change 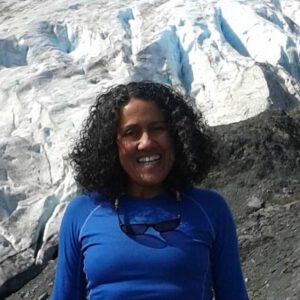 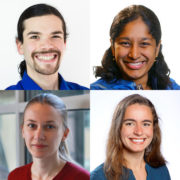 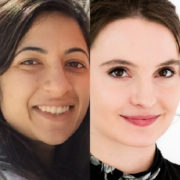 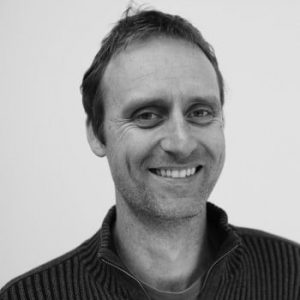 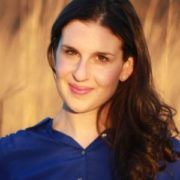 FLI submitted public comments on a regulation by the U.S. Department of Housing and Urban Development (HUD) regarding the legal liability of using AI systems under the Fair Housing Act.

Jessica Cussins gave a talk at the Stanford Institute for Human-Centered AI 2019 Fall Conference on AI Ethics, Policy and Governance.

Jared Brown attended the Global Forum on Artificial Intelligence for Humanity (GFAIH). In addition to attending the conference, he also met with partner organizations and other governmental and non-governmental representatives to discuss FLI support for the launch of the Global Partnership on AI (GPAI) and the OECD's AI Policy Observatory (AIPO). Jared also continued consultations with the U.S. Defense Innovation Board (DIB) on the draft AI Principles for Defense released on Oct. 31.

Richard Mallah gave a talk at the Responsible AI Summit conference in Montreal on how AI safety and AI ethics increasingly overlap as AI becomes more capable. He also participated in a panel discussion there on relevant regulatory concerns.

THE WALL STREET JOURNAL: The Worlds That AI Might Create

FORBES: Turning Points: The Opportunity Of The Innovation Age 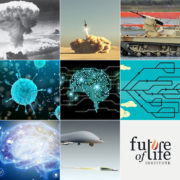