Three Heroes Who Helped Save the Ozone Layer

What happens when the technologies that we can’t live without become technologies that we can’t live with?The Future of Life Institute is thrilled to present Joe Farman, Susan Solomon, and Stephen O. Andersen with the 2021 Future of Life Award for their important contributions to the passage and success of the Montreal Protocol. The Protocol banned the production and use of ozone-depleting chlorofluorocarbon gases (CFCs) and as a result the Antarctic ozone hole is now closing.Had the world not acted, the global ozone layer would have collapsed by 2050. By 2070, the UV index would have been 30 - anything over 11 is extreme - causing roughly 2.8 million excess skin cancer deaths and 45 million cataracts. It's estimated that the world would have also been been 4.5 degrees (F) warmer - a level most climatologists agree is disastrously high - prompting the collapse of entire ecosystems and agriculture.In 1985, geophysicist Joe Farman and his team from the British Antarctic Survey discovered the ozone hole above Antarctica. Their measurements indicated an alarming rate of ozone depletion and effectively shocked the scientific community, as well as governments and wider society, into action.Atmospheric chemist Susan Solomon determined the cause of the hole: stratospheric clouds that form only above Antarctica were catalyzing additional ozone-depleting reactions when lit by the sun during spring. Her research drove momentum on the road to regulation, and she herself acted as an important bridge between the scientific community and policymakers, showing the importance of interdisciplinary communication in creating a united front against global challenges.From medical to military uses, 240 industrial sectors would need to be reorganized to prevent global catastrophe. Stephen O. Anderson, Deputy Director for Stratospheric Ozone Protection at the US Environmental Protection Agency during the Reagan administration, took on the challenge of transforming this industrial juggernaut. He founded and, from 1988 to 2012, co-chaired the Technology and Economic Assessment Panel, working with industry to develop hundreds of innovative solutions for phasing out CFCs. His work was critical to the Protocol's success.The Future of Life Award is given annually to individuals who, without having received much recognition at the time, have helped make today dramatically better than it may otherwise have been. You can find out more about the Award here, and please explore the educational materials we have produced about this year's winners below!

Watch FLI’s "How We Saved The Ozone Layer" 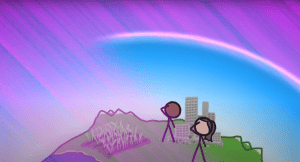 MinuteEarth's "How to Solve Every Crisis" Video

To celebrate the fifth anniversary of the Future of Life Award, FLI collaborated with popular YouTube channel MinuteEarth to produce a video drawing together lessons from the stories of the Montreal Protocol, the focus of this year's award, and the eradication of smallpox, the focus of last year's award, for managing global catastrophic threats — from ecological devastation to the spread of global pandemics and beyond. 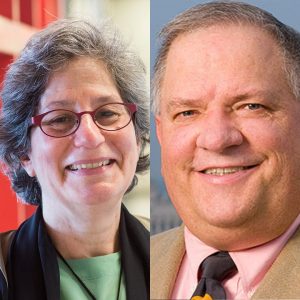 In this special episode of the FLI Podcast, Lucas Perry speaks with our 2021 Future of Life Award winners about what Stephen Andersen describes as "science and politics at its best" — the scientific research that revealed ozone depletion and the work that went into the Montreal Protocol, which steered humanity away from the chemical compounds that caused it.Among other topics, Susan Solomon discusses the inquiries and discoveries that led her to study the atmosphere above the Antarctic, and Stephen describes how together science and public pressure moved industry faster than the speed of politics. To wrap up, the two apply lessons learnt to today's looming global threats, including climate change. 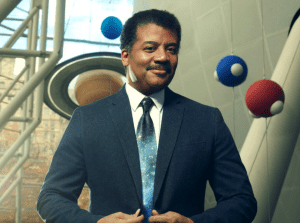 Cosmic Queries in the O-Zone: Saving the World with Susan Solomon & Stephen Andersen

What happens to our planet without ozone? How did entire industries move to new, safer chemicals? How does the public's interest in environmental issues create the possibility for meaningful action — and could we do it all again in today's divided world?Astrophysicist Neil deGrasse Tyson and Comedian Chuck Nice speak with Susan and Stephen on the popular podcast StarTalk about what they did to save the planet — and what's left to be done. 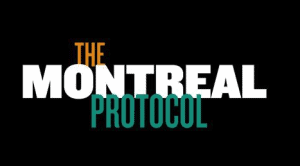 The Hole: A Short Film on the Montreal Protocol, narrated by Sir David Attenborough

A short film produced by the United Nations Ozone Secretariat explaining the scientific and policy demands that drove the Montreal Protocol, a global, cooperative ban on CFC's to save the ozone layer. The protocol was the first universally ratified treaty with the United Nations and, more importantly, had we not taken action, NASA estimates the ozone hole could have been 10 times worse.