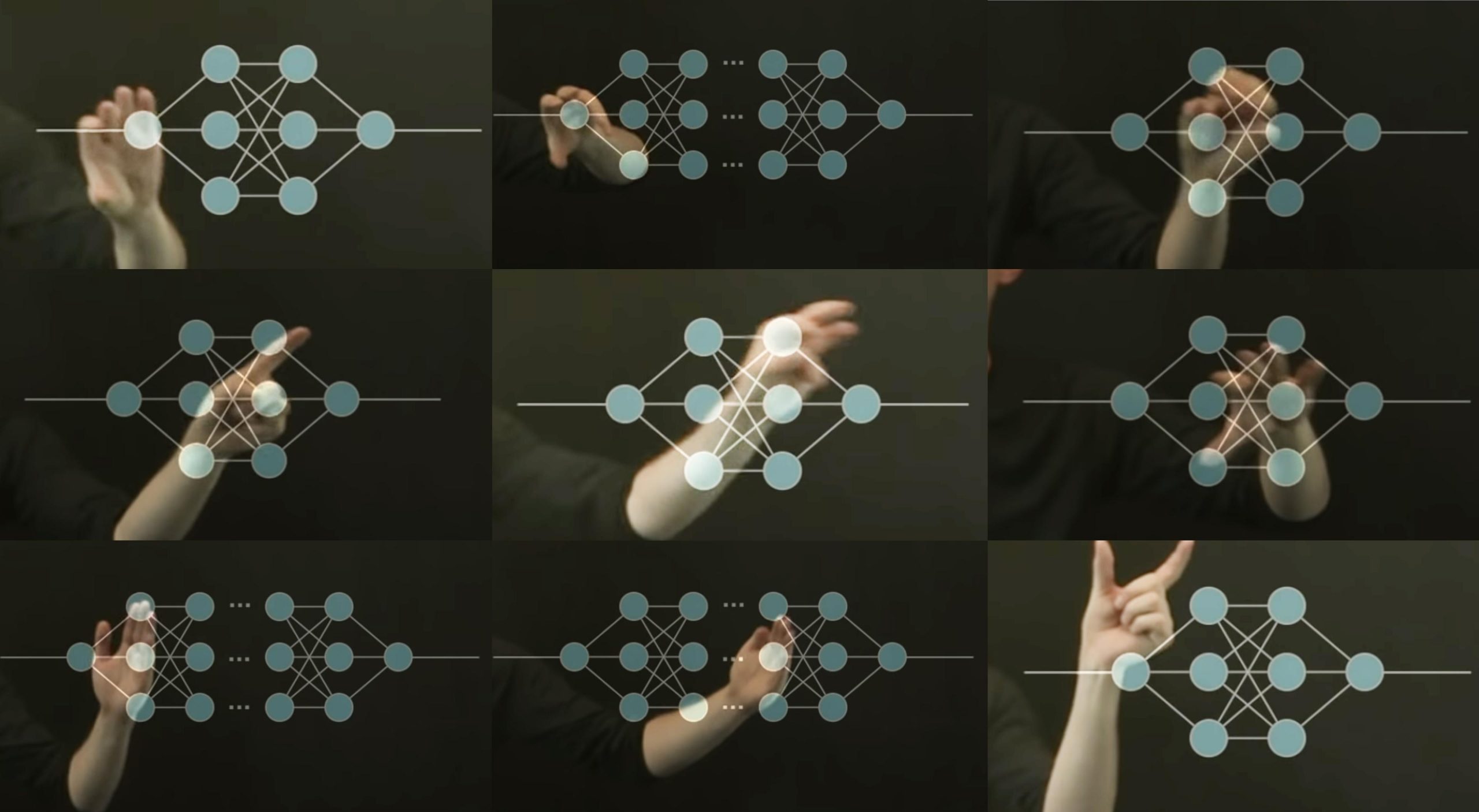 In 2015, FLI launched the first peer-reviewed grants program aimed at ensuring artificial intelligence (AI) remains safe, ethical and beneficial. In the first round, FLI awarded $6.5M to 37 researchers. You can read more about these researchers, their projects, and their outputs below.

In early 2018, FLI launched a second grantmaking round, this time with a focus on ensuring that artificial general intelligence (AGI) remains safe and beneficial. $2M was awarded to 10 researchers, whose work you can read more about below.

FLI is grateful to the Berkeley Existential Risk Institute, Open Philanthropy Project, and Elon Musk for their donations, which made the grants program possible.

Click on any of the researchers below for more information about their work.

Click on any of the researchers below for more information about their work.

➣ Creighton, Jolene. The Evolution of AI: Can Morality be Programmed? Futurism, based on an interview about our project with Conitzer.

➣ Ermon, Stefano. What Are Some Recent Advances in Non-Convex Optimization Research? The Huffington Post. http://www.huffingtonpost.com/entry/what-are-some-recent-adva_b_956388

➣Kristen Brent Venable, IHMC: Taught a new ad-hoc independent study course entitled “Ethics for Artificial Intelligence” during the spring 2016 semester with the goal of carrying out an in-depth state of the review of models for ethical issues and ethical values in AI.

➣ Owain Evans (AgentModels.org): An interactive online textbook, to communicate the idea of IRL to a broader audience and to give a detailed explanation of our approach to IRL to the existing AI Safety and AI/ML communities.

➣ The Control Problem in AI: by the Strategic AI Research Centre

This was an intensive workshop at Oxford, with a large number of participants, and covered, among many other things, goals and principles of AI policy and strategy, value alignment for advanced machine learning, the relative importance of AI v. other x-risk, geopolitical strategy, government involvement, analysis of the strategic landscape, theory and methods of communication and engagement, the prospects of international-space-station-like coordinated AGI development, and an enormous array of technical AI control topics.

This workshop focused on a selection of key areas, such as: classifying risks, international governance, and surveillance. The workshop also engaged in a series of brainstorming and analysis exercises. The brainstorming sessions included “rapid problem attacks” on especially difficult issues, a session drafting various “positive visions” for different AI development scenarios, and a session (done in partnership with Open Philanthropy) which involved brainstorming ideas for major funders interested in x-risk reduction. This workshop even engaged in two separate “red team” exercises in which we sought out vulnerabilities, first in our own approach and research agenda, and then on global security.

This workshop included two panels. The first asked whether artificial intelligence systems could ever provide reliable moral advice on a wide range of issues. Two speakers were skeptical about traditional top-down approaches, but the other two speakers argued that new alternatives are more promising. The second panel focussed on particular applications of artificial intelligence in war. The panelists again vigorously disagreed but left with a much better understanding of each other’s positions. Both panels were very diverse in their disciplinary backgrounds. The audience consisted of approximately 50 professors and students as well as members of the public.

Each part of this workshop included an in depth discussion of an innovative model for moral artificial intelligence. The first group of speakers explained and defended the bottom-up approach that they are developing with support from the FLI. The second session was led by a guest speaker who presented a dialogic theory of moral reasoning that has potential to be programmed into artificial intelligence systems. In the end, both groups found that their perspectives were complementary rather than competing. The audience consisted of around 20 students and faculty from a wide variety of fields.

This workshop took place at the AAAI Fall Symposium, Arlington, VA, November 12-14, 2015 and included issues of Unknown Unknowns in machine learning and more generally touched on issues at the intersection of software engineering and machine learning, including verification and validation.

The Future of Artificial Intelligence workshop was held at NYU. The first day consisted of two public sessions on the subject of “How AI is Used in Industry, Present and Future”. The first session included talks by Eric Schmidt (Alphabet), Mike Schroepfer (Facebook), Eric Horvitz (MSR), and me. This was followed by a panel  including all of us plus Demis Hassabis (Deep Mind) and Bart Selman (Cornell). I talked about AI applications in science (bird migration, automated scientist), law enforcement (fraud detection, insider threat detection), and sustainability (managing invasive species). This session was generally very up-beat about the potential of AI to do great things. The second session had talks by Jen-Hsun Huang (NVIDIA), Amnon Shashua (Mobileye), John Kelly (IBM), and Martial Hebert (CMU). The final session turned toward the present and future of AI with presentations by Bernhard Schölkopf (Max Planck Institute), Demis Hassabis (Google DeepMind), and Yann LeCun (Facebook AI Research & NYU). Bernhard spoke about discovering causal relationships, Demis spoke about artificial general intelligence and his vision of how to achieve it. Yann discussed “differentiable programs” and raised the issue of whether we can differentiate traditional symbolic AI methods or need to adopt continuous representations for them.

The second and third days of the workshop were subject to Chatham House Rules. Many topics were discussed including (a) the impact of AI on the future of employment and economic growth, (b) social intelligence and human-robot interaction, (c) the time scales of AI risks: short term, medium term, and very long term, (d) the extent to which mapping the brain will help us understand how the brain works, (e) the future of US Federal funding for AI research and especially for young faculty, (f) the challenges of creating AI systems that understand and exhibit ethical behavior, (g) the extent to which AI should be regulated either by government or by community institutions and standards, and (h) how do we develop appropriate “motivational systems” for AI agents?

This was an ICML Workshop, NY, June 23, 2016. This workshop discussed a wide range of issues related to engineering reliable AI systems. Among the questions discussed were (a) how to estimate causal effects under various kinds of situations (A/B tests, domain adaptation, observational medical data), (b) how to train classifiers to be robust in the face of adversarial attacks (on both training and test data), (c) how to train reinforcement learning systems with risk-sensitive objectives, especially when the model class may be misspecified and the observations are incomplete, and (d) how to guarantee that a learned policy for an MDP satisfies specified temporal logic properties. Several important engineering practices were also discussed, especially engaging a Red Team to perturb/poison data and making sure we are measuring the right data. My assessment is that a research community is coalescing nicely around these questions, and the quality of the work is excellent.

More details of the workshop can be found at our website: https://sites.google.com/site/wildml2016/.

How can we ensure that when AI system fail, they fail gracefully and detectably? This is difficult for systems that must adapt to new or changing environments; standard PAC guarantees for machine learning systems fail to hold when the distribution of test data does not match the distribution of training data. Moreover, systems capable of means-end reasoning may have incentives to conceal failures that would result in their being shut down. We would much prefer to have methods of developing and validating AI systems such that any mistakes can be quickly noticed and corrected.
Participants: Andrew Critch (MIRI), Patrick LaVictoire (MIRI), Jessica Taylor (MIRI), Scott Garrabrant (MIRI), Abram Demski (USC Institute for Creative Technologies), Bart Selman (Cornell), Bas Steunebrink (IDSIA), Daniel Filan (Australian National University), Devi Borg (Future of Humanity Institute), Jack Gallagher (Gallabytes), Jim Babcock, Nisan Stiennon (Google), Ryan Carey (Centre for the Study of Existential Risk), Sune Jakobsen (University College Longdon)

➣ Control and Responsible Innovation in the Development of Autonomous Systems Workshop: by The Hastings Center

The four co-­chairs (Gary Marchant, Stuart Russell, Bart Selman, and Wendell Wallach) and The Hastings Center staff (particularly Mildred Solomon and Greg Kaebnick) designed this first workshop. This workshop was focused on exposing participants to relevant research progressing in an array of fields, stimulating extended reflection upon key issues and beginning a process of dismantling intellectual silos and loosely knitting the represented disciplines into a transdisciplinary community. Twenty-five participants gathered at The Hastings Center in Garrison, NY from April 24th – 26th, 2016. The workshop included representatives from key institutions that have entered this space, including IEEE, the Office of Naval Research, the World Economic Forum, and of course AAAI. They are planning a second workshop, scheduled for October 30-November 1, 2016. The invitees for the second workshop are primarily scientists, but also include social theorists, legal scholars, philosophers, and ethicists. The expertise of the social scientists will be drawn upon in clarifying the application of research in cognitive science and legal and ethical theory to the development of autonomous systems. Not all of the invitees to the second workshop have considered the challenge of developing beneficial trustworthy artificial agents. However, we believe we are bringing together brilliant and creative minds to collectively address this challenge. We hope that scientific and intellectual leaders, new to the challenge and participating in the second workshop, will take on the development of beneficial, robust, safe, and controllable AI as a serious research agenda.

➣ A Day of Ethical AI at Oxford: by Michael Wooldridge, Peter Millican, and Paula Boddington

This workshop was held at the Oxford Martin School on June 8th, 2016. The goal of the workshop was collaborative discussion between those working in AI and ethics and related areas,    between geographically close and linked centres. Participants were invited from the Oxford Martin    School, The Future of Humanity Institute, the Cambridge Centre for the Study of Existential Risk, and the Leverhulme Centre for the Future of Intelligence, plus others.    Participants included    FLI grantholders. This workshop included participants from diverse disciplines, including computing,philosophy and psychology, to facilitate cross disciplinary conversation and understanding.

This workshop took place at IJCAI-’16, July 9th, 2016, in New York. This workshop focussed on selecting papers which speak to the themes of law and autonomous vehicles, ethics of autonomous systems, and superintelligence.

➣ Asaro, P. (2015). “The Human Brain in the Age of Robots: Social & Ethical Issues,” Webinar on Future Computing and Robotics in the Human Brain Project, Danish Board of Technology, October 9, 2015. http://www.tekno.dk/article/future-computing-and-robotics/?lang=en

➣ Asaro, P.(2015). “Concepts of Agency & Autonomy: Towards the Governance of Autonomous Weapons,” Meeting of the Society for the Social Studies of Science, Denver, Co, November 11-15, 2015.  http://convention2.allacademic.com/one/ssss/4s15/

➣ Walter Sinnott-Armstrong: co-organized and spoke at a workshop on “Moral Issues in Artificial Intelligence”at the Oxford Martin School of Oxford University.

➣ Seth Baum organized several informal meetings on AI safety with attendees from (among other places) CSER, FHI, MIRI, Yale, and the United Nations at the International Joint Conference on Artificial Intelligence

➣ Vincent Conitzer: participated in the ethics workshop at AAAI, describing our work on this project in a session and also serving on a panel on research directions for keeping AI beneficial.

➣ Owen Cotton-Barratt: presented on new ideas at a one-day workshop on “Ethical AI” in Oxford on June 8, 2016. He has further developed informal models of likely crucial parameters to include in the models, and he now believes that the model should additionally include a division between scenarios where a single AI-enabled actor gains a decisive strategic advantage, and ones where this does not occur.

➣ Dietterich, T. G. (2016). AI in Science, Law Enforcement, and Sustainability. The Future of Artificial Intelligence. NYU, January 11, 2016.I also participated in a side meeting with Henry Kissinger on January 13 along with Max Tegmark and several other key people.