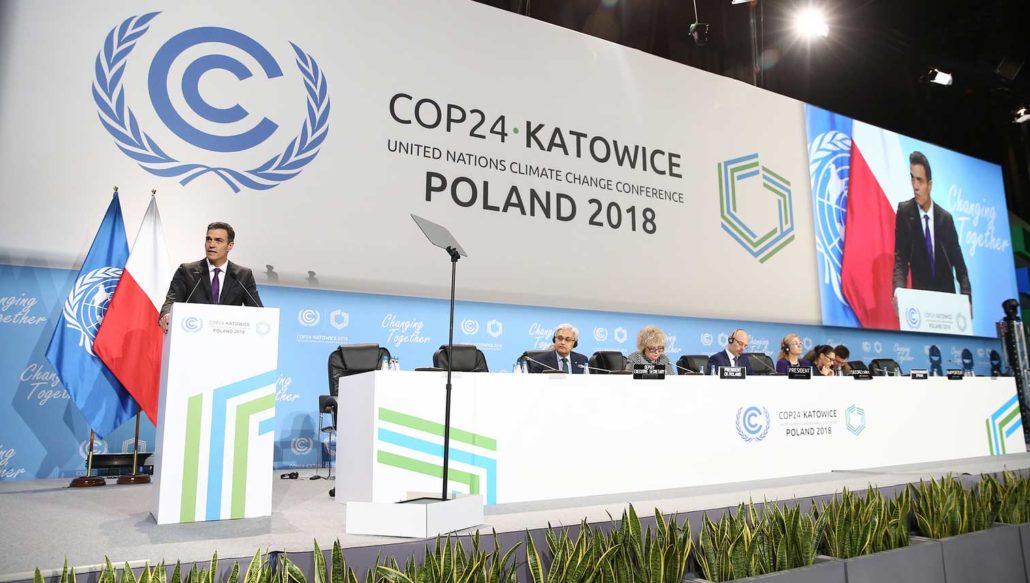 For the first two weeks in December, the parties to the United Nations Framework Convention on Climate Change (UNFCC) gathered in Katowice, Poland for the 24th annual Conference of the Parties (COP24).

The UNFCCC defines its ultimate goal as “preventing ‘dangerous’ human interference with the climate system,” and its objective for COP24 was to design an “implementation package” for the 2015 Paris Climate Agreement. This package, known as the Katowice Rules, is intended to bolster the Paris Agreement by intensifying the mitigation goals of each of its member countries and, in so doing, ensure the full implementation of the Paris Agreement.

The significance of this package is clearly articulated in the COP24 presidency’s vision — “there is no Paris Agreement without Katowice.”

And the tone of the event was, fittingly, one of urgency. Negotiations took place in the wake of the latest IPCC report, which made clear in its findings that the original terms of the Paris Agreement are insufficient. If we are to keep to the preferred warming target of 1.5°C this century, the report notes that we must strengthen the global response to climate change.

The need for increased action was reiterated throughout the event. During the first week of talks, the Global Carbon Project released new data showing a 2.7% increase in carbon emissions in 2018 and projecting further emissions growth in 2019. And the second week began with a statement from global investors who, “strongly urge all governments to implement the actions that are needed to achieve the goals of the Agreement, with the utmost urgency.” The investors warned that, without drastic changes, the economic fallout from climate change would likely be several times worse than the 2008 financial crisis.

Against this grim backdrop, negotiations crawled along.

Progress was impeded early on by a disagreement over the wording used in the Conference’s acknowledgment of the IPCC report. Four nations — the U.S., Russia, Saudi Arabia, and Kuwait — took issue with a draft that said the parties “welcome” the report, preferring to say they “took note” of it. A statement from the U.S. State Department explained: “The United States was willing to note the report and express appreciation to the scientists who developed it, but not to welcome it, as that would denote endorsement of the report.”

There was also tension between the U.S. and China surrounding the treatment of developed vs. developing countries. The U.S. wants one universal set of rules to govern emissions reporting, while China has advocated for looser standards for itself and other developing nations.

Initially scheduled to wrap on Friday, talks continued into the weekend, as a resolution was delayed in the final hours by Brazil’s opposition to a proposal that would change rules surrounding carbon trading markets. Unable to strike a compromise, negotiators ultimately tabled the proposal until next year, and a deal was finally struck on Saturday, following negotiations that carried on through the night.

The final text of the Katowice Rules welcomes the “timely completion” of the IPCC report and lays out universal requirements for updating and fulfilling national climate pledges. It holds developed and developing countries to the same reporting standard, but it offers flexibility for “those developing country parties that need it in the light of their capacities.” Developing countries will be left to self-determine whether or not they need flexibility.

The rules also require that countries report any climate financing, and developed countries are called on to increase their financial contributions to climate efforts in developing countries.

The photo for this article was originally posted here.

How to Create AI That Can Safely Navigate Our World — An Interview With...

AIAP: Inverse Reinforcement Learning and the State of AI Alignment with Rohin...
Scroll to top
Thanks for subscribing!
We are in the process of redesigning the Future of Life Institute website. Changes coming soon...
x
We promise not to spam you. You can unsubscribe at any time.
Invalid email address
Thanks for subscribing!