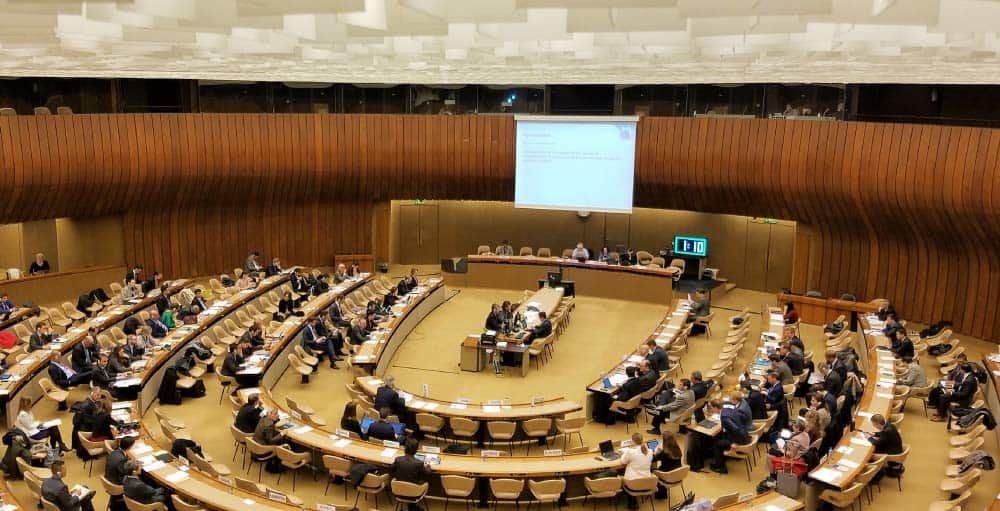 This press release was originally released by the Campaign to Stop Killer Robots and has been lightly edited.

Geneva, 26 November 2018 – Reflecting the fragile nature of multilateralism today, countries have agreed to continue their diplomatic talks on lethal autonomous weapons systems—killer robots—next year. But the discussions will continue with no clear objective and participating countries will have even less time dedicated to making decisions than they’ve had in the past. The outcome at the Convention on Conventional Weapons (CCW) annual meeting—which concluded at 11:55 PM on Friday, November 23—has again demonstrated the weakness of the forum’s decision-making process, which enables a single country or small group of countries to thwart more ambitious measures sought by a majority of countries.

Killer robots are weapons systems that would select and attack targets without meaningful human control over the process — that is, a weapon that could target and kill people without sufficient human oversight.

“We’re dismayed that [countries] could not agree on a more ambitious mandate aimed at negotiating a treaty to prevent the development of fully autonomous weapons,” said Mary Wareham of Human Rights Watch, coordinator of the Campaign to Stop Killer Robots. “This weak outcome underscores the urgent need for bold political leadership and for consideration of  another route to create a new treaty to ban these weapons systems, which would select and attack targets without meaningful human control.”

“The security of the world and future of humanity hinges on achieving a preemptive ban on killer robots,” Wareham added.

The Campaign to Stop Killer Robots urges all countries to heed the call of the UN Secretary-General and prohibit these weapons, which he has deemed “politically unacceptable and morally repugnant.”

Since the first CCW meeting on killer robots in 2014, most of the participating countries have concluded that current international humanitarian and human rights law will need to be strengthened to prevent the development, production, and use of fully autonomous weapons. This includes 28 countries seeking to prohibit fully autonomous weapons. This past week, El Salvador and Morocco added their names to the list of countries calling for a ban. Austria, Brazil, and Chile have formally proposed the urgent negotiation of “a legally-binding instrument to ensure meaningful human control over the critical functions” of weapons systems.

None of the 88 countries participating in the CCW meeting objected to continuing the formal discussions on lethal autonomous weapons systems. However, Russia, Israel, Australia, South Korea, and the United States have indicated they cannot support negotiation of a new treaty via the CCW or any other process. And Russia alone successfully lobbied to limit the amount of time that states will meet in 2019, reducing the talks from just 10 days to only 7 days.

Seven days is insufficient for the CCW to tackle this challenge, and for the Campaign to Stop Killer Robots, the fact the CCW talks on killer robots will proceed next year is no guarantee of a meaningful outcome.

“It seems ever more likely that concerned [countries] will consider other avenues to create a new international treaty to prohibit fully autonomous weapons,” said Wareham. “The Campaign to Stop Killer Robots stands ready to work to secure a new treaty through any means possible.”

The CCW is not the only group within the United Nations that can pass a legally-binding, international treaty. In the past, the CCW has been tasked with banning antipersonnel landmines, cluster munitions, and nuclear weapons, but in each case, because the CCW requires consensus among all participating countries, the group was never able to prohibit the weapons in question. Instead, fueled by mounting public pressure, concerned countries turned to other bodies within the UN to finally establish treaties that banned the each of these inhumane weapons. But even then, these diplomatic efforts only succeeded because of the genuine partnerships between like-minded countries, UN agencies, the International Committee of the Red Cross and dedicated coalitions of non-governmental organizations.

This past week’s CCW meeting approved Mr. Ljupco Jivan Gjorgjinski of the Former Yugoslav Republic of Macedonia to chair next year’s deliberations on LAWS, which will be divided into two meetings: March 25-29 and August 20-21. The CCW’s annual meeting, at which decisions will be made about future work on autonomous weapons, will be held on November 13-15.

“Over the coming year our dynamic campaigners around the world are intensifying their outreach at the national and regional levels,” said Wareham. “We encourage anyone concerned by the disturbing trend towards killer robots to express their strong desire for their government to endorse and work for a ban on fully autonomous weapons without delay. Only with the public’s support will the ban movement prevail.”

To learn more about how you can help, visit autonomousweapons.org.

Support FLI This Giving Tuesday
This website uses both functional and non-functional cookies. For the placement and reading of non-functional cookies, we require your prior consent. You can change the use of cookies later and adjust your preferences. I agreeI do not agreeRead more
Revoke Cookies
Thanks for subscribing!
Scroll to top