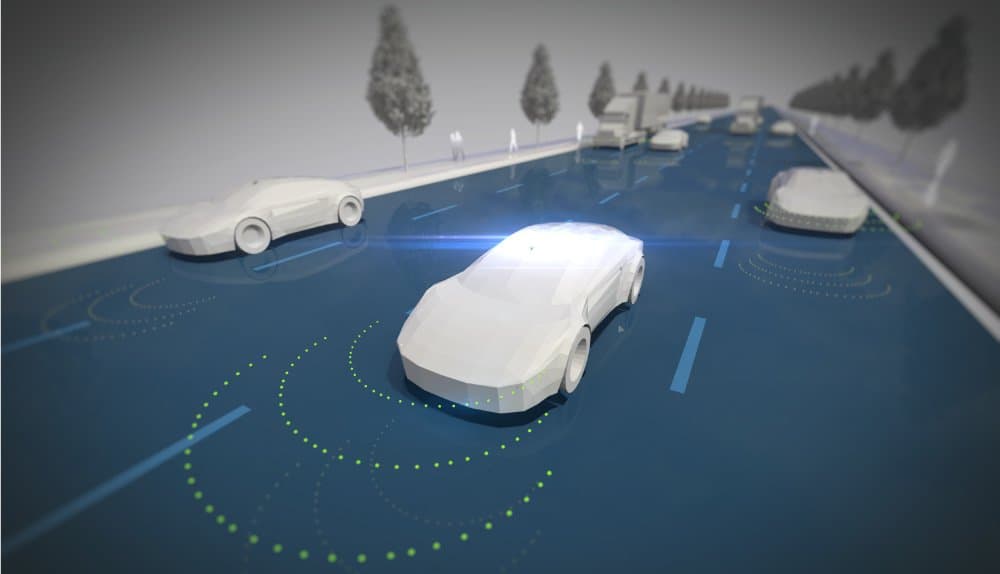 Our AI systems work remarkably well in closed worlds. That’s because these environments contain a set number of variables, making the worlds perfectly known and perfectly predictable. In these micro environments, machines only encounter objects that are familiar to them. As a result, they always know how they should act and respond. Unfortunately, these same systems quickly become confused when they are deployed in the real world, as many objects aren’t familiar to them. This is a bit of a problem because, when an AI system becomes confused, the results can be deadly.

Consider, for example, a self-driving car that encounters a novel object. Should it speed up, or should it slow down? Or consider an autonomous weapon system that sees an anomaly. Should it attack, or should it power down? Each of these examples involve life-and-death decisions, and they reveal why, if we are to deploy advanced AI systems in real world environments, we must be confident that they will behave correctly when they encounter unfamiliar objects.

Thomas G. Dietterich, Emeritus Professor of Computer Science at Oregon State University, explains that solving this identification problem begins with ensuring that our AI systems aren’t too confident — that they recognize when they encounter a foreign object and don’t misidentify it as something that they are acquainted with. To achieve this, Dietterich asserts that we must move away from (or, at least, greatly modify) the discriminative training methods that currently dominate AI research.

However, to do that, we must first address the “open category problem.”

When driving down the road, we can encounter a near infinite number of anomalies. Perhaps a violent storm will arise, and hail will start to fall. Perhaps our vision will become impeded by smoke or excessive fog. Although these encounters may be unexpected, the human brain is able to easily analyze new information and decide on the appropriate course of action — we will recognize a newspaper drifting across the road and, instead of abruptly slamming on the breaks, continue on our way.

Because of the way that they are programmed, our computer systems aren’t able to do the same.

“The way we use machine learning to create AI systems and software these days generally uses something called ‘discriminative training,’” Dietterich explains, “which implicitly assumes that the world consists of only, say, a thousand different kinds of objects.” This means that, if a machine encounters a novel object, it will assume that it must be one of the thousand things that it was trained on. As a result, such systems misclassify all foreign objects.

This is the “open category problem” that Dietterich and his team are attempting to solve. Specifically, they are trying to ensure that our machines don’t assume that they have encountered every possible object, but are, instead, able to reliably detect — and ultimately respond to — new categories of alien objects.

Dietterich notes that, from a practical standpoint, this means creating an anomaly detection algorithm that assigns an anomaly score to each object detected by the AI system. That score must be compared against a set threshold and, if the anomaly score exceeds the threshold, the system will need to raise an alarm. Dietterich states that, in response to this alarm, the AI system should take a pre-determined safety action. For example, a self-driving car that detects an anomaly might slow down and pull off to the side of the road.

Creating a Theoretical Guarantee of Safety

The second challenge is to set the alarm threshold so that the AI system is guaranteed to detect a desired fraction of the alien objects, such as 99%. Dietterich says that formulating a reliable setting for this threshold is one of the most challenging research problems because there are, potentially, infinite kinds of alien objects. “The problem is that we can’t have labeled training data for all of the aliens. If we had such data, we would simply train the discriminative classifier on that labeled data,” Dietterich says.

To circumvent this labeling issue, the team assumes that the discriminative classifier has access to a representative sample of “query objects” that reflect the larger statistical population. Such a sample could, for example, be obtained by collecting data from cars driving on highways around the world. This sample will include some fraction of unknown objects, and the remaining objects belong to known object categories.

Notably, the data in the sample is not labeled. Instead, the AI system is given an estimate of the fraction of aliens in the sample. And by combining the information in the sample with the labeled training data that was employed to train the discriminative classifier, the team’s new algorithm can choose a good alarm threshold. If the estimated fraction of aliens is known to be an over-estimate of the true fraction, then the chosen threshold is guaranteed to detect the target percentage of aliens (i.e. 99%).

Ultimately, the above is the first method that can give a theoretical guarantee of safety for detecting alien objects, and a paper reporting the results was presented at ICML 2018. “We are able to guarantee, with high probability, that we can find 99% all of these new objects,” Dietterich says.

In the next stage of their research, Dietterich and his team plan to begin testing their algorithm in a more complex setting. Thus far, they’ve been looking primarily at classification, where the system looks at an image and classifies it. Next, they plan to move to controlling an agent, like a robot of self-driving car. “At each point in time, in order to decide what action to choose, our system will do a ‘look ahead search’ based on a learned model of the behavior of the agent and its environment. If the look ahead arrives at a state that is rated as ‘alien’ by our method, then this indicates that the agent is about to enter a part of the state space where it is not competent to choose correct actions,” Dietterich says. In response, as previously mentioned, the agent should execute a series of safety actions and request human assistance.

But what does this safety action actually consist of?

Dietterich notes that, once something is identified as an anomaly and the alarm is sounded, the nature of this fall back system will depend on the machine in question, like whether the AI system is in a self-driving car or autonomous weapon.

To explain how these secondary systems operate, Dietterich turns to self-driving cars. “In the Google car, if the computers lose power, then there’s a backup system that automatically slows the car down and pulls it over to the side of the road.” However, Dietterich clarifies that stopping isn’t always the best course of action. One may assume that a car should come to a halt if an unidentified object crosses its path; however, if the unidentified object happens to be a blanket of snow on a particularly icy day, hitting the breaks gets more complicated. The system would need to factor in the icy roads, any cars that may be driving behind, and whether these cars can break in time to avoid a rear end collision.

But if we can’t predict every eventuality, how can we expect to program an AI system so that it behaves correctly and in a way that is safe?

Unfortunately, there’s no easy answer; however, Dietterich clarifies that there are some general best practices; “There’s no universal solution to the safety problem, but obviously there are some actions that are safer than others. Generally speaking, removing energy from the system is a good idea,” he says. Ultimately, Dietterich asserts that all the work related to programming safe AI really boils down to determining how we want our machines to behave under specific scenarios, and he argues that we need to rearticulate how we characterize this problem, and focus on accounting for all the factors, if we are to develop a sound approach.

Dietterich notes that “when we look at these problems, they tend to get lumped under a classification of ‘ethical decision making,’ but what they really are is problems that are incredibly complex. They depend tremendously on the context in which they are operating, the human beings, the other innovations, the other automated systems, and so on. The challenge is correctly describing how we want the system to behave and then ensuring that our implementations actually comply with those requirements.” And he concludes, “the big risk in the future of AI is the same as the big risk in any software system, which is that we build the wrong system, and so it does the wrong thing. Arthur C Clark in 2001: A Space Odyssey had it exactly right. The Hal 9000 didn’t ‘go rogue;’ it was just doing what it had been programmed to do.”

AIAP: Moral Uncertainty and the Path to AI Alignment with William MacAskill
Scroll to top
Thanks for subscribing!
We are in the process of redesigning the Future of Life Institute website. Changes coming soon...
x
We promise not to spam you. You can unsubscribe at any time.
Invalid email address
Thanks for subscribing!