Invest in a Positive Future

There are nearly 15,000 nuclear weapons on Earth.

Only nine countries in the world have nuclear weapons, yet all are modernizing their nuclear forces and some are increasing their rhetoric around possible use of nuclear weapons. A Pentagon report argued that just a few hundred nuclear weapons provide iron-clad deterrence, yet the superpowers have about 7,000 each. To make things worse, enough weapons to end civilization as we know it are kept on hairtrigger alert, allowing launch within a few minutes. Once airborne, they cannot be recalled even if their launch turns out to be unauthorized or due to a false alarm – which has almost happened on many occasions. The nine nuclear-armed countries (Russia, the United States, France, the United Kingdom, China, India, Pakistan, Israel and North Korea) spend an estimated $100 billion on their nuclear forces every year, assembling new warheads, upgrading old ones, and building missiles, launchers, and the supporting technology to use them.

Investments are not neutral.

At least 27 private companies are involved in nuclear weapons production – making up about 2% of the S&P 500.1 Financing and investing in these companies are active choices, based on a clear assessment of an institution and its plans. Any financial support delivered by an investor to a company demonstrates tacit approval of what that company does, including producing nuclear weapons. In choosing how to
invest, investors can have a significant impact on a company’s strategic decisions. Choosing to exclude financial institutions that invest in nuclear weapons producing companies from your portfolios sends a clear message that you view such activities as unacceptable.

Public exclusions by investors, including governments and financial institutions, have a stigmatizing effect on companies associated with illegitimate activities. There are numerous examples, from child labor to tobacco, climate change, and South African apartheid, for which divestment had a profound impact. Divestment generates stigma by drawing attention to inhumane practices and mobilizing the public
against the offending companies, pressuring them to change their behavior. And while it is unlikely that divestment by a single financial institution or government would sufficiently pressure a company to end its involvement in the production of nuclear weapons, divestment by even a few institutions or States can. 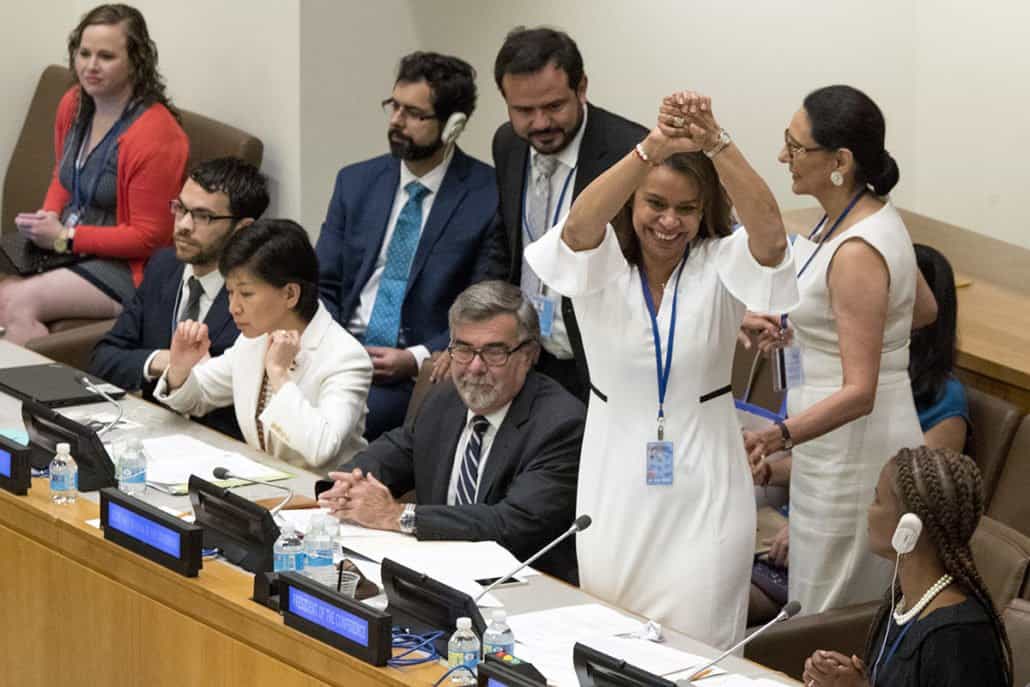 The Treaty on the Prohibition of Nuclear Weapons was adopted in the United Nations in July 2017. This new treaty comprehensively prohibits the making, having and using of nuclear weapons. It will significantly change the context of the nuclear weapon debate, and add to the stigma surrounding nuclear weapons. In addition, Article 1 of the treaty prohibits states parties from assisting with other acts prohibited under the treaty. Financing is a form of assistance contributing to the production of nuclear weapons. Many banks, pension funds, and insurance companies don’t want to be associated with illegal weapons. U.S. cities opposing a new nuclear arms race should also use this new treaty as a good reason to examine their financial relationships with companies that are associated with nuclear weapons and by putting policies in place to prohibit such connections. 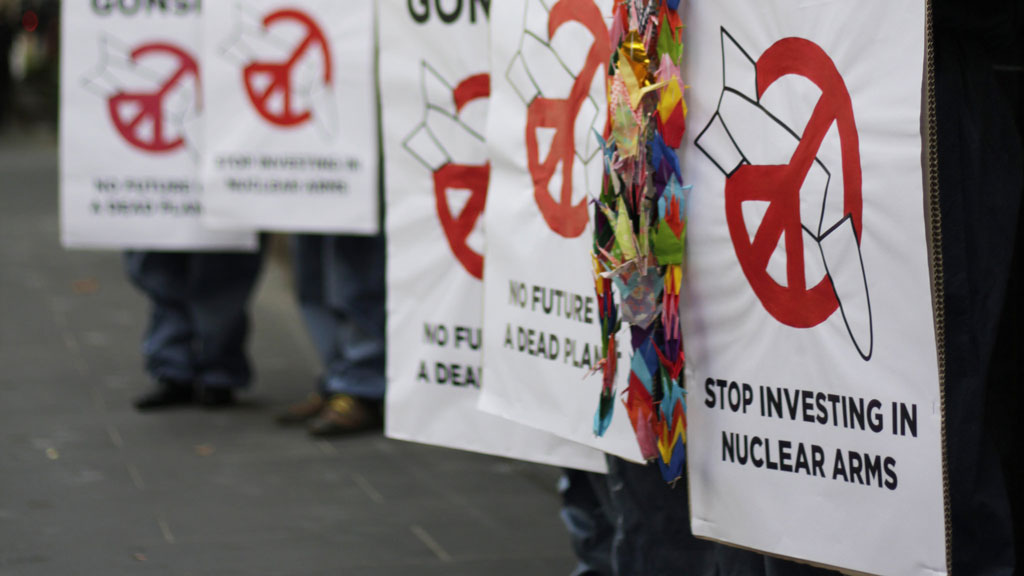 1) “We are too small to use SRI strategies.”

2) “We don’t have the resources to implement SRI.”

Investing with values doesn’t require much staff effort, but it does require an internal champion to make it happen. Developing SRI criteria for your Investment Policy Statement will take some time but the introspective and strategic conversations that result will be worth it. Experienced consultants will be able to help here enormously so that you don’t have to “reinvent the wheel.”

And you don’t need to do everything at once. For example, you can start by applying your values to cash management—making deposits in community finance development institutions (CDFIs) does not require specialized skills. As you gain experience and confidence, you can expand your remit.

This unfortunately widely-held myth has—fortunately—no basis in fact. There have been reams and reams of academic studies as well as meta-analyses that show SRI does not negatively impact performance. Furthermore, nuclear weapons producing companies only make up about 2% of the S&P 500 and are thus likely to represent only a negligible fraction of your holdings. Visit www.ussif.org/performance to view the latest performance studies.

4) “There aren’t enough good SRI products out there.”

This may have been the case 10 or 20 years ago, but it is certainly no longer true. There is a large and expanding range of investment vehicles designed specifically to achieve both a social and financial return across all asset classes. It is time for your consultant or advisor to do some more research. It will take time and effort on their part, but this what you pay them for

A Pentagon report suggested that about 300 nuclear weapons would give the U.S. an iron-clad deterrent, but the U.S. currently has about 7,000, so our nuclear arsenals could be dramatically slashed while retaining nuclear deterrence. Moreover, the U.S. is planning to invest a trillion dollars in replacing most of its nuclear weapons by new ones that are more useful for a first strike; this is what divestment would primarily target. Reducing nuclear arsenals has support from security experts across the political spectrum, including former U.S. Secretary of Defense William Perry who used to oversee our nuclear forces.

For help, support, or any questions, please reach out to Lucas@futureoflife.org.

Podcast: Choosing a Career to Tackle the World’s Biggest Problems with...