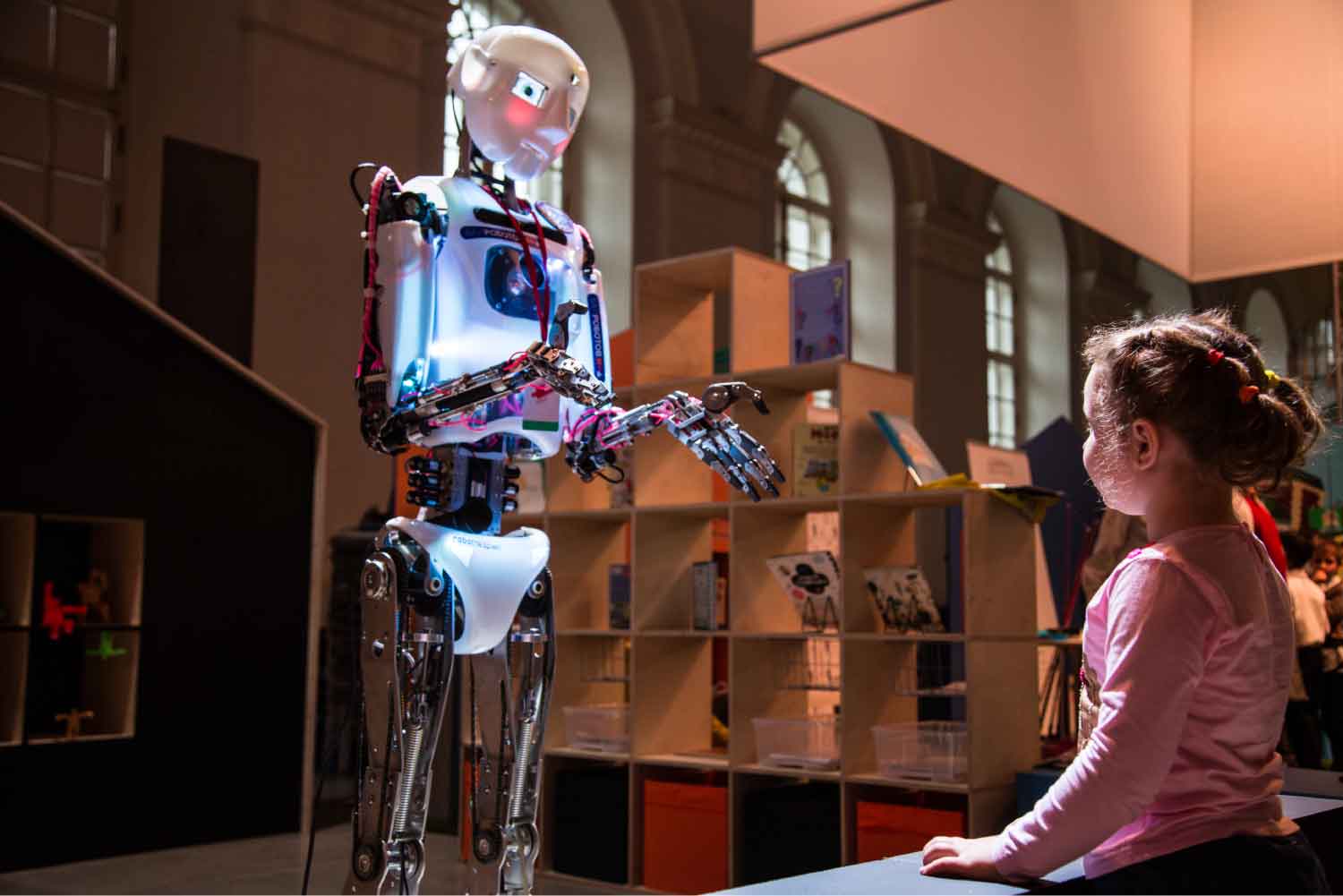 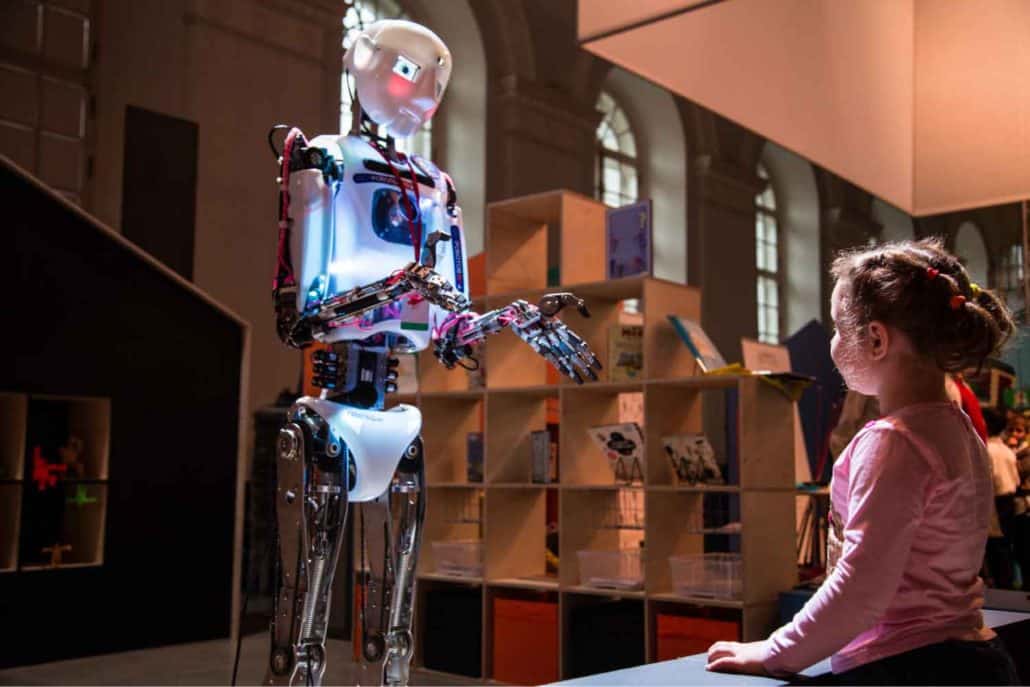 "Adequately preparing for the future means actively creating it: the future is not the inevitable or something we are pulled into."

What Should Students Learn for the 21st Century?

At the heart of ensuring the best possible future lies education. Experts may argue over what exactly the future will bring, but most agree that the job market, the economy, and society as a whole are about to see major changes.

Automation and artificial intelligence are on the rise, interactions are increasingly global, and technology is rapidly changing the landscape. Many worry that the education system is increasingly outdated and unable to prepare students for the world they’ll graduate into – for life and employability.

Will students have the skills and character necessary to compete for new jobs? Will they easily adapt to new technologies?

Charles Fadel, founder of the Center for Curriculum Redesign, considers six factors – three human and three technological – that will require a diverse set of individual abilities and competencies, plus an increased collaboration among cultures. In the following article, Fadel explains these factors and why today’s curriculum may not be sufficient to prepare students for the future.

The average human lifespan is lengthening and will produce collective changes in societal dynamics, including better institutional memory and more intergenerational interactions.  It will also bring about increased resistance to change. This may also lead to economic implications, such as multiple careers over one’s lifespan and conflicts over resource allocation between younger and older generations. Such a context will require intergenerational sensitivity and a collective systems mindset in which each person balances his or her personal and societal needs.

The rapid increase in the world’s interconnectedness has had many compounding effects, including exponential increase in the velocity of the dissemination of information and ideas, with more complex interactions on a global basis. Information processing has already had profound effects on how we work and think. It also brings with it increased concerns and issues about data ownership, trust, and the overall attention to and reorganization of present societal structures. Thriving in this context will require tolerance of a diversity of cultures, practices, and world views, as well as the ability to leverage this connectedness.

Along with our many unprecedented technological advances, human society is using up our environment at an unprecedented rate, consuming more of it and throwing more of it away. So far, our technologies have wrung from nature an extraordinary bounty of food, oil, and materials. Scientists calculate that humans use approximately “40 percent of potential terrestrial production” for themselves (Global Change, 2008). What’s more, we have been mining the remains of plants and animals from hundreds of millions of years ago in the form of fossil fuels in the relatively short period of a few centuries. Without technology, we would have no chance of supporting a population of one billion people, much less seven billion and climbing.

Changing dynamics and demographics will, by necessity, require greater cooperation and sensitivity among nations and cultures. Such needs suggest a reframing of notions of happiness beyond a country’s gross domestic product (a key factor used in analyses of cultural or national quality of life) (Revkin, 2005) and an expansion of business models to include collaboration with a shared spirit of humanity for collective well-being. It also demands that organizations possess an ability to pursue science with an ethical approach to societal solutions

Three technology factors will also condition our future: (1) the rise of smart machines and systems, (2) the explosive growth of data and new media, and (3) the possibility of amplified humans.

The Rise of Smart Machines and Systems

While the creation of new technologies always leads to changes in a society, the increasing development and diffusion of smart machines—that is, technologies that can perform tasks once considered only executable by humans—has led to increased automation and ‘offshorability’ of jobs and production of goods. In turn, this shift creates dramatic changes in the workforce and in overall economic instability, with uneven employment. At the same time, it pushes us toward overdependence on technology—potentially decreasing individual resourcefulness. These shifts have placed an emphasis on non-automatable skills (such as synthesis and creativity), along with a move toward a do-it-yourself maker economy and a proactive human-technology balance (that is, one that permits us to choose what, when, and how to rely on technology).

The Explosive Growth of Data and New Media

The influx of digital technologies and new media has allowed for a generation of “big data” and brings with it tremendous advantages and concerns. Massive data sets generated by millions of individuals afford us the ability to leverage those data for the creation of simulations and models, allowing for deeper understanding of human behavioral patterns, and ultimately for evidence-based decision making.

At the same time, however, such big data production and practices open the door to privacy issues, concerns, and abuses. Harnessing these advantages, while mitigating the concerns and potential negative outcomes, will require better collective awareness of data, with skeptical inquiry and a watchfulness for potential commercial or governmental abuses of data.

The Possibility of Amplified Humans

Advances in prosthetic, genetic, and pharmacological supports are redefining human capabilities while blurring the lines between disability and enhancement. These changes have the potential to create “amplified humans.” At the same time, increasing innovation in virtual reality may lead to confusion regarding real versus virtual and what can be trusted. Such a merging shift of natural and technological requires us to reconceptualize what it means to be human with technological augmentations and refocus on the real world, not just the digital world.

Curricula worldwide have often been tweaked, but they have never been completely redesigned for the comprehensive education of knowledge, skills, character, and meta-learning. 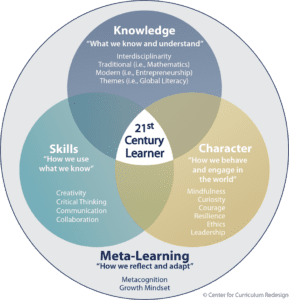 In a rapidly changing world, it is easy to get focused on current requirements, needs, and demands. Yet, adequately preparing for the future means actively creating it: the future is not the inevitable or something we are pulled into. There is a feedback loop between what the future could be and what we want it to be, and we have to deliberately choose to construct the reality we wish to experience. We may see global trends and their effects creating the ever-present future on the horizon, but it is up to us to choose to actively engage in co-constructing that future.

For more analysis of the question and implications for education, please see: http://curriculumredesign.org/our-work/four-dimensional-21st-century-education-learning-competencies-future-2030/