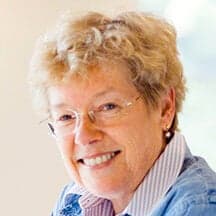 Dr. Sandra Faber is Professor Emerita of Astronomy and Astrophysics at the University of California, Santa Cruz, where she was the first woman to join the Lick Observatory. She received the National Medal of Science from President Obama, and she is the namesake for a minor planet. She co-authored the first comprehensive review of the evidence for the existence of dark matter — widely considered a turning point in the field — and she was also a co-author (along with FLI Advisory Board Member Martin Rees) of a paper that laid out a theory explaining dark matter’s role in galaxy structure and behavior. Prof. Faber is the co-discoverer of the Faber-Jackson relation, a law linking galaxy brightness to the speed of the stars within them. She was instrumental in the development of both the Keck and Hubble telescopes. In recent years Prof. Faber has turned her attention to the long-term future of humanity and life on Earth.