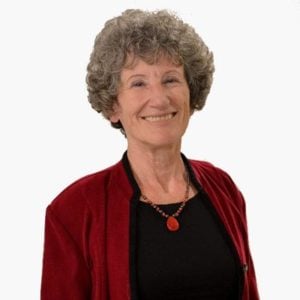 How did you get started in this field? I was in a Master’s program in Mass Media back in 1981 but my thesis committee refused to accept my topic, “The future of the computer as a mass medium.” At the time fewer than 0.1% of homes had PCs. So I quit the program and looked for a job. I found a startup making educational PC games. It went bellyup, but they made me president of the sister company, which studied the market for educational PC software. I quadrupled sales and sold that company, did a transition year in NYC at the new parent, then moved here to NH and began more companies. My husband and I designed computer games and ed software for a few years while we had our first child.

Then I began the first ecommerce market research firm with my former partner. My last company generated from a partnership with a fellow who was building robots, but had no sales/marketing arm. My husband and I partnered with him and then took over the research robots side of his company when he split and became the majority partner in iRobot. As for politics, that came after we sold MobileRobots Inc. I went down to Harvard and finally finished my Masters, only this time in tech policy. I came back and worked on economic development in the Peterborough, NH region. After initiating systems there, it became obvious that work needed doing at the state level, so I ran for Senator as an unknown in 2016; I won the second time, in 2018.

What do you like about your work? Running the robotics company was a blast. I got to travel the world and watch brilliant PhDs teach our robots to play soccer. The satisfaction on the political side comes from achieving goals, seeing how to set up systems that will grow and improve.

What do you not like about your work? On the entrepreneurial side, meeting payroll every two weeks is always a bear, especially when you’re trying to pay people well. In politics, the partisanship and pressure to go along with party positions, even when you disagree, I find repugnant.

Do you have any advice for women who want to enter this field? Entrepreneurs: make sure that your company is competitive, that you have innovative processes and/or products. And I will paraphrase Michael Bloomberg: “Hire honest people who are smarter than yourself.”

What makes you hopeful for the future? Grassroots collaborations by intelligent, dedicated people who are determined to build a better future for the next generation.