Robin Hanson on The Age of Em 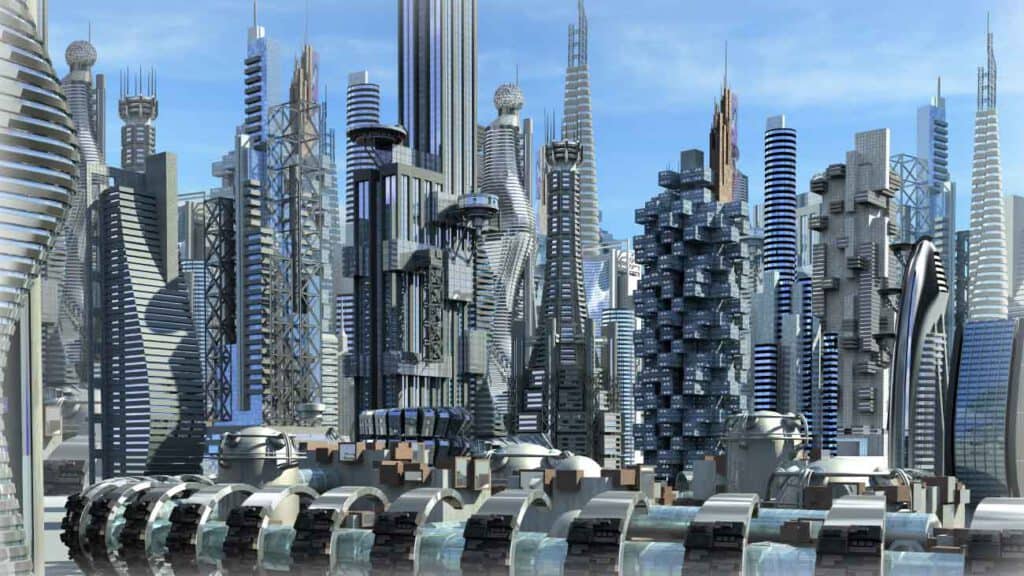 Interview with Robin Hanson
A few weeks ago, I had the good fortune to interview Robin Hanson about his new book, The Age of Em. We discussed his book, the future and evolution of humanity, and the research he's doing for his next book. You can listen to all of that here. And read on for my review of Hanson's book...

As I’ve interviewed more and more people who focus on and worry about the future, an interesting theme keeps popping up: choice. Over and over, scholars and researchers desperately try to remind us that we have a say in our future. The choices we make will impact whether or not our future goes the way we want it to.

But choosing a path for our future isn’t like picking a breakfast cereal. Our options aren’t all in front of us, with detailed information on the side telling us how we may or may not benefit from each choice. Few of us can predict how our decisions will shape our own lives, let alone the future of humanity. That’s where Robin Hanson comes in.

Hanson, a professor of economics at George Mason University, advocates that the activities that will shape our future can be much better informed by what is likely to happen than most of us realize.  He recently wrote the book, The Age of Em: Work, Love and Life when Robots Rule the Earth, which describes one possible path that may lay before us based on current economic and technologic trends.

What Is the Age of Em?

Em is short for emulation — in this case, a brain emulation. In this version of the future, people will choose to have their brains scanned, uploaded and possibly copied, creating a new race of robots and other types of machine intelligence. Because they’re human emulations, Hanson expects ems will think and feel just as we would. However, without biological needs or aging processes, they’ll be much cheaper to run and maintain. And because they can do anything we can - just at a much lower cost - it will be more practical to switch from human to em. Humans who resist this switch or who are too old to be useful as ems will end up on the sidelines of society. When (if) ems take over the world, it will be because humans chose to make the transition.

Interestingly, the timeline for how long ems will rule the world will depend on human versus em perspective. Because ems are essentially machines, they can run at different speeds. Hanson anticipates that over the course of two regular “human” years, most ems will have experienced a thousand years - along with all of the societal changes that come with a thousand years of development. Hanson’s book tells the story of their world: their subsistence lifestyles made glamorous by virtual reality; the em clans comprised of the best and the brightest human minds; and literally, how the ems will work, love, and live.

It’s a very detailed work, and it’s easy to get caught up in the details of which aspects of em life are likely, which details seem unrealistic, and even if ems are more likely than artificial intelligence to take over the world next. And there have been excellent discussions and reviews of the details of the book, like this one at Slate Star Codex. But I’m writing this review almost as much in response to commentary I’ve read about the book as I am about the book itself because there’s another question that’s important to ask as well: Is this the future that we want?

What do we want?

It’s easy to look at this new world with fear. We’re so focused on production and the bottom line that, in the future, we’ve literally pushed humanity to the sidelines and possibly to extinction. Valuing productivity is fine, but do we really want to take it to this level? Can we stop this from happening, and if so, how?

Do we even want to stop it from happening? Early on Hanson encourages us to remember that people in the past would have been equally horrified by our own current lifestyle. He argues that this future may be different from what we’re used to, but it’s reasonable to expect that humans will prefer transitioning to an em lifestyle in the future. And from that perspective, we can look on this new world with hope.

As I read The Age of Em, I was often reminded of A Brave New World by Aldous Huxley. Huxley described his book as a “negative utopia,” but much of what he wrote has become commonplace and trivial today — mass consumerism, drugs to make us happy, a freer attitude about sex, a preference for mindless entertainment to deep thought. Though many of us may not necessarily consider these attributes of modern society to be a utopia, most people today would choose our current lifestyle over that of the 1930s, and we typically consider our lives better now than at any point in history. Even among people today, we see sharp divides between older generations who are horrified by how much privacy is lost thanks to the Internet and younger generations who see the benefits of increased information and connectivity outweighing any potential risks. Most likely, a similar attitude shift will take place as (if) we move toward a world of ems.

Yet while it’s reasonable to accept that in the future we would likely consider ems to be a positive step for humanity, the questions still remain: Is this what we want, or are we just following along on a path, unable to stop or change directions? Can we really choose our future?

In the book, Hanson says, “If we first look carefully at what is likely to happen if we do nothing, such a no-action baseline can help us to analyze what we might do to change those outcomes. This book, however, only offers the nearest beginnings of such policy analysis.” Hanson looks at where we’ve been, he looks at where we are now, and then he draws lines out into the future to figure out the direction we’ll go. And he does this for every aspect of life. In fact, given that this book is about the future, it also provides considerable insight into who we are now. But it represents only one possible vision for the future.

There are many more people who study history than the future, primarily because we already have information and writings and artifacts about historic events. But though we can’t change the past, we can impact the future. As the famous quote (or paraphrase) by George Santayana goes, “Those who fail to learn history are doomed to repeat it.” So perhaps learning history is only half the story. Perhaps it’s time to reevaluate the prevailing notion that the future is something that can’t be studied.

Only as we work through different possible scenarios for our future, can we better understand how decisions today will impact humanity later on. And with that new information, maybe we can start to make choices that will guide us toward a future we’re all excited about.

Love it or hate it, agree with it or not, Hanson’s book and his approach to thinking about the future are extremely important for anyone who wants to have a say in the future of humanity. It’s easy to argue over whether or not ems represent the most likely future. It’s just as easy to get lost in the minutia of the em world and debate whether x, y, or z will happen. And these discussions are necessary if we’re to understand what could happen in the future. But to do only that is to miss an important point: something will happen, and we have to decide if we want a role in creating the future or if we want to stand idly by.

I highly recommend The Age of Em, I look forward to Hanson’s next book, and I hope others will answer his call to action and begin studying the future.