On Saturday April 7th and Sunday morning April 8th, MIT and Massachusetts Peace Action will co-host a conference and workshop at MIT on understanding and reducing the risk of nuclear war. Tickets are free for students. To attend, please register here. 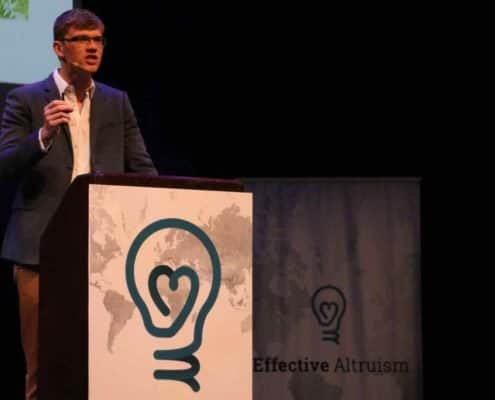 Will MacAskill introduced the conference and spoke of the success the EA movement has had in the last year. 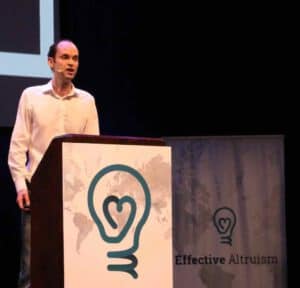 Toby Ord spoke about the history of effective altruism.

Jaan Tallin speaking remotely about his work with EA efforts. 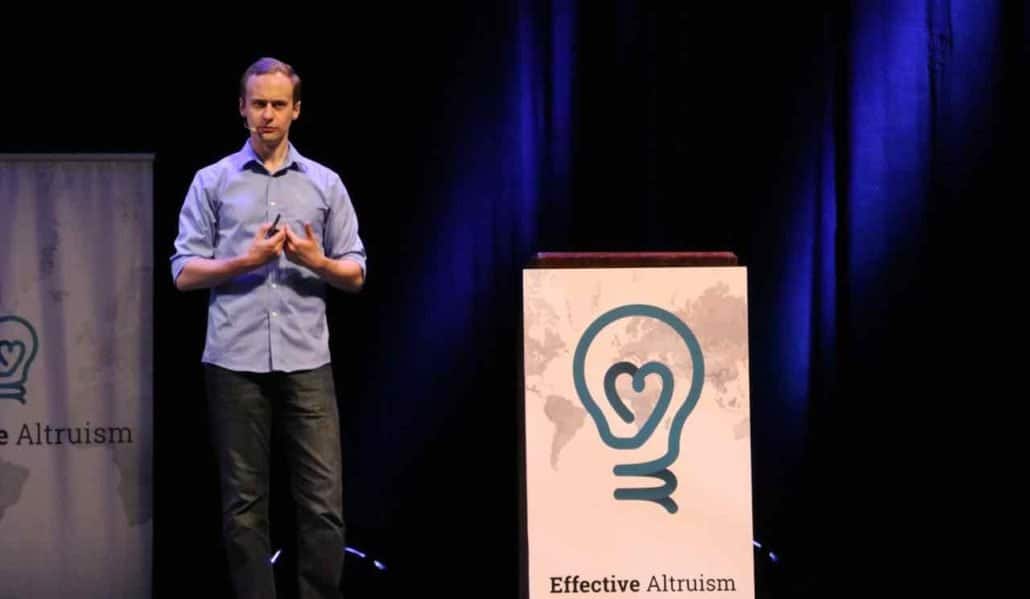 Kevin Esvelt talks about his work with CRISPR and gene drives.

That same afternoon, Cari Tuna, President of the Open Philanthropy Project, sat down with Will McAskill for an interview titled, “Doing Philosophy Better,” which focused on her work with OPP and Effective Altruism and how she envisions her future as a philanthropist. She highlighted some of the grants she’s most excited about, which include grants to Give Directly, Center for Global Development, and Alliance for Safety and Justice. When asked about how she thought EA could improve, she emphasized, “We consider ourselves a part of the Effective Altruism community, and we’re excited to help it grow.” But she also said, “I think there is a tendency toward overconfidence in the EA community that sometimes undermines our credibility.” She mentioned that one of the reasons she trusted GiveWell was because of their self reflection. “They’re always asking, ‘how could we be wrong?'” she explained, and then added, “I would really love to see self reflection become more of a core value of the effective altruism community.” 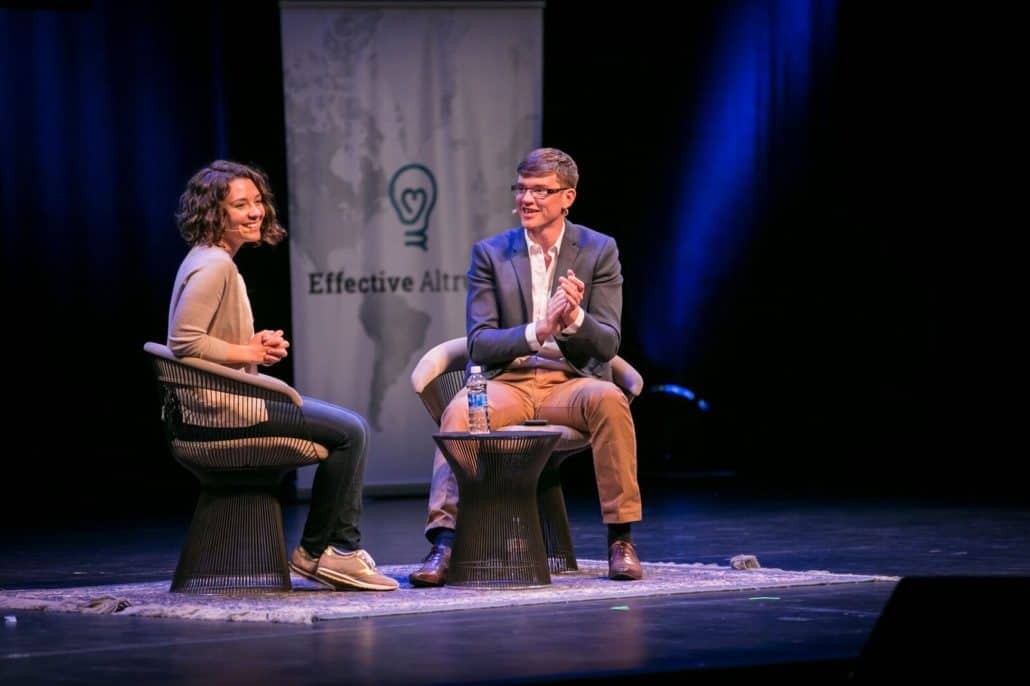 Cari Tuna interviewed by Will McAskill (photo from the Center for Effective Altruism).

Tara MacAulay, COO at the Centre for Effective Altruism, spoke during the discussion on “The Past, Present, and Future of EA.” She talked about finding the common values in the movement and coordinating across skill sets rather than splintering into cause areas or picking apart who is and who is not in the movement. She said, “The opposite of effective altruism isn’t ineffective altruism. The opposite of effective altruism is apathy, looking at the world and not caring, not doing anything about it . . . It’s helplessness. . . . throwing up our hands and saying this is all too hard.”

MacAulay also moderated a panel discussion called, Aggregating Knowledge, which was significant, not only for its thoughtful content about accessing, understanding, and communicating all of the knowledge available today, but also because it was an all-woman panel. The panel included Sarah Constantin, Amanda Askell, Julia Galef, and Heidi McAnnaly, who discussed various questions and problems the EA community faces when trying to assess which actions will be most effective. MacAulay summarized the discussion at the end when she said, “Figuring out what to do is really difficult but we do have a lot of tools available.” She concluded with a challenge to the audience to spend five minutes researching some belief they’ve always had about the world to learn what the evidence actually says about it. 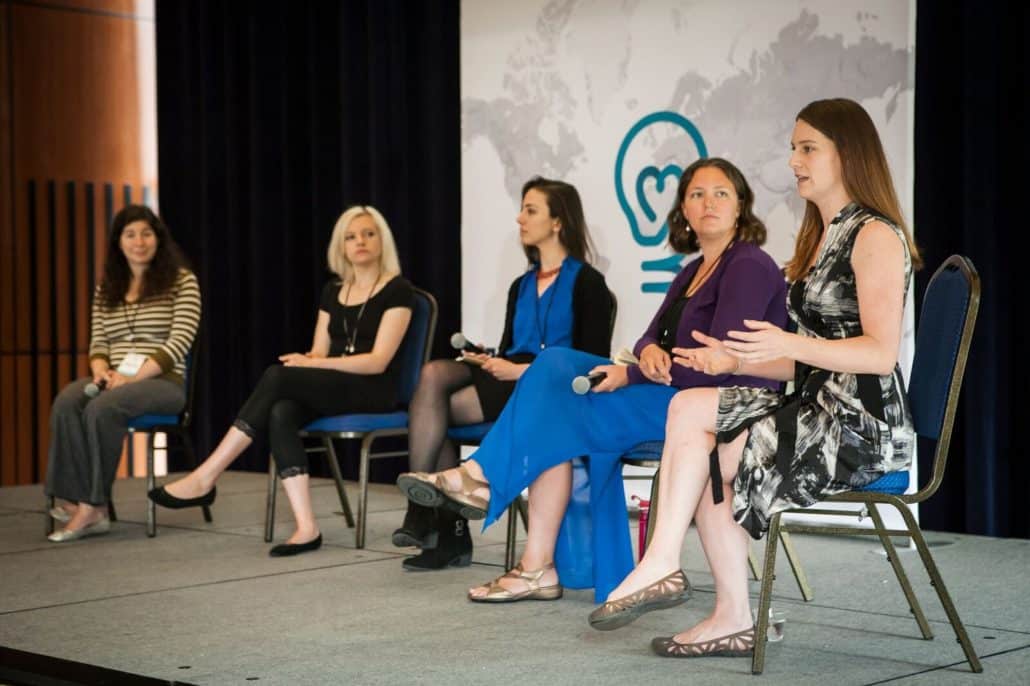 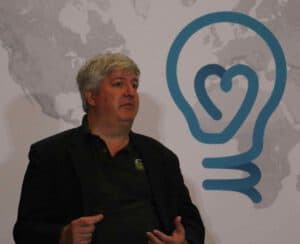 Tom Kalil speaks about the history of government research and its impact on technology. 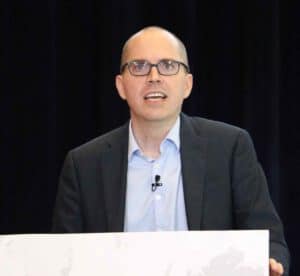 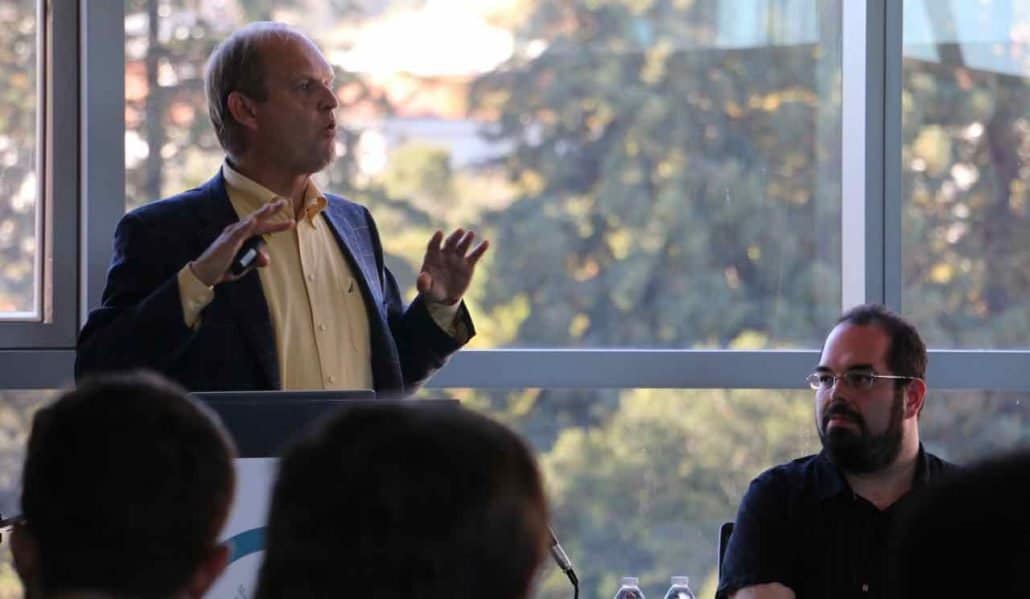 Robin Hanson talks to a group about how brain emulations might take over the economy and what their world will look like.

In the end, I walked away from the conference realizing I had been missing out on something so important for most of my life. I found myself wishing that effective altruism, and organizations like 80,000 Hours, had been a part of my fundamental education. I think it would have helped immensely with providing direction and meaning to my life. I’m sure it will do the same for others.”

View from the conference.