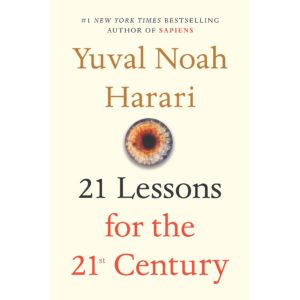 21 Lessons for the 21st Century

One of Bill Gates’ 5 favorite books of 2018, 21 Lessons for the 21st Century explores some of the most pressing issues of our time — from automation and climate change to terrorism, fake news, and the decline of liberal democracy. In 21 concise chapters, Harari explores the profound and often dizzying change sweeping all areas of 21st century life — technological, political, social, existential. His aim, in his own words, is to “level the global playing field” by offering accessible assessments of these fundamental human concerns.

Thanks for subscribing! Please check your email for further instructions.
Ariel Conn