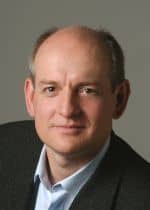 Professor of Computer Science and Smith-Zadeh Professor in Engineering

Developing AI systems that are benevolent towards humanity requires making sure that those systems know what humans want. People routinely make inferences about the preferences of others and use those inferences as the basis for helping one another. This project aims to provide AI systems a similar ability to learn from observations, in order to better align the values of those systems with those of humans. Doing so requires dealing with some significant challenges: If we ultimately develop AI systems that can reason better than humans, how do we make sure that those AI systems are able to take human limitations into account? The fact that we haven’t yet cured cancer shouldn’t be taken as evidence that we don’t really care about it. Furthermore, once we have made an AI system that can reason about human preferences, that system then has to trade off time spent in deliberating about the right course of action with the need to act as quickly as possible – it needs to deal with its own computational limitations as it makes decisions. We aims to address both these challenges by examining how intelligent agents (be they humans or computers) should make these tradeoffs.

AI research has focused on improving the decision-making capabilities of computers, i.e., the ability to select high-quality actions in pursuit of a given objective. When the objective is aligned with the values of the human race, this can lead to tremendous benefits. When the objective is misaligned, improving the AI system’s decision-making may lead to worse outcomes for the human race. The objectives of the proposed research  are (1) to create a mathematical framework in which fundamental questions of value  alignment can be investigated; (2) to develop and experiment with methods for aligning  the values of a machine (whether explicitly or implicitly represented) with those of  humans; (3) to understand the relationships among the degree of value alignment, the  decision-making capability of the machine, and the potential loss to the human; and (4) to  understand in particular the implications of  the computational limitations of humans  and  machines  for value alignment . The core of our technical approach will be a cooperative,  game-theoretic extension  of  inverse reinforcement learning, allowing for the different  action  spaces of humans and machines and the varying motivations of humans; the  concepts of  rational metareasoning  and  bounded optimality  will inform our investigation  of the effects of computational limitations.

Value alignment. It’s a phrase that often pops up in discussions about the safety and ethics of artificial intelligence. How can scientists create AI with goals and values that align with those of the people it interacts with?

Very simple robots with very constrained tasks do not need goals or values at all. Although the Roomba’s designers know you want a clean floor, Roomba doesn’t: it simply executes a procedure that the Roomba’s designers predict will work—most of the time. If your kitten leaves a messy pile on the carpet, Roomba will dutifully smear it all over the living room. If we keep programming smarter and smarter robots, then by the late 2020s, you may be able to ask your wonderful domestic robot to cook a tasty, high-protein dinner. But if you forgot to buy any meat, you may come home to a hot meal but find the aforementioned cat has mysteriously vanished. The robot, designed for chores, doesn’t understand that the sentimental value of the cat exceeds its nutritional value.

Stuart Russell, a renowned AI researcher, compares the challenge of defining a robot’s objective to the King Midas myth. “The robot,” says Russell, “has some objective and pursues it brilliantly to the destruction of mankind. And it’s because it’s the wrong objective. It’s the old King Midas problem.”

This is one of the big problems in AI safety that Russell is trying to solve. “We’ve got to get the right objective,” he explains, “and since we don’t seem to know how to program it, the right answer seems to be that the robot should learn – from interacting with and watching humans – what it is humans care about.”

Russell works from the assumption that the robot will solve whatever formal problem we define. Rather than assuming that the robot should optimize a given objective, Russell defines the problem as a two-player game (“game” as used by economists, meaning a decision problem with multiple agents) called cooperative inverse reinforcement learning (CIRL).

A CIRL game includes a person and a robot: the robot’s only purpose is to make the person happy, but it doesn’t know what the person wants. Fortunately, it can learn more about what the person wants by observing her behavior. For example, if a robot observed the human’s morning routine, it should discover how important coffee is—not to itself, of course (we don’t want robots drinking coffee), but to the human. Then, it will make coffee for the person without being asked.

What about the example of King Midas, who thought he wanted as much gold as possible? How does the approach deal with someone stating their wishes incorrectly?

The robot should learn what people want by watching their actions. Then, if someone asks for something that’s technically incorrect, the robot will understand their underlying wish. Russell adds, “The robot—if it had been there—would have told Midas that he didn’t really want everything turned to gold, maybe just a few choice objects that he might point at from time to time and say the magic word.”

Russell and his Berkeley colleagues also recently announced further progress toward ensuring safe AI, with a paper on ensuring an AI’s off-switch is always accessible. An off-switch is often suggested to guarantee a robot doesn’t harm humans – if the robot goes bad, just turn it off! But what if the AI anticipates that and disables its off switch?

Russell and his team propose solving this by providing a level of uncertainty in the robot’s objective. They created another CIRL game in which the robot chooses to announce its intentions, which gives the human a chance to switch it off, or to plunge ahead with its plan, bypassing human oversight.

They showed that a robot with a fixed objective will take the second choice and disable its off-switch. But if there is uncertainty about the objective, the robot will reason that a human decision to switch the robot off would imply the announced intention is undesirable. Because its goal is to make the human happy, the robot accepts being switched off. The robot has a positive incentive not to disable the off-switch, and that incentive is directly tied to the robot’s uncertainty about the human’s true objective.

In addition to his research, Russell is also one of the most vocal and active AI safety researchers concerned with ensuring a stronger public understanding of the potential issues surrounding AI development.

He recently co-authored a rebuttal to an article in the MIT Technology Review, which claimed that real AI scientists weren’t worried about the existential threat of AI. Russell and his co-author summed up why it’s better to be cautious and careful than just assume all will turn out for the best:

“Our experience with Chernobyl suggests it may be unwise to claim that a powerful technology entails no risks. It may also be unwise to claim that a powerful technology will never come to fruition. On September 11, 1933, Lord Rutherford, perhaps the world’s most eminent nuclear physicist, described the prospect of extracting energy from atoms as nothing but “moonshine.” Less than 24 hours later, Leo Szilard invented the neutron-induced nuclear chain reaction; detailed designs for nuclear reactors and nuclear weapons followed a few years later. Surely it is better to anticipate human ingenuity than to underestimate it, better to acknowledge the risks than to deny them. … [T]he risk [of AI] arises from the unpredictability and potential irreversibility of deploying an optimization process more intelligent than the humans who specified its objectives.”

This summer, Russell received a grant of over $5.5 million from the Open Philanthropy Project for a new research center, the Center for Human-Compatible Artificial Intelligence, in Berkeley. Among the primary objectives of the Center will be to study this problem of value alignment, to continue his efforts toward provably beneficial AI, and to ensure we don’t make the same mistakes as King Midas.

“Look,” he says, “if you were King Midas, would you want your robot to say, ‘Everything turns to gold? OK, boss, you got it.’ No! You’d want it to say, ‘Are you sure? Including your food, drink, and relatives? I’m pretty sure you wouldn’t like that. How about this: you point to something and say ‘Abracadabra Aurificio’ or something, and then I’ll turn it to gold, OK?’”