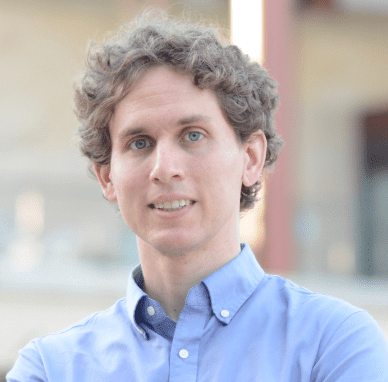 The impact of AI on society depends not only on the technical state of AI research, but also its sociological state. Thus, in addition to current AI safety research, we must also ensure that the next generation of AI researchers is composed of thoughtful, intelligent, safety-conscious individuals. The more the AI community as a whole consists of such skilled, broad-minded reasoners, the more likely AI is to be developed in a safe and beneficial manner.

Therefore, we propose running a summer program for extraordinarily gifted high school students (such as competitors from the International Mathematics Olympiad), with an emphasis on artificial intelligence, cognitive debiasing, and choosing a high-positive-impact career path, including AI safety research as a primary consideration. Many of our classes will be about AI and related technical areas, with two classes specifically about the impacts of AI on society.

Some of the greatest scientists and inventors of the future are sitting in high school classrooms right now, breezing through calculus and eagerly awaiting freshman year at the world’s top universities. They may have already won Math Olympiads or invented clever, new internet applications. We know these students are smart, but are they prepared to responsibly guide the future of technology?

These educational gaps could prove problematic as artificial intelligence assumes a greater role in our lives. AI research is booming among young computer scientists, and these students need to understand the complex ethical, governance, and safety challenges posed by their innovations.

In 2012, a group of AI researchers and safety advocates – Paul Christiano, Jacob Steinhardt, Andrew Critch, Anna Salamon, and Yan Zhang – created the Summer Program in Applied Rationality and Cognition (SPARC) to address the many issues that face quantitatively strong teenagers, including the issue of educational gaps in AI. As with all technologies, they explain, the more the AI community consists of thoughtful, intelligent, broad-minded reasoners, the more likely AI is to be developed in a safe and beneficial manner.

Each summer, the SPARC founders invite 30-35 mathematically gifted high school students to participate in their two-week program. Zhang, SPARC’s director, explains: “Our goals are to generate a strong community, expose these students to ideas that they’re not going to get in class – blind spots of being a quantitatively strong teenager in today’s world, like empathy and social dynamics. Overall we want to make them more powerful individuals who can bring positive change to the world.”

To help students make a positive impact, SPARC instructors teach core ideas in effective altruism (EA). “We have a lot of conversations about EA, but we don’t push the students to become EA,” Zhang says. “We expose them to good ideas, and I think that’s a healthier way to do mentorship.”

SPARC also exposes students to machine learning, AI safety, and existential risks. In 2016 and 2017, they held over 10 classes on these topics, including: “Machine Learning” and “Tensorflow” taught by Jacob Steinhardt, “Irresponsible Futurism” and “Effective Do-Gooding” taught by Paul Christiano, “Optimization” taught by John Schulman, and “Long-Term Thinking on AI and Automization” taught by Michael Webb.

But SPARC instructors don’t push students down the AI path either. Instead, they encourage students to apply SPARC’s holistic training to make a more positive impact in any field.

Thinking on the Margin: The Role of Social Skills

Making the most positive impact requires thinking on the margin, and asking: What one additional unit of knowledge will be most helpful for creating positive impact? For these students, most of whom have won Math and Computing Olympiads, it’s usually not more math.

“A weakness of a lot of mathematically-minded students are things like social skills or having productive arguments with people,” Zhang says. “Because to be impactful you need your quantitative skills, but you need to also be able to relate with people.”

To counter this weakness, he teaches classes on social skills and signaling, and occasionally leads improvisational games. SPARC still teaches a lot of math, but Zhang is more interested in addressing these students’ educational blind spots – the same blind spots that the instructors themselves had as students. “What would have made us more impactful individuals, and also more complete and more human in many ways?” he asks.

Working with non-math students can help, so Zhang and his colleagues have experimented with bringing excellent writers and original thinkers into the program. “We’ve consistently had really good successes with those students, because they bring something that the Math Olympiad kids don’t have,” Zhang says.

SPARC also broadens students’ horizons with guest speakers from academia and organizations such as the Open Philanthropy Project, OpenAI, Dropbox and Quora. In one talk, Dropbox engineer Albert Ni spoke to SPARC students about “common mistakes that math people make when they try to do things later in life.”

In another successful experiment suggested by Ofer Grossman, a SPARC alum who is now a staff member, SPARC made half of all classes optional in 2017. The classes were still packed because students appreciated the culture. The founders also agreed that conversations after class are often more impactful than classes, and therefore engineered one-on-one time and group discussions into the curriculum. Thinking on the margin, they ask: “What are the things that were memorable about school? What are the good parts? Can we do more of those and less of the others?”

Above all, SPARC fosters a culture of openness, curiosity and accountability. Inherent in this project is “cognitive debiasing” – learning about common biases like selection bias and confirmation bias, and correcting for them. “We do a lot of de-biasing in our interactions with each other, very explicitly,” Zhang says. “We also have classes on cognitive biases, but the culture is the more important part.”

Designing safe and beneficial technology requires technical expertise, but in SPARC’s view, cultivating a holistic research culture is equally important. Today’s top students may make some of the most consequential AI breakthroughs in the future, and their values, education and temperament will play a critical role in ensuring that advanced AI is deployed safely and for the common good.

“This is also important outside of AI,” Zhang explains. “The official SPARC stance is to make these students future leaders in their communities, whether it’s AI, academia, medicine, or law. These leaders could then talk to each other and become allies instead of having a bunch of splintered, narrow disciplines.”

As SPARC approaches its 7th year, some alumni have already begun to make an impact. A few AI-oriented alumni recently founded AlphaSheets – a collaborative, programmable spreadsheet for finance that is less prone to error – while other students are leading a “hacker house” with people in Silicon Valley. Additionally, SPARC inspired the creation of ESPR, a similar European program explicitly focused on AI risk.

But most impacts will be less tangible. “Different pockets of people interested in different things have been working with SPARC’s resources, and they’re forming a lot of social groups,” Zhang explains. “It’s like a bunch of little sparks and we don’t quite know what they’ll become, but I’m pretty excited about next five years.”