Piping Plovers are one of many endangered bird species in North America. Photo courtesy Audrey DeRose-Wilson

The following article was originally posted in the Bulletin of Atomic Scientists.

According to the Bulletin of Atomic Scientists, the two greatest existential threats to human civilization stem from climate change and nuclear weapons. Both pose clear and present dangers to the perpetuation of our species, and the increasingly dire climate situation and nuclear arsenal modernizations in the United States and Russia were the most significant reasons why the Bulletin decided to keep the Doomsday Clock set at three minutes before midnight earlier this year.

Furthermore, there are myriad phenomena that are driving biodiversity loss in addition to climate change. Other causes include ecosystem fragmentation, invasive species, pollution, oxygen depletion caused by fertilizers running off into ponds and streams, overfishing, human overpopulation, and overconsumption. All of these phenomena have a direct impact on the health of the biosphere, and all would conceivably persist even if the problem of climate change were somehow immediately solved.

Such considerations warrant decoupling biodiversity loss from climate change, because the former has been consistently subsumed by the latter as a mere effect. Biodiversity loss is a distinct environmental crisis with its own unique syndrome of causes, consequences, and solutions—such as restoring habitats, creating protected areas (“biodiversity parks”), and practicing sustainable agriculture. 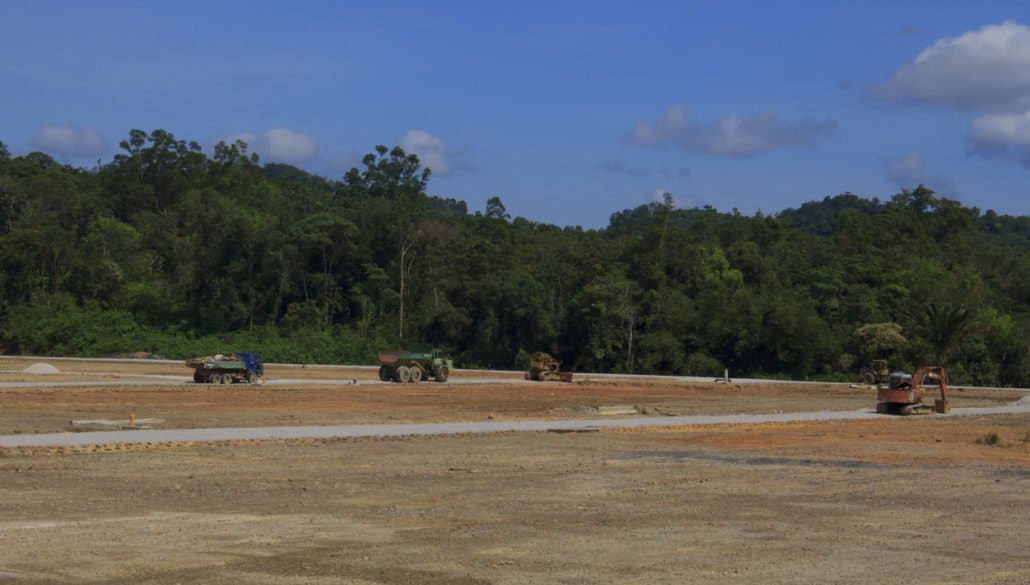 Deforestation of the Amazon rainforest decreases natural mitigation of CO2 and destroys the habitats of many endangered species.

The repercussions of biodiversity loss are potentially as severe as those anticipated from climate change, or even a nuclear conflict. For example, according to a 2015 study published in Science Advances, the best available evidence reveals “an exceptionally rapid loss of biodiversity over the last few centuries, indicating that a sixth mass extinction is already under way.” This conclusion holds, even on the most optimistic assumptions about the background rate of species losses and the current rate of vertebrate extinctions. The group classified as “vertebrates” includes mammals, birds, reptiles, fish, and all other creatures with a backbone.

The article argues that, using its conservative figures, the average loss of vertebrate species was 100 times higher in the past century relative to the background rate of extinction. (Other scientists have suggested that the current extinction rate could be as much as 10,000 times higher than normal.) As the authors write, “The evidence is incontrovertible that recent extinction rates are unprecedented in human history and highly unusual in Earth’s history.” Perhaps the term “Big Six” should enter the popular lexicon—to add the current extinction to the previous “Big Five,” the last of which wiped out the dinosaurs 66 million years ago.

But the concept of biodiversity encompasses more than just the total number of species on the planet. It also refers to the size of different populations of species. With respect to this phenomenon, multiple studies have confirmed that wild populations around the world are dwindling and disappearing at an alarming rate. For example, the 2010 Global Biodiversity Outlook report found that the population of wild vertebrates living in the tropics dropped by 59 percent between 1970 and 2006.

Consistent with these data, the 2014 Living Planet Report shows that the global population of wild vertebrates dropped by 52 percent in only four decades—from 1970 to 2010. While biologists often avoid projecting historical trends into the future because of the complexity of ecological systems, it’s tempting to extrapolate this figure to, say, the year 2050, which is four decades from 2010. As it happens, a 2006 study published in Science does precisely this: It projects past trends of marine biodiversity loss into the 21st century, concluding that, unless significant changes are made to patterns of human activity, there will be virtually no more wild-caught seafood by 2048. 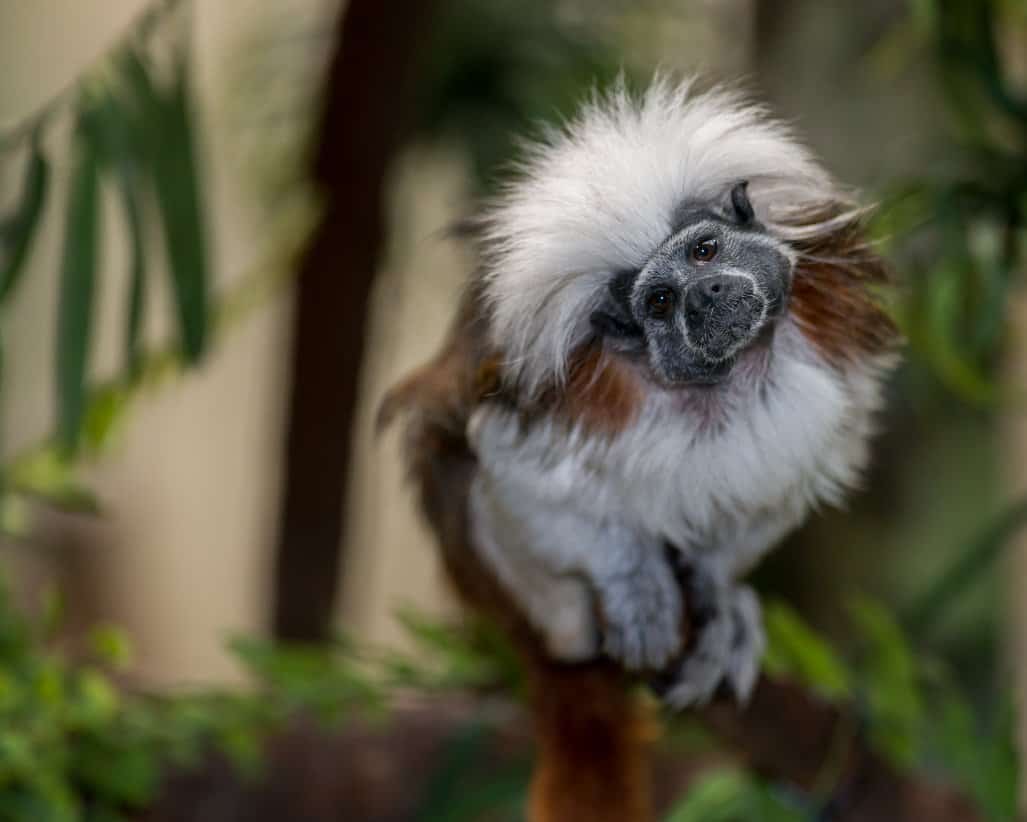 48% of the world’s primates are threatened with extinction.

The consequences of this rapid pruning of the evolutionary tree of life extend beyond the obvious. There could be surprising effects of biodiversity loss that scientists are unable to fully anticipate in advance. For example, prior research has shown that localized ecosystems can undergo abrupt and irreversible shifts when they reach a tipping point. According to a 2012 paper published in Nature, there are reasons for thinking that we may be approaching a tipping point of this sort in the global ecosystem, beyond which the consequences could be catastrophic for civilization.

As the authors write, a planetary-scale transition could precipitate “substantial losses of ecosystem services required to sustain the human population.” An ecosystem service is any ecological process that benefits humanity, such as food production and crop pollination. If the global ecosystem were to cross a tipping point and substantial ecosystem services were lost, the results could be “widespread social unrest, economic instability, and loss of human life.” According to Missouri Botanical Garden ecologist Adam Smith, one of the paper’s co-authors, this could occur in a matter of decades—far more quickly than most of the expected consequences of climate change, yet equally destructive.

Biodiversity loss is a “threat multiplier” that, by pushing societies to the brink of collapse, will exacerbate existing conflicts and introduce entirely new struggles between state and non-state actors. Indeed, it could even fuel the rise of terrorism. (After all, climate change has been linked to the emergence of ISIS in Syria, and multiple high-ranking US officials, such as former US Defense Secretary Chuck Hagel and CIA director John Brennan, have affirmed that climate change and terrorism are connected.)

The reality is that we are entering the sixth mass extinction in the 3.8-billion-year history of life on Earth, and the impact of this event could be felt by civilization “in as little as three human lifetimes,” as the aforementioned 2012 Nature paper notes. Furthermore, the widespread decline of biological populations could plausibly initiate a dramatic transformation of the global ecosystem on an even faster timescale: perhaps a single human lifetime.

The unavoidable conclusion is that biodiversity loss constitutes an existential threat in its own right. As such, it ought to be considered alongside climate change and nuclear weapons as one of the most significant contemporary risks to human prosperity and survival. 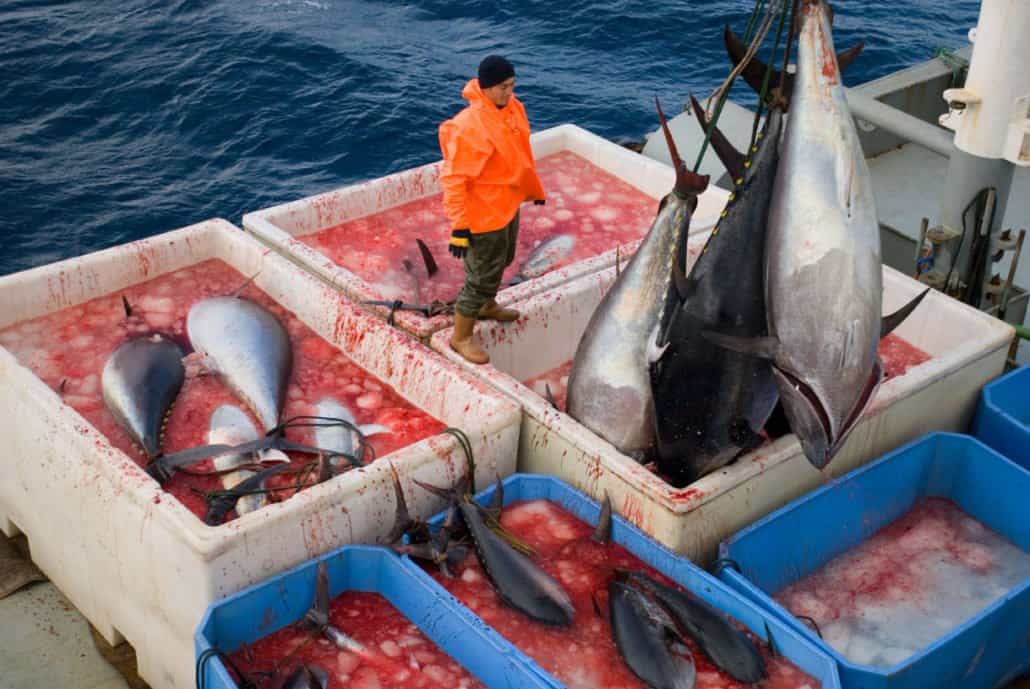