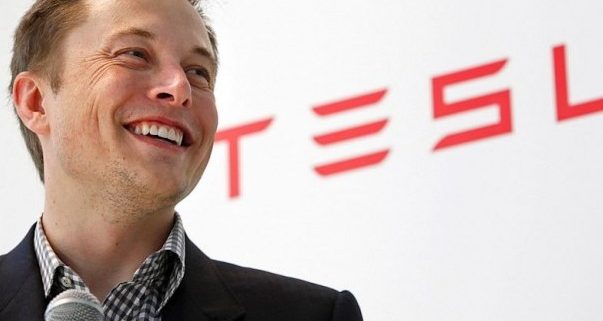 We are delighted to report that technology inventor Elon Musk, creator of Tesla and SpaceX, has decided to donate $10M to the Future of Life Institute to run a global research program aimed at keeping AI beneficial to humanity.

There is now a broad consensus that AI research is progressing steadily, and that its impact on society is likely to increase. A long list of leading AI-researchers have signed an open letter calling for research aimed at ensuring that AI systems are robust and beneficial, doing what we want them to do. Musk’s donation aims to support precisely this type of research: “Here are all these leading AI researchers saying that AI safety is important”, says Elon Musk. “I agree with them, so I’m today committing $10M to support research aimed at keeping AI beneficial for humanity.”

Musk’s announcement was welcomed by AI leaders in both academia and industry:

“It’s wonderful, because this will provide the impetus to jump-start research on AI safety”, said AAAI president Tom Dietterich. “This addresses several fundamental questions in AI research that deserve much more funding than even this donation will provide.”

“Dramatic advances in artificial intelligence are opening up a range of exciting new applications”, said Demis Hassabis, Shane Legg and Mustafa Suleyman, co-founders of DeepMind Technologies, which was recently acquired by Google. “With these newfound powers comes increased responsibility. Elon’s generous donation will support researchers as they investigate the safe and ethical use of artificial intelligence, laying foundations that will have far reaching societal impacts as these technologies continue to progress”.

Elon Musk and AAAI President Thomas Dietterich comment on the announcement
The $10M program will be administered by the Future of Life Institute, a non-profit organization whose scientific advisory board includes AI-researchers Stuart Russell and Francesca Rossi. “I love technology, because it’s what’s made 2015 better than the stone age”, says MIT professor and FLI president Max Tegmark. “Our organization studies how we can maximize the benefits of future technologies while avoiding potential pitfalls.”

The research supported by the program will be carried out around the globe via an open grants competition, through an application portal at http://futureoflife.org that will open by Thursday January 22. The plan is to award the majority of the grant funds to AI researchers, and the remainder to AI-related research involving other fields such as economics, law, ethics and policy (a detailed list of examples can be found here). “Anybody can send in a grant proposal, and the best ideas will win regardless of whether they come from academia, industry or elsewhere”, says FLI co-founder Viktoriya Krakovna.

“This donation will make a major impact”, said UCSC professor and FLI co-founder Anthony Aguirre: “While heavy industry and government investment has finally brought AI from niche academic research to early forms of a potentially world-transforming technology, to date relatively little funding has been available to help ensure that this change is actually a net positive one for humanity.”

“That AI systems should be beneficial in their effect on human society is a given”, said Stuart Russell, co-author of the standard AI textbook “Artificial Intelligence: a Modern Approach”. “The research that will be funded under this program will make sure that happens. It’s an intrinsic and essential part of doing AI research.”

Skype-founder Jaan Tallinn, one of FLI’s founders, agrees: “Building advanced AI is like launching a rocket. The first challenge is to maximize acceleration, but once it starts picking up speed, you also need to to focus on steering.”

Along with research grants, the program will also include meetings and outreach programs aimed at bringing together academic AI researchers, industry AI developers and other key constituents to continue exploring how to maximize the societal benefits of AI; one such meeting was held in Puerto Rico last week with many of the open-letter signatories.

“Hopefully this grant program will help shift our focus from building things just because we can, toward building things because they are good for us in the long term”, says FLI co-founder Meia Chita-Tegmark.

Contacts at Future of Life Institute:

The Power to Remake a Species

AI safety conference in Puerto Rico
Scroll to top
Thanks for subscribing!